Machines inventing patents: Are we entering a diminishing innovation era?

Today, we are on the verge of massive technological advancements in artificial intelligence (AI) and machine mearning (ML), which are creating computing processing power with almost unlimited capabilities. Machines, powered by these technologies, are now able to create new solutions and greater improvements to existing technologies that would not be possible by the human mind. They can work through typical human thought processes and reasoning, and have now become intelligent enough to invent patents.

DABUS, an AI system has been defined as a “creativity machine”, which means that it can form and ripen ideas without human involvement. The system has been created using an artificial neural network, which has been trained with information, in the same way as a human brain would be. It can both create new ideas and then analyse them against pre-existing inventions to ensure that they are novel.

Such systems are currently very unique, but could soon become more common, providing a massive innovation source to the companies that own them. But while they are still very much in their early development, there are some immediate questions that the technology industry is interested to understand: 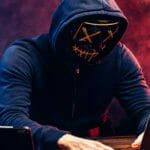 How combining AI and humans can help to tackle cyber fraud

Historically, the process of new innovations has always started with a burst of new ideas of high quality, while diminishing in number and in quality over time and reaching a plateau. This is very similar to any mining process of scarce resources, for example gold. At the beginning, gold mines have abundance of resources and the mining is very rewarding, while as you dig more and more, gold becomes scarce.

We can look at a different perspective of diminishing innovations. Ground-breaking tech companies who burst in the late 90s: Google, Yahoo, Amazon and later Facebook who demonstrated innovative breakthroughs and grew to become the tech giants they are today. Exploiting their first movers’ advantage, those platform giants left no room for others to grow and if they do emerge, they acquire them, leaving the power of innovation concentrated in the hands of a few.

An additional example is Bitcoin, which is based on blockchain technology. Bitcoins are created as a reward for a process called mining. Comparing it to the gold mine example, here, the inventor Satoshi Nakamoto set a monetary policy based on artificial scarcity. At Bitcoin’s inception, the total number of bitcoins that were set could never exceed 21 million. New bitcoins are created approximately every ten minutes, and the rate at which they are generated drops by half roughly every four years until all will be in circulation. Eventually, the reward will decrease to zero, and the limit of 21 million bitcoins will be reached around the year of 2140.

In the future, if patent mining will actually be performed on mass by machines, this process will be accelerated to the extreme, as illustrated in the red line in the above figure, and we may find ourselves at a point of patent and innovation saturation very fast.

Furthermore, at such a point along the process, we may discover that tech giants, such as Microsoft, Google, and Amazon, which already invest greatly in AI today and have immense resources, will be the first to own such patent mining machines. At this point, the power of innovation could be transferred to those few companies. This could create an even bigger disparity between the dominant technology companies, and every other aspiring company. 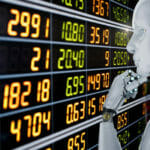 AI investment to increase but challenges remain around delivering ROI

A study has found that firms will invest more in AI after the pandemic, but delivering ROI will take skill, scale and time. Read here

Unfortunately, it may be the end of entrepreneurship as we know it. Private entrepreneurs with limited resources will not be able to compete with such titans, nor will venture capitalists be able to achieve high returns on their investments. Creativity and innovation ownership will be limited to those who can afford it.

This begs the question of, whether we could, this century, reach a point when titans own all patents and innovations, and humanity will be out of new inventions altogether?