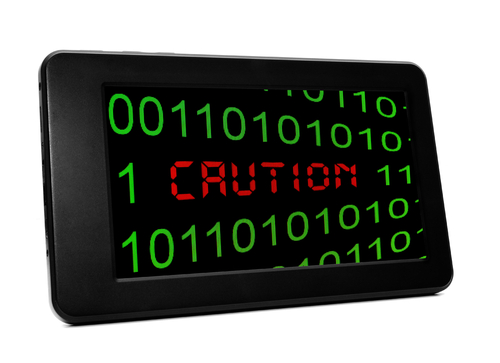 Malvertising, the smartphone and tablet adverts that leaves users vulnerable to attack, has replaced pornography as the biggest threat on mobile devices.

According to a new report on mobile security by Blue Coat Security Labs, threats from malvertising have tripled in size from 2013.

In February 2014, web ads represented the single biggest threat vector for mobile users: one in every five times a user is directed to mobile malware, it is through web ads.

Instead, users are being served far more web adverts: 12% of requested content, with a 20% rate of infection.

However, Blue Coat emphasised that mobile users should not forget the potent threat of pornography, which remains the most dangerous category of content for mobile users.

With web ads, the rise as a threat vector correlated with a rise in web ad requests. But while users don’t access pornography that frequently, when they do they are very vulnerable to malware. Despite representing less than 1% of all requested content, it accounted for more than 16% of attacks in Blue Coat’s research.

The report also explained why people are the weakest link in security as today’s threats rely on social engineering – tricking mobile users to take actions that give control to cybercriminals.

Furthermore, it found that the huge success of mobile games makes them a prime target for cybercriminals looking for popular watering holes to exploit unsuspecting consumers. Recreation categories in the form of mobile entertainment and games were found to account for 11.74% of all content requested by mobile users.

“The rise of malvertising as a leading attack vector mimics the rise of web ad traffic on mobile devices,” the report said. “This is a largely unregulated network of ad servers that can easily be tricked into serving malicious ads unknowingly.”