Managing and securing the Internet of Things 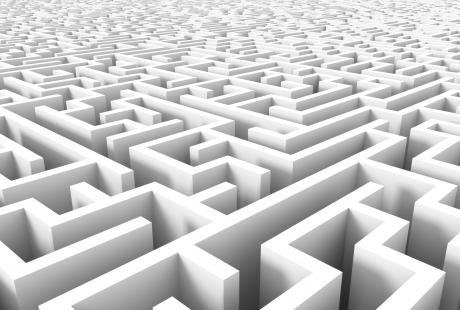 The rise of connected devices in the Internet of Things age has transformed how businesses approach operations.

The Internet of Things is on the verge of transforming the digital marketplace, and is set to dominate the way we live and work.

By 2020, 21 billion connected IoT devices will outnumber users with laptops, tablets, and smartphones by more than 3 times, according to a report by Gartner.

6% of these will be in use for industrial IoT applications.

The benefits of using IoT extend from improving operational efficiency to consumer satisfaction – it is what the next, or millennial generation expect.

Security vulnerabilities and IT misunderstanding of the connected system, however, threaten to halt and even turn this digital revolution against us.

Gartner’s report looks at the issues faced by IT organisations in identifying these devices and characterising them as part of current network access policy.

The report suggests that IT organisations will have issues identifying these devices and characterising them as part of current network access policy.

Infrastructure and operations (I&O) leaders need to update their network access policy in order to combat the onslaught of IoT devices.

>See also: IoT and its data are challenging companies

“Whether a video surveillance camera for a parking lot, a motion detector in a conference room or the HVAC for the entire building, the ability to identify, secure and isolate all IoT devices — and in particular “headless” devices — is more difficult to manage and secure,” said

It is necessary, according to the report, for IT departments to communicate and collaborate with all areas of the business in order to identify all devices and projects connected to the enterprise infrastructure and attaching to the network.

This strategy can determine how these devices will be connected.

How to monitor access and priority of Internet of Things devices

IoT devices will be connected via Wi-Fi.

The report notes that ‘many IoT devices may be using 2.4GHz, but may not be using 802.11 protocols such as Bluetooth, ZigBee or Z-Wave, which may create interference; or considering packet sniffers to identify devices may do something undesirable on the network’.

For example, you wouldn’t “have connected vending machines accessible to the same part of the network as employee records”, according to Steve Mulhearn, enhanced technologies UK & Ireland AT, Fortinet

In time segmentation will allow IT, or network architects, to prioritise IoT traffic, so the most important information is given a higher priority.

The IoT can bring tremendous insight to businesses, along with a whole lot more, but the real challenge will be to identify, manage, and secure all the information being transmitted.

Managing IoT and its data maze is a challenge businesses must overcome.