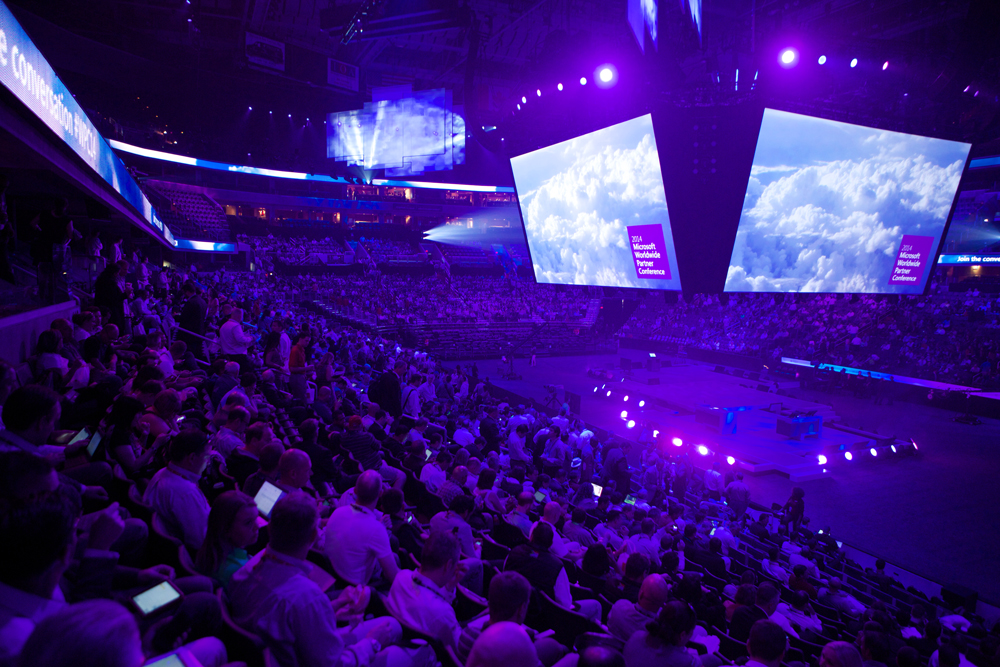 Business taking place across countries, cultures and continents has always been a challenge. Hiring a translator comes at a great cost and often results in stunted and slow transactions between parties, however this could soon be a thing of the past thanks to a clever new application showcased by Microsoft, offering instant translation, at last week’s World Partner Conference (WPC), in Washington, USA.

Using the translation tool, frictionless conversations can take place in multiple languages, which has the potential to not only have a great impact on the world of business but also social. This was one of a number of impressive business applications unveiled at the show which utilized cloud to improve the efficiency of business.

Cloud is clearly a big priority for Microsoft, which used its latest partner event to highlight the advantages and progress being made to move enterprise to a full cloud infrastructure. CEO Satya Nadella summed it up by saying ‘without cloud there is going to be no mobile experience’.

One of the most interesting debates which went alongside this move is how businesses could secure this cloud architecture when many users still practice risky behaviour with their devices.

This was powerfully highlighted by new research which claims around the world 12 people every second are victims of cyber-crime and millions of smartphones are lost or stolen every year. In this environment, how can companies’ valuable data be protected? In the US alone 3.1 million smartphones are stolen annually with a further 1.4 million lost in the same period. How much company data was on these smartphones or how secure these devices were is unknown.

Microsoft’s Kevin Turner’s keynote identified five mega trends: Cloud, Mobility, Social, Big Data and Security. A focus was the importance of designing security and privacy into the cloud architecture as a standard requirement, which becomes even more important as cloud-first is adopted by enterprises.

The Microsoft COO committed the company to contest any attempt by national governments to gain access to customer data stored in foreign jurisdictions and not to provide back doors or encryption keys to governments. He stated an intent to be the global leader in data protection, privacy and security.

However, it was also stated that a key element was the need to keep security systems streamlined as the increasingly demanding end-user requires their work device, or their own device using company applications, to be as fast and user-friendly as their personal equipment.

This was highlighted as one of the benefits of Microsoft’s strategy of delivering a single user experience on any device running Windows, especially so on Microsoft’s 1st party hardware, such as Surface Pro 3 and Windows phones where security is built at hardware and operating systems level. Clearly, a balance needs to be found.

Microsoft states their aim is to reinvent productivity, declaring that ‘time and human attention is scarce’. This means light, yet robust security solutions must be deployed to offer the same level of protection as the more complex systems large enterprises may have traditionally put in place. Authentication of the device’s credentials becomes a key consideration in this new environment, which means deploying security systems on the devices themselves as well as within the cloud architecture.

One of the most interesting approaches discussed was the increasing need to harmonise dual uses for devices. With even ‘work exclusive’ devices now also being used for traditionally personal activities, such as email and social media, organisations and those designing the corporate technological architecture need to build in segmentation tools.

> See also: The outside-in battle for the soul of the cloud

By adopting policies which completely and securely split where the data is stored and which applications can access certain elements of the device or corporate cloud, enterprises can take an important step in protecting their information while also ensuring the system is as intuitive as possible.

Cloud as a necessary step for enterprises was widely accepted and, indeed, it provides great opportunity for business. The workforce of 2014 are generally extremely tech-savvy and have high standards of their employers to supply equipment fit for a connected workplace. The smartphone is now an integral part of many people’s everyday lives and that includes work.

Keynote speaker Tiffani Bova, VP, Gartner Research, claimed employers should note the ‘experience economy’ where consumers and businesses alike demand to experience technology in new ways to enrich their lives and improve how they do business.

By adopting cloud-first, businesses in turn adopt mobile-first. This future thinking strategy is clearly a goal of companies looking to lower their physical footprint, it has environmental advantages and can dramatically improve efficiency. Cloud also has the power in applications such as instant translation to reward adopters with a smoother way to do business.

However, before this technology is adopted widely across a corporation, it is imperative enterprise-grade security systems are adopted to ensure secure data remains secure. Only then will companies learn to truly trust the cloud.