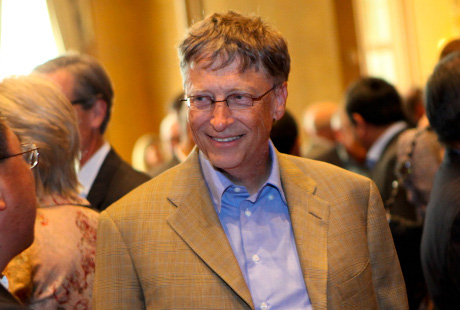 Three Microsoft investors, with a combined 5% shareholding in the company, want founder Bill Gates to step down as chairman of the board of directors, according to a report by Reuters.

"People familiar with the matter" told the news agency that the investors are worried that Gates tenure as chairman "blocks the adoption of new strategies and would limit the power of a new chief executive to make substantial changes".

"They are also worried that Gates … wields power out of proportion to his declining shareholding," it said.

If true, the news reveals the extent to which investors are demanding change at Microsoft.

All of this is in aid of the company's new strategy, in which it aims to become a "devices and services" company.

Clearly, such a strategy will entail significant upheaval for what is arguably the quintessential software company.

Still, the suggestion that Gates – an icon in the IT industry – should step down as chairman, is remarkable.

Once reviled in the tech community for perceived abuses of Microsoft's considerable (though now dwindling) influence, Gates's personal reputation has improved recently thanks mainly to his philanthropy.

Gates has donated $28 billion to the foundation that bares his and wife Melinda's names.