Skip to content
Home » Topics » Communications & Networking » From music piracy to enterprise IT: The evolution of peer-to-peer

From music piracy to enterprise IT: The evolution of peer-to-peer 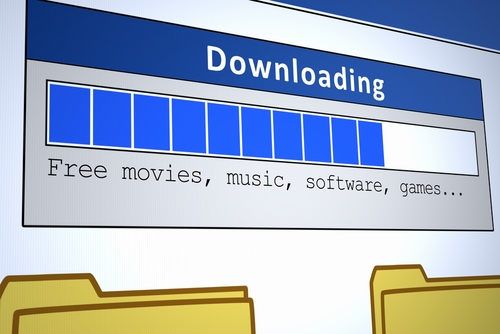 Napster is best known for opening the door to music piracy, overloading college campus networks, and sparking a frenzy of legal actions.

It was also famous for wreaking havoc on computer security because it had no restrictions on who could upload or what they could upload.

Plus, anybody could download anything anonymously. Napster wasn’t the earliest peer-to-peer (P2P) system, but it was the first one to show the world how powerful P2P can be, and how rapidly it can scale.

From ARPANET to BitTorrent

The US Advanced Research Projects Agency Network (ARPANET) was built in the late 1960s/early 1970s. It was one of the first operational packet switching networks, and a P2P system — although there were so few peers at the time they could all be drawn on a single map.

It also gave birth to TCP/IP, a protocol designed to blast as much traffic across the network as fast as it could.

In the 1980s, with no central server controlling it, email via SMTP became the next big P2P technology allowing peers to communicate using standard protocols.

Unfortunately, to this day, email continues to be notoriously insecure, and is the source of most widespread virus and malware infections, and countless security breaches.

Although ARPANET was eventually shut down, and Napster reached its demise in 2001, P2P file sharing continues to thrive.

The most widely used P2P technology today is the protocol BitTorrent, which is even less secure than Napster. Since BitTorrent does not have an owner, central servers, or a centralised database, nobody can control what files are available or even make a list of them all.

This makes it a prime location for hackers to deploy viruses. Additionally, it can clobber networks with relentless traffic, or slow a machine to a crawl by pulling files off disk nonstop to serve content to others. Also, a user’s disk can quickly fill up.

A new generation of P2P technology has been created to address the security and low-impact needs of the enterprise.

With advanced implementations, there is no impact to the client systems. Additionally, when enterprise P2P technology is done right, organisations also get optimised network WAN that doesn’t interfere with business-critical network traffic.

The most dramatic benefit to enterprises deploying P2P technology is virtualised infrastructure. Although Gartner predicts the worldwide IT spend to increase 3.2% in 2014, reaching an estimated $3.8 trillion, business executives are looking to reduce their massive infrastructure spending.

Instead of deploying hundreds of servers to different operating locations around the world, enterprises can enable P2P technology to do the same thing in many use cases, drastically minimising expenditure on servers, maintenance and administration.

For security, enterprise P2P systtems control everything through a central database – with real-time tracking of every byte of every file on every peer around the globe – and automatically encrypt data for an added layer of protection.

The final challenge that has been met with in enterprise P2P is “low impact”, on peer systems and the WAN. Intelligent solutions can find and utilise unused disk space on peers, so users can participate in the P2P network without losing any.

A virtual SAN can orchestrate the vast available storage at a site, maintaining multiple copies of content for redundancy and load balancing so that no single peer gets overloaded by serving several others. It provides an almost limitless cache, so data is sent over the WAN only once to an operation location, instead of once for each peer.

Since crude P2P first appeared nearly 50 years ago, it has evolved into a reliable global business tool. No longer haunted by the security flaws of Napster, P2P is quickly on the rise within the enterprise.

While initial use cases are application-specific, with systems management a good fit, the growth of P2P in the enterprise will be an interesting one to observe in the coming years.