MySQL refugees reunite to take on Oracle and NoSQL 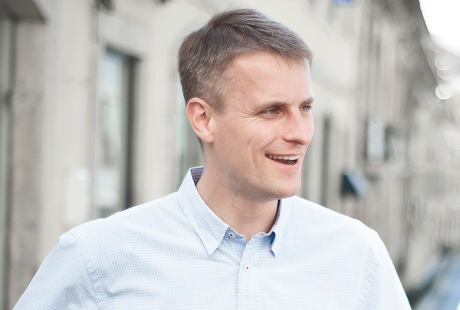 One of the more ironic aspects of Oracle’s industry-reshaping acquisition of Sun Microsystems in 2010 was the fact that the deal brought with it MySQL, the open source database that Sun had itself acquired in 2008.

Here was the dominant proprietary relational database vendor taking ownership of not only a rival product, but a company whose whole ethos seemed diametrically opposed to Oracle’s famed commercialism.

Inevitably, many MySQL employees jumped ship. Monty Widenius, co-founder and original author of MySQL, started the MariaDB project, a ‘fork’ of the MySQL database named after his daughter. He also lured a number of the original MySQL engineers to work with him on MariaDB.

Meanwhile, some of MySQL’s more commercially focused workers set up SkySQL, a company that provides training and support services around the original MySQL product.

According to SkySQL CEO Patrick Sallner, it was not hard for either company to pick up business in the wake of the Oracle acquisition. “There were a number of businesses who did not feel comfortable having Oracle as the vendor behind their open source project,” he says.

In particular, he says, it has failed to keep up with the growing scalability and availability demands of website operators, MySQL’s core installed base. This has had three consequences.

Some companies have gone looking for an alternative to MySQL, and many of them – including Wikipedia and the Financial Times – have selected MariaDB.

Others sought functional add-ons to the core MySQL code base. In response to this demand, SkySQL has started engineering some of its own software.

These two factors made it clear that MariaDB and SkySQL could be stronger together than apart.

“MariaDB adoption has been very strong in the last six months, but the organisation supporting it simply didn’t have the structure to work with enterprise customers,” he says. “They were essentially a engineering organisation; they didn’t have any sales or services.”

“Meanwhile, SkySQL was developing more and more products, which could really benefit from deeper integration into the database,” he says.

The two companies therefore merged in April of this year. Under the name SkySQL, the combined company now offers enterprise subscriptions to MariaDB as well as support and training services for the legacy MySQL installed base.

This does not constitute a conflict of interests, Sallner insists. “We will continue to support both,” he says. “We want to make sure MariaDB is so good that people want to move over, but we will not force anybody to migrate.”

Furthermore, many companies will continue to use MySQL for established system they do not wish to replace and MariaDB for newer projects, making them ideal customers for the newly merged SkySQL.

The third consequence of the MySQL project’s to keep up with the scalability and availability demands of the current time, Sallner says, has been the proliferation of non-relational, or NoSQL, databases.

In theory, this could prove more of an existential threat to SkySQL than Oracle. If the kind of companies that might once have used MySQL reject the relational database altogether, neither MariaDB nor its MySQL services will be of much use.

SkySQL is therefore working on technology that brings some of the scalability of NoSQL to MariaDB. “We’ll be coming out with a solution for MariaDB shortly that allows for full scalability and elasticity,” Sallner says.

“And we’re building various technologies that allow you to manage MariaDB clusters as if they were one server,” he adds. “That means you can manage them across infrastructure platform – across clouds, specifically.”

“This will allow companies to stay with MariaDB, because it solves those needs.”