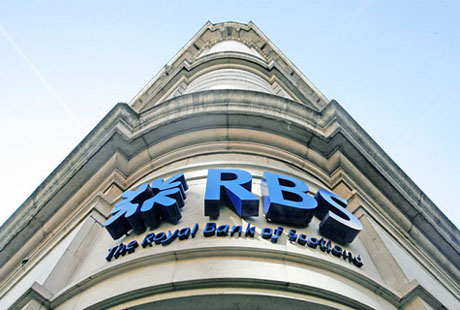 On what was supposed to be the busiest shopping day of the year for online retailers, RBS group customers were denied access to their accounts for the third time in 18 months.

Hundreds of thousands of NatWest and Ulster Bank customers' transactions were blocked and access to its online and mobile banking services was also disrupted yesterday.

The banking group is once again facing a hefty compensation bill, despite the fact that it installed a new system in September as a response to previous glitches.

'This year retailers have been preparing for what many of them hope will be a record breaking day of online sales. Initial estimates show that online spending will top £500m for the day and online analyst Experian expects that UK consumers alone will have made 113 million visits to online retail sites.'

As a result of the meltdown, which left up to 24 million shoppers unable to cash in on Cyber Monday deals from 6.30pm to 9.30pm, NatWest has promised to compensate customers who were left out of pocket.

In June 2012 millions of NatWest and Ulster Bank customers experienced similar problems over several weeks, forcing the bank to open 1200 branches on a Sunday for the first time in its history.

The meltdown cost the company £175 million in compensation after property sales fell through and holidays were interrupted in what was one of the biggest ever technical failures in banking.

A spokesperson for the RBS group told Sky News that the latest problems were 'completely unrelated' to high transaction volumes during Cyber Monday, but were unableto give an explanation for the faults

'The databases in financial institutions are large and often more complex than in other companies. IT departments provide copies of databases for testing, but by the time a copy is available, the data itself is often old. In our data intensive world, data can be obsolete after only a couple of hours, but when refreshing just a single testing data set can takes days, the data will never be up to date enough for risk free testing.'