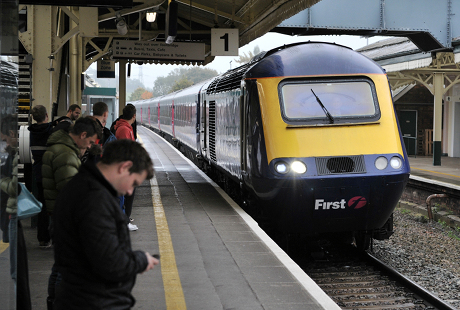 by Pete Swabey5 June 2013
Network Rail, which owns and operates the rail infrastructure in the UK, has announced its new, cut-down list of strategic IT suppliers.
The organisation has signed new framework agreements with Accenture, BAE Systems Detica, CSC, Cognizant and TCS.
The supplier rationalisation follows a strategic review by CIO Susan Cooklin. Speaking to Information Age earlier this year, Cooklin said that she felt that the company had too many external suppliers and that it was affecting project delivery.
"We had rationalised our supplier list down quite a bit, but I still felt that we had too many," she said at the time. "Our aim is to get the supplier list down to no more than five, which I think will help improve our success rate at delivering projects."
National Rail has signed what it calls "zero-value" IT solutions and system integrator framework agreements with each of the vendors, meaning they are now officially preferred suppliers. Projects will be negotiated individually.
"By creating this framework we will be able to scale more flexibly our resources to meet demand, while retaining our vital assurance role," Cooklin said in a statement yesterday.
In her interview with Information Age, Cooklin said that her strategic review identified project delivery as one of the Network Rail IT function's weaker points.
"I found that we had started to do the work that the third party was supposed to be doing. Instead of assuring the design, we were starting to do the design ourselves, either because people didn’t trust the supplier or because they had their own view on the project.
"That meant we were taking back the risk. Instead of the risk being with the third party, it started transferring back to us, which was not where I would like us to be.
To address this, Cooklin introduced an 'efficiency and effectiveness programme'.
"Now we’re getting better at defining our requirements, we are assuring third parties’ designs and making sure we’ve got the right contract in place – everything we should have been doing in the first place."