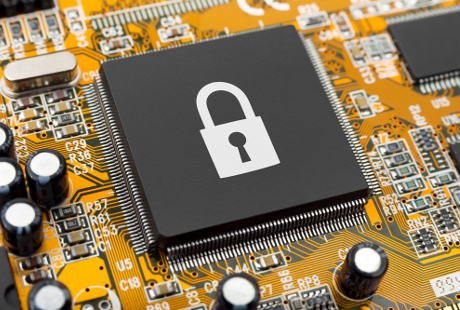 Thanks to the NSA and GCHQ, (coupled with ongoing allegations against the Chinese), security, corporate privacy and encryption have moved swiftly up the corporate agenda. Identity management, which has often been seen as a ‘nice to have’, will become even more of a ‘must have.’

As one example, the majority of wireless access point deployments in SMEs are connected to the trusted network, effectively bypassing the gateway security controls and policies. This isn’t sustainable, as wireless becomes the core of the network. There will be a rise in the deployment of both 802.11ac wireless and associated access point security.

With the exponential growth of smartphones, and their expanding use as essential business and personal tools, organisations are facing up to the necessity to protect them. Smartphone security has at last reached the radar, and sales will grow strongly in 2014.

Identity management solutions include those from Gartner Magic Quadrant market leaders VASCO and SafeNet. Wireless security solutions are available from vendors such as WatchGuard, Check Point and Xirrus. Kaspersky Lab is one of the vendors providing smartphone security.

The rapid growth of mobility and the increase in numbers of mobile devices will carry on during 2014. This increase will go hand in hand with further growth in convergence, with all the associated threats and benefits.

As the number of mobile devices multiplies, managing them will be ever more crucial. MDM solutions will see further growth. Relevant MDM features will include – ensuring that usage complies with company security policies; allocating access rights; managing configuration; updating policies; dealing with data leakage issues; and dealing with lost or stolen devices.

MDM solutions are available from suppliers such as Kaspersky Lab.

802.11ac, the new wireless standard, is scheduled for full IEEE certification in February 2014. It will deliver 1Gbps throughput initially, rising over time (and with enhancements) up to 7Gbps.

The shift from older 2.4Ghz mobile devices to faster (but shorter range) 5Ghz devices will directly lead to a significant proliferation of access points, with an associated rise in cabling, service and configuration activities.

IPV6 will make an increasing impact in enterprise organisations, as infrastructure upgrades create greater corporate IPV6 awareness and increased connectivity to IPV6 customers and suppliers. IPV6 has a number of key mobility and roaming attributes, including the 'home address' concept, which will raise some interesting challenges

Infrastructure, security and services around IPv6 will grow in 2014. IPV6 has greater security capabilities, however, during the extended migration period from IPv4 to IPv6, major security holes are created.

Transition to IPv6 is facilitated by solutions such as those from A10 Networks.

> See also: Reporting and analytics: four trends that will shape 2014

The rise in data volumes has changed the computing environment for many organisations, with challenges created in managing and reporting on the increasing amount of data, as well as dealing with the growing risk of data loss. 2014 will see data volumes continuing to grow, with a rise in sales of solutions which protect and manage these large amounts of data.

There are many such solutions in this area such as those from Imation and Barracuda Networks.

With multiple threats, organisations have deployed multiple security solutions and lost sight of what’s actually happening on the threat front. Consolidation to single suppliers will continue, but alongside that, deployment of reporting across multiple vendors will grow strongly.

Solutions which offer easy and quick visibility into what is happening, and has happened on networks, will rise in popularity. However visibility has proved to be insufficient and there will be increased momentum in systems that can not only report, but also remediate.

Growth in cloud systems and SaaS will continue, particularly for utility services and amongst early adopters. The two key challenges to growth include privacy concerns and security. Solutions that address these issues are beginning to increase at a faster rate than the market.