Can Nick Clegg, the liberal politician repair the Facebook image despite data backlash? 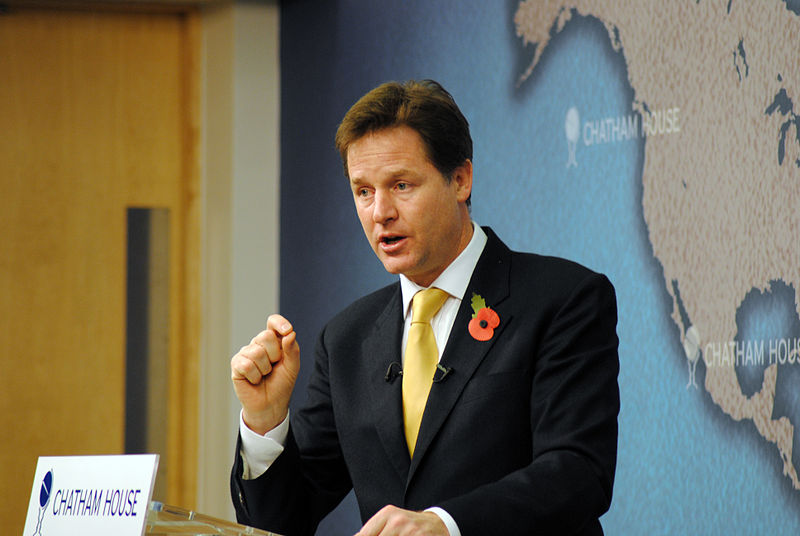 When he appeared, before Congress earlier this year,  Mark Zuckerberg said Facebook’s goal was “certainly not to engage in political speech”.

This is a shame, because its new head of public affairs, is rather good at political speech – except that is when he promises to scrap student tuition fees.

Nick Clegg, former Deputy Prime Minister of the United Kingdom is a liberal. Mark Zuckerberg, CEO and founder of the world’s biggest online community builder, may well espouse views that complement liberal thinking, certainly the biggest one-off political donation he has ever given was to the US Democrat Party in San Francisco.  He is very careful not to articulate his politics too clearly, but the sentiments he expresses often feel quite liberal – he has spoken in favour of universal basic income, too.

It is just that Facebook data, or at least data acquired via Facebook, was used by Cambridge Analytica to possibly manipulate the results of the EU referendum and the election of Trump.

Since Mr Clegg was an ardent Remainer, it seems highly unlikely he was pleased about the role of Facebook in creating the Brexit vote, and as a Liberal, be may not have been too chuffed about the Facebook role with the US election.

Despite this, he is now working for Facebook anyway.

Liberals are meant to be great believers in freedom of speech, and human rights. Presumably then, they also believe in the human right to privacy, a right that the EU’s GDPR refers to in its first paragraph.

Yet, speak to many experts in the world of privacy, advocates of regulating data, Facebook is often described in such terms that you would think they were describing a Sith Lord

As for Mark Zuckerberg himself, he once listed a book entitled ‘Orwell’s Revenge,’ by Peter Huber, as one of his favourite books.  “Many of us are familiar with George Orwell’s book 1984. Its ideas of Big Brother, surveillance and doublespeak have become pervasive fears in our culture,” he said. He added: “Orwell’s Revenge is an alternate version of 1984. After seeing how history has actually played out, Huber’s fiction describes how tools like the internet benefit people and change society for the better.”

Of course, he is not wrong. The internet could ultimately become the greatest tools ever for supporting democracy.

But in the era of big data, when the ghostly spectre of George Orwell hovers in echo chambers and across internet filters, when China advance its social credit system, privacy feel like it is danger of becoming the kind of thing Winston Smith was all too familiar with.

Mark Zuckerberg once said: “People have gotten really comfortable, not only sharing more information and different kinds, but more openly and with more people.” He went on to imply that lack of privacy has become a “social norm”.

Nick Clegg whilst speaking to an audience at ad:tech London, said that the big “five [techs] are in danger of being seen in the same light as bankers or even politicians.Some of that anger, for example on tax, is in my view both predictable and legitimate. The big firms have much more to do to prove that they are good global citizens. But in other areas, they’re being unfairly caricatured, often by a print media that has an ulterior motive to discredit social media because of its success in attracting online advertising revenues that otherwise might be spent on newspapers.”

Is he right, or is he falling to the dark side?