Nordea prepares for wave of regulation with new data warehouse 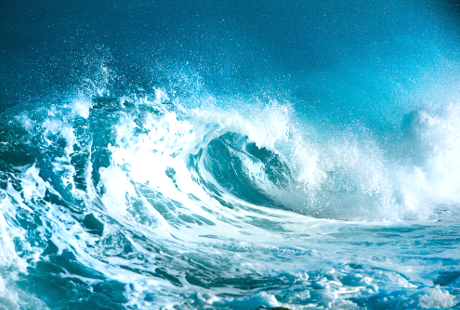 The banking crisis struck the Nordic region as hard as anywhere else. In Denmark alone, over 20 banks have disappeared in the last few years, taken over by competitors or the government.

Nordea, a pan-Nordic bank headquartered in Sweden, has fared relatively well during the crisis – it has climbed up the rankings to become Europe's seventh largest bank by market capitalisation, as many of its rivals have floundered.

But conditions are undoubtedly tough. "We have been squeezed on capital, squeezed on liquidity, and there is a lot of new regulation coming up," Rasmus Wener Nielsen, CFO of Nordea's Danish division said today, at the Teradata Universe conference in Copenhagen.

This regulation includes the Basel II capital adequacy rules, the new FINREP reporting rules from the Committee of European Banking Supervisors, and FATCA, a new tax compliance regime from the US.

Meeting these regulatory requirements will take what Nieslen describes as "data discipline". Indeed, he believes that, in the coming years, banks that do not have data discipline will collapse.

Three years ago, Nordea did not have data discipline. The company's information architecture reflected its history – the company was formed of four separate banks that merged in 2000, and it's IT systems were still siloed.

This meant employees spent a lot of their time reconciling figures, compiling data from different sources, and worrying about whether that data was true, Nielsen says.

In 2010, the group finance department decided it needed a single version of the truth, and embarked on project to build a finance data warehouse for the entire bank.

The business case for the project was based on the CEO's mantra – to create "great customer experiences". The data warehouse would provide the platform for a customer profitability system, which allowed relationship managers at the bank's branches to analyse a customer's account quickly and easily, saving time and improve job satisfaction.

"We sold the cost of the project to management by saying, we will be able to serve the customer better and it will be more fun to work with."

The bank selected Teradata as the provider of the data warehouse project. It was a three year deployment, with each of Nordea's four regions added to data warehouse in turns.

It has been an intensive process, he says. "I feel more like an IT manager than anything else."

The group finance organisation did its best to stay focused on the task at hand, and not add any functionality beyond the agreed strategy. "It's very important that we would only implement what we agreed on," Nielsen says.

However, a new set of regulatory requirements announced mid-project threw a spanner in the works. "We argued over whether we should use the old systems or the new data warehouse," recalls Nielsen. "Obviously, it would be stupid not to use the data warehouse, so we had to move away from the strategy".

Another challenge was the pace of data growth. Nordea would spec out the requirements of each of its divisions in advance, but when it came time to implement the system six months later, those requirements would have changed significantly. "We always needed to buy more capacity," he says. "That's not the best scenario for a CFO".

But it has been worth it, Nielsen says. Besides the customer profitability system, the data warehouse is the platform for a shared general ledger for every division; a performance management system; and the data source for its forthcoming regulatory reporting requirements.

In all, Nielsen says, the project has improved both the speed and quality of reporting and analysis.

It is testament to the value of the system that, out of eight initiatives that were launched by the bank three years ago, it is only one to have survived budget cuts.

Another is the fact that there are still a number of departmental data warehouses, for the retail or marketing divisions, for example. Nielsen says the goal is to create one master data warehouse for the entire organisation.

"We think group finance data warehouse should be the platform for the whole business, but that will take a lot of discussion.

"The biggest question is whether the group finance department can manage the group data warehouse or if it should move into IT," he explains. "If so, would IT be able to maintain this single version of the truth.

"The business units are worried that they might have to give something up as well."