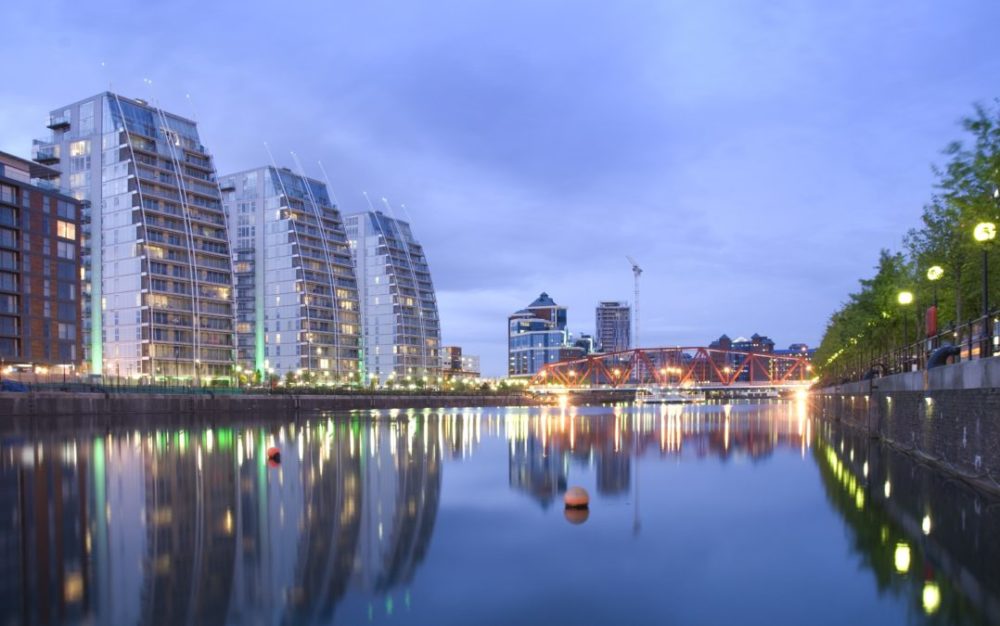 After all, research from CWJobs shows a quarter of IT decision makers would launch a new start-up in Manchester rather than London. Similarly, those leaders already managing tech companies across the UK are also tempted with a move to the northern tech hub – with over a fifth claiming that they would consider a switch to Manchester. This is already a well-trodden path following the BBC’s relocation to Salford around a decade ago and Channel 4 heading to Leeds.

So why is Manchester becoming an ever-increasingly valuable asset in the UK’s prestigious tech sector?

One of the key reasons is the extensive talent pool that is initially attracted to the city by its world-class educational institutions. The University of Manchester, amongst others, boasts a long and established history across subjects such as technology and the sciences, which continues to attract some of the UK’s best candidates. Of course, the same is true for other cities across the Northern Powerhouse hub, including Leeds and Sheffield – which is a key factor contributing to the strength of the sector across the region.

Tech companies looking to relocate from the capital, as well as new start-ups, are realising that some of the UK’s top tech talent looking is already settled in cities across the country. And, unlike in previous years, they may not wish to relocate in order to secure a new role.

Previously, the Northern Powerhouse would have been negatively impacted by a “brain drain” towards the capital as ambitious and knowledgeable young tech professionals and recent graduates packed up and headed south. Thankfully, for a wide variety of reasons, including spiralling property prices in the capital, a flourishing cultural scene in many northern cities and a willingness from companies to base themselves outside of London, this is no longer the case. In fact, over 10,200 people moved from the capital to Manchester, versus 8,870 going from Manchester to London, according to Reach UK PLC.

The latest research from CWJobs indicates that 57% of tech professionals who have relocated to Manchester believe the city boasts the best work/life balance in the UK and is, therefore, more enticing than London – indicating that the capital may be losing its grip as the most desirable place for tech professionals.

Is the UK’s skills gap impacting tech growth across the Northern Powerhouse?

Of course, despite widespread growth in the tech sector and the blossoming reputation of tech companies and brands at home and abroad, a skills gap still exists across the UK. According to our research, 94% of tech employers believe there is a lack of key skills across the sector, with areas such as cyber security in particularly short supply.

This research amongst IT and tech professionals and decision-makers indicates that more than four in five (84%) UK tech companies are finding it increasingly challenging to hire IT and technology talent. The issue is even more prevalent in the North of England, where 88% of organisations have difficulty in hiring key tech talent – showing that it is a nationwide issue.

In order to bridge this skills gap and ensure that the UK’s valuable tech sector continues to grow and compete internationally, it is vital that companies recruit top tech talent from across the UK. For too long, tech start-ups flocked to London which, therefore, led to a recruitment drive focussed around the capital.

Which UK cities are the most attractive to cyber specialists?

How the UK can overcome its tech shortage?

There are many reasons why talented tech candidates may be unwilling to relocate to the capital. So the development of the Northern Powerhouse, and the emergence of Manchester as a real driving force in the UK’s tech sector, is a long-overdue and welcome addition to the UK’s overall tech capability.

It’s important that all tech hubs have access to the widest pool of talented candidates to choose from. To make this aim achievable, there needs to be a far more cohesive movement to boost tech skills across the workforce. The most effective way to ensure that the tech pool has all the skills necessary to compete with international workers and continue to drive the UK tech sector’s growth is to ensure that tech skills are introduced and developed from a young age.

Due to the rise of automation and artificial intelligence, many believe that human insight is less important, but is this the case? With the cloud now underpinning business transformation, thanks to a growing technology skills gap, organisations are struggling to stay ahead of the curve

This is where Manchester has a distinct advantage over its competitors across the UK. The city boasts the educational infrastructure and reputation as an advanced learning hub to attract and train candidates for a career in tech. If the prestigious educational institutions across the Northern Powerhouse continue to deliver the high levels of education and training, then the region will increasingly gather momentum and continue to make ground on the capital as the UK’s major tech hub.

In fact, this has already started. There has been a 38% increase in job listings in Manchester on CWJobs between 2017 and 2018, showing tech companies are increasingly looking for talent in the region.

Although it would be inaccurate to say that London’s tech bubble has burst, the battle for the hearts and minds of the UK’s tech talent has never been more closely contested.