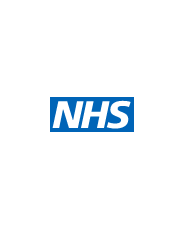 Measures taken to reduce the scope of NPfIT, the IT programme for the UK's National Health Service, have limited its potential value more than they have reduced its costs, a report from the National Audit Office has found.

There have been a number of changes to the programme since it was launched in 2002: the number of suppliers has fallen to just two – BT and CSC – and the number of NHS trusts that are committed to using the care records systems at the centre of the programme has also fallen.

The National Programme for IT in the NHS: an update on the delivery of detailed care records systems – NAO report

Neither change has increased the chances of the NPfIT delivering value for money, the NAO report found.

"The Department [of Health] has … significantly reduced the scope of the programme without a proportionate reduction in costs, and is in negotiations to reduce it further still," the report found. "So we are seeing a steady reduction in value delivered not matched by a reduction in costs."

The NAO's investigation established that the ambition of creating a single electronic record for every patient of the NHS will not be achieved, reducing the potential operational benefits. It also discovered that because fewer trusts plan to use the new systems, there will be extra costs to make the care records systems interoperable.

The report includes a quote from the Department of Health defending the progress of the programme so far. "The money spent to date has not been wasted," it said. "More than half of the Trusts in England have received systems under the programme and no supplier is paid for a system until that system has been verified by the Trust to have been deployed successfully."

Speaking at a conference organised by Google earlier this week, UK chancellor George Osborne said that publishing health care data online would help citizens to scrutinise the performance of the UK's various healthcare providers and allow scientists to analyse the spread of diseases and other health issues.

A 2009 report from right wing think tank the Centre for Policy, which suggested that private companies including Google could be entrusted with patient care records, is believed to have influence the current Conservative party leadership.