Who’s afraid of AI? Professional workers are ready to embrace it! 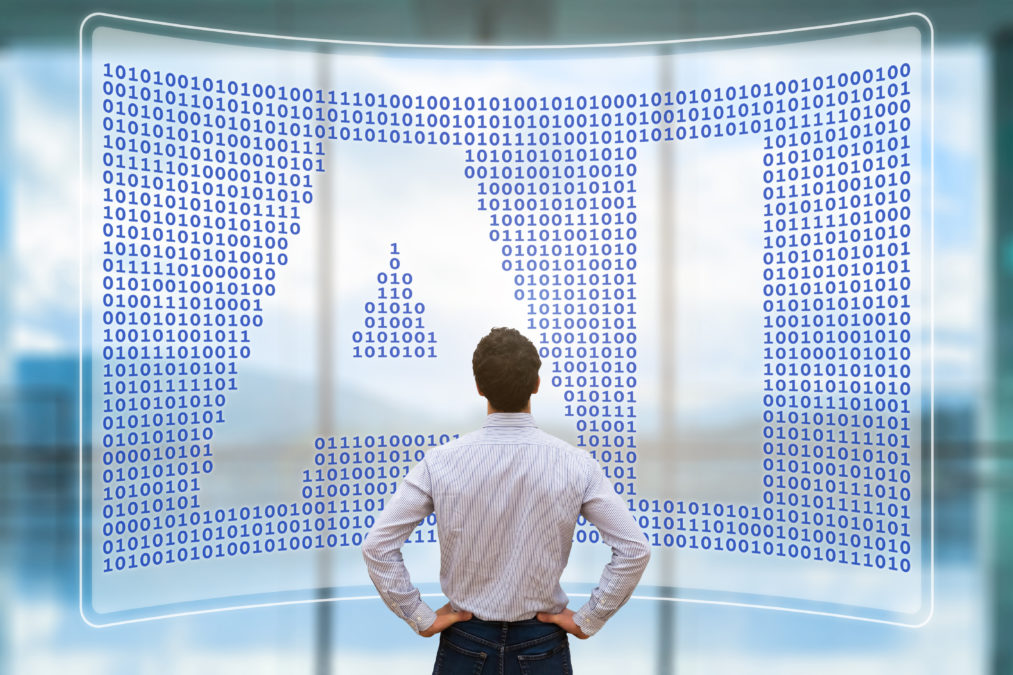 Fears that AI may destroy jobs don’t seem to be resonating with professional workers in the office – at least various surveys find that around two thirds aren’t worried. As for companies, they foresee some very specific areas where AI will come in handy. But is there too much complacency on this one? If the Chief Economist of the Bank of England is right, then there is.

“You don’t have to be mad to work here, but it helps,” or so people have been saying for a very long time. There is something else people say about their job, typically, — ‘it’s a people job’.

Maybe Andrew Haldane, chief economist at the Bank of England, doesn’t get the bit about people. Or maybe, workers who responded to surveys don’t know as much about economics as the Bank or England’s chief economist.

Mr Haldane recently warned that that the so called fourth industrial revolution will have a much greater impact on the jobs market that the previous industrial revolutions, and that the “hollowing out [of the labour force with this revolution] is going to be potentially on a much greater scale in the future, when we have machines both thinking and doing – replacing both the cognitive and the technical skills of humans.”

AI Impact on Jobs & the Skills of the Future

According to a survey produced by Adobe, of full and part-time professionals from the US, UK and India, 68% aren’t worried about the growth of AI in the workplace as they feel their roles will still need human abilities that technology can’t replicate. The survey did not ask, or so it is assumed, whether it helps ‘if you are mad to work in your particular work place?’

As for employers, according to the Global Trend Survey (GTS) of Artificial Intelligence, almost a third of companies believe that by 2020, AI’s greatest impact will be in sales, marketing or customer service. It seems that it is non-customer facing functions, such as finance, strategic planning, HR and corporate development, where AI will have its great impact, or so 20% of companies reckon.

Robots And AI: The Future Is Automated And Every Job Is At Risk

According to a report by Indeed, these are the top five tasks people are most comfortable with being automated:
• Job search assistance, 35%
• News reporting, 33%
• Healthcare support, 25%
• Finance management, 24%
• Driving vehicles, 23%

Returning to the TCS study, it surveyed the use of AI in 13 industries and found insurance, consumer packaged goods, and high-tech outspent others.
• Automotive – 90% of automotive participants say they use AI today, with an additional 10% saying they plan to incorporate AI by 2020.
• Banking and Finances – According to the survey, most businesses in this sector made use of AI to deter security breaches.
• Consumer Packaged Goods – According to the survey, consumer packaged goods companies spent the most on AI in 2015, gaining 12% in revenue and 12% cost savings.
• Energy – In the energy sector, employee training is key to AI project success. Energy companies are using AI to improve current business processes.
• Healthcare and Life Sciences – About 86% of participants in this sector make use of cognitive technologies, with two companies spending more than $100 million on AI in a year.

Future of AI in the Workplace

According to Gartner, while AI might destroy 1.8 million jobs, it is expected to create a total of 2.3 million jobs, and in the long term, even more jobs will be created and enhanced by technology.

>See also: 5 top tech jobs to try and get into

Ciara Morrison, Head of HR & Talent at Instant Offices gives her thoughts to what the future of AI in the workplace beholds. She said: “Following our research, we can see the benefits of AI for business-owners include improved recruitment processes, increased productivity, lowered costs and better monitoring of workflow, as well as a better understanding of employees and how they engage with office space, teamwork, tasks, meetings and more.

“Not only that, it is equally beneficial for employees, as it is clear to see that tech can improve safety at work, increase their happiness and wellbeing, provide impartial and valuable feedback on performance and provide learning opportunities, among other things.”