Compute, network and storage: everything else is ‘nonsense’ on OpenStack 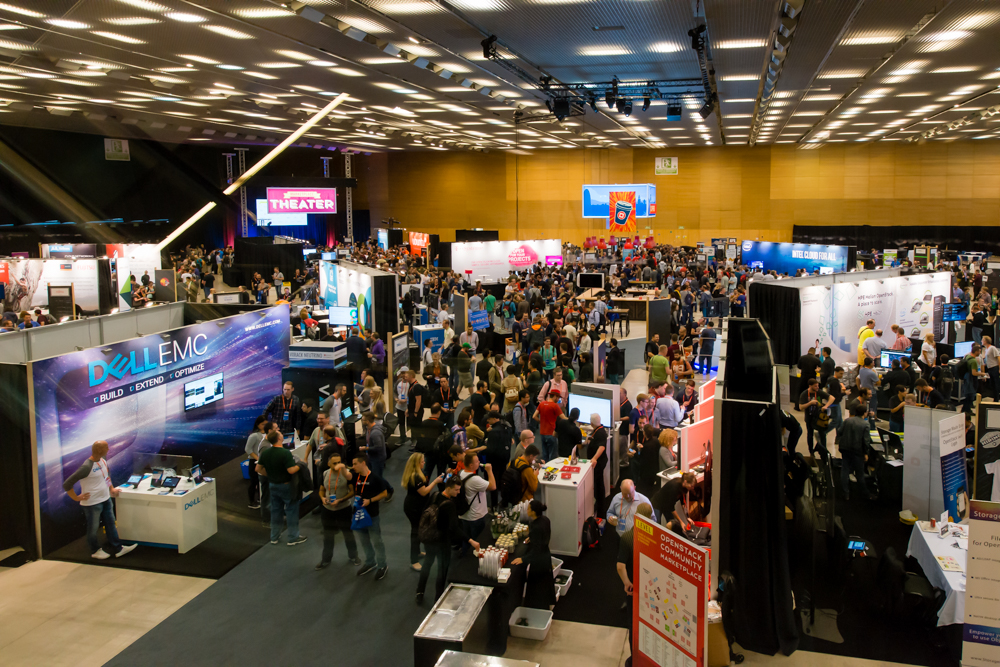 In order to gain an insight into the open source cloud platform Information Age spoke to Mark Shuttleworth, founder of Canonical, for an honest look at where OpenStack is now.

Throughout the interview it became clear that Shuttleworth viewed OpenStack as the best open source way of building a successful cloud, if you focus on the 3 core elements: compute, network and storage.

It also became apparent, however, that he felt there is a lot of “vendor driven nonsense around that core, which is a waste of time”.

What is Canonical’s relationship to OpenStack?

So we’re in fact the founding distribution, the founding Linux behind OpenStack with Rackspace, Swiftstack and some other groups.

For a long period Ubuntu was the only Linux here [on OpenStack].

What is OpenStack and what is its current state?

Initially, it was very important to us that we worked towards creating a centre of gravity essentially for open source cloud.

The fact now that you have every major distribution plus VMware, plus Microsoft, plus Oracle and all of the platforms coming here [Barcelona OpenStack Summit] to talk about how to make an open source cloud shows this.

With OpenStack now we can build keenly and quickly cloud of various architectures that does those things really well.

The picture of OpenStack I think is clouded by the fact that naturally having created a centre of gravity you’ll find a lot of people here who in fact have an uncomfortable relationship with cloud.

Because OpenStack is an open forum there is a place for you on the board if you’re willing to pay half a million dollars to do it.

So, if you look at OpenStack you can become confused by the fact that there’s a 150 projects all promoted by different vendors.

If you dug into this, it is because they had products that they depended on selling, even though they don’t really make sense in the core mission of open source infrastructure as a service, which gives you VMs on demand that you can attach to disks on demand to networks on demand.

They’re also not things we think matter. They’re essentially a consequence of the fact that you brought all these vendors here and they all want to pimp something and so they’ve all got their own projects.

So that’s the interesting position OpenStack is in right now.

It is without question the open source way to build a successful cloud.

But to do that you have to focus on just the pieces that matter, which is compute, network and storage.

You have to do it in a very clean and simple way, and then you can build great clouds very successfully.

There’s a lot of angst at the moment because of all the other stuff, all the vendors that showed up and found that OpenStack hasn’t given them a new lease on life.

All of those guys who showed up figuring that they were going to take something that didn’t really work and push it too people under the guise of OpenStack, they’re finding that ultimately people don’t want that.

Nobody really wants to buy more premium stuff from a premium vendor from the old school and integrate it with the new stuff.

They want the new stuff to be clean and work just like Amazon. So that’s the interesting position we’re in right now. This is absolutely the centre of gravity for open source cloud. And it absolutely is now the mature stack that we deploy in Deutsche Telekom, Walmart, PayPal.

Our customers love OpenStack, because it really solves their problems. But it only uses that core tiny piece that really matters. They’re not using any of this vendor nonsense. And the vendor nonsense has started to collapse.

I call this the collapse of the big tent.

The majority of OpenStack runs on Ubuntu, and our advice to customers is focus on the pieces that matter.

Just focus on compute, network and storage. If you get that right now you have an internal cloud that does what AWS does it for you and you can operate in a hybrid fashion. You can operate in the cloud at home, and on the public cloud. You get the best of both worlds.

This extra big tent stuff doesn’t work. Don’t go there. It’s a swamp. Don’t get confused by that.

Of course if you come here all of that stuff is things that people want you to buy into. So they will try and confuse you.

What are the benefits?

When you use OpenStack correctly you get a very scalable, a very clean, and low-cost-to-operate infrastructure as a service on prem[ise].

In each of these cases you want to consume virtual machines, virtual disks, and virtual networks on demand.

That’s what OpenStack does for you and it does that successfully. I can recommend it without any hesitation.

The only thing to be careful of is that OpenStack has also attracted a lot of vendors who want to sell essentially a little reminder of the past.

‘You can buy our overpriced box and plug it into OpenStack.’ That piece won’t work. A lot of vendor right now are in the trough of disillusionment.

Cloud has a future and OpenStack has a future but the vendor doesn’t really work here.
If the OpenStack message is everybody is welcome, everybody can come here, the truth is customers don’t want that complexity.

Can you give me any specific examples of OpenStack success with your clients?

Yes absolutely. Walmart talks publicly about the fact that they’ve dramatically reduced costs and done so with very rapid rates of return by moving to OpenStack with Canonical and Ubuntu.

Deutsche Telekom has spoke publicly about the fact that they are using Ubuntu and our entire operations stack, because the key thing to know with OpenStack is you are operating complex software. It’s not so much can I stand it up, it’s can I operate it everyday? Can I replace the disks that fail? Can I replace the machines that fail? And can I keep all that humming and ticking smoothly, while running updates.

How do you differentiate yourself from other competitors?

Our real competitive advantage is in not just in advising how to use the core components of OpenStack, but how to keep the costs of operation down.

If you have 20 people working on your OpenStack and you have 200 servers then you’ve only got 1 person to 10 servers. Amazon has 1 person for 10,000 servers, so economically your cloud won’t compete with Amazon’s cloud, which means your customers will be forced to go to Amazon.

This thinking is kind of brutal and ruthless but it is the only thinking that works.

>See also: Is Hadoop’s position as the king of big data storage under threat

OpenStack to succeed must be cost competitive in your data centre with Amazon in their data centre, which means it’s got to be totally automated. That’s where we really stand out. We’re ruthlessly focused on the core that works, doing that in a very operationally effective way.

It’s an economic proposition, a tooling proposition and it’s a focus proposition. And that works for a cloud that can hold its own cloud against Amazon and Google. That is not to say you shouldn’t use Amazon or Google.

My advice to a CIO is build a cloud that gives you good economics at home and then use Amazon and Google every single day with your own cloud. You now have true choice.

What challenges have you encountered?
Well, because we are one of the founding members we’ve been at it for longer than anybody else.

I would characterise now as mature.

With our tooling and our process we’re pretty confident we could walk into any environment and have a cloud up and running within a few days.

What is holding companies back from using OpenStack?

I think there are two significant challenges that people have to get over.

The first big challenge with OpenStack is that in fact it’s too big and complicated to find one person who knows everything, so then you have a problem of how you’re going to write your automation for your OpenStack.

So the way we deal with that which is really proven successful over the last few years people go through and go crazy and we started.

What we do is create pieces of software that know all the rules essentially for each component of OpenStack. And now everybody who shares that software shares the knowledge. Instead of me having to hire somebody who then creates a set of code. It just brings the code that runs the software.

You’re making a model of OpenStack.

>See also: How to power disruptive growth in the digital age

The second challenge with OpenStack is to understand that actually you really need to focus just on the core infrastructures themselves.

This forum will tell you about like a million other things that don’t work. And so if you’re going spend time on those things you’ll say wow none of this works.

But the truth is you don’t need that. What you need is VMs, networks and disks on demand. And you need that in way that operates cost effectively and that works every time. So that’s what we kind of coach people towards.

The first is that the core is OpenStack is really good. The core, VMs with guests demand, networks on demand, guests on demand. That is all really good.

There is a lot of vendor driven nonsense around that core, which is a waste of time.

The second is that you need to focus on the operations of OpenStack, and you’ll need new tools to do that really well. Not your own team hacking around with Puppet and Chef. No one has succeeded like that, they get stuck.

The tooling that we were work with our customers on really makes a difference. How you operate big software.

The third piece I would say is that ultimately your goal has to be to provide yourself with an internal cloud that has the same economics per VM as your public cloud options. You must think about it that way, because there are lots of distractions will take you off course and make it very expensive.