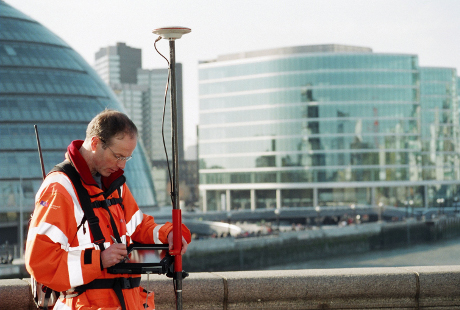 In 1747, King George II commissioned a new map of the Scottish highlands, to help fight the Jacobite uprising. That exercise led to the creation of the Ordnance Survey, a project to map Great Britain in detail.

When it started its digital business back in the 1970s, Ordnance Survey simply scanned in its paper maps. It used these scans to build a product called Land Line, which was simply a digital recreation of the maps.

In 2001, though, it launched a more powerful platform, called ‘OS MasterMap’. Instead of simply recreating the maps in digital form, OS MasterMap is a spatial database of 450 million geographical features, from rivers to roads to post boxes.

“The difference was that instead of having what we call ‘spaghetti data’, the lines, points and polygons on the mapsheets actually represent physical features,” explains Andrew Howles, principal architect at Ordnance Survey.

Building OS MasterMap allowed Ordnance Survey to offer a number of new services on top of its wealth of geographical information, and paying customers use the data for a range of applications from satellite navigation to flood prevention.

But the first generation of the OS MasterMap production platform had a few drawbacks.  Firstly, like the maps that preceded it, it was made up of separate ‘tiles’ covering specific areas. This meant data had to be captured on a tile-by-tile basis, slowing down maintenance. “OS MasterMap was built using systems designed for digital cartography,” says Howles.

Also, data was extracted from a number of different source systems. These had evolved independently over time, so there was an ever-growing integration overhead involved in pulling it all together.

“GDMS was conceived as a new enterprise geospatial data factory, in which all the types of information collected and published by Ordnance Survey are maintained in a single, geographically seamless repository,” explains Howles.

Working in partnership with a consortium of suppliers, led by specialist consultancy Intergraph, Ordnance Survey built GDMS on top of an Oracle 11g database.

One characteristic of the Oracle database is that it allows items to be stored in clusters. This means that geographically proximal items can be colocated on disks, reducing the time it takes to retrieve data about a specific area.

Other elements of the GDMS include data management tools that help maintain consistency and integrity of the information. These were either built in-house or based on commercial, off-the-shelf tools.

The GDMS was four years in the making and went live in 2011. Howles describes it as “sterile data factory underpinning Ordnance Survey’s business.”

“It has also allowed Ordnance Survey to reduce the operational risk and cost associated with legacy production systems which have now been decommissioned,” he explains.

Since launch, the Ordnance Survey has built new services on top of the OS MasterMap that were only made possible by the GDMS. These include a ‘Sites Layer’, which provides detailed information about important locations such as airports, schools and hospitals.

It is now developing a ‘Water Layer’ service that provides extra information about the country’s water features, for uses such as flood risk analysis.

Other future capabilities of the GDMS could be to offer the contents of OS MasterMap as linked data – in other words, to give each individual item its own unique resource identifier (URI) so it can be integrated with other datasets on the web.