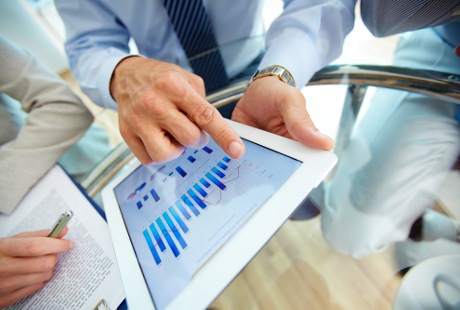 The rise of so-called 'phablets' and new wearable technology mean that sales of tablets will grow slower than previously anticipated, according to market watcher IDC.

In its latest Worldwide Quarterly Tablet Tracker, IDC cut its forecast for combined tablet sales this year from 229 million to 227 million.

That is still year-on-year growth of 57.7%, IDC said. But phablets – smartphones with large screens – and forthcoming wearable devices such as Google Glass will attract some of the consumer spending that might otherwise have gone towards tablets.

Meanwhile, Asia will account for a growing segment of the market. “Year-on-year growth is beginning to slow as the tablet market approaches early stages of maturity,” IDC analyst Jitesh Ubrani said in the report. “Much of the long-term growth will be driven by countries like China where projected growth rates will be consistently higher than the worldwide average.”

IDC expects average tablet prices to continue to fall as more mainstream vendors build tablets using lower-cost components to compete with the unbranded tablets that are enjoying widespread growth in the market “despite offering lower-quality products and poorer customer experiences.”