Preparing for the economic impact of artificial intelligence 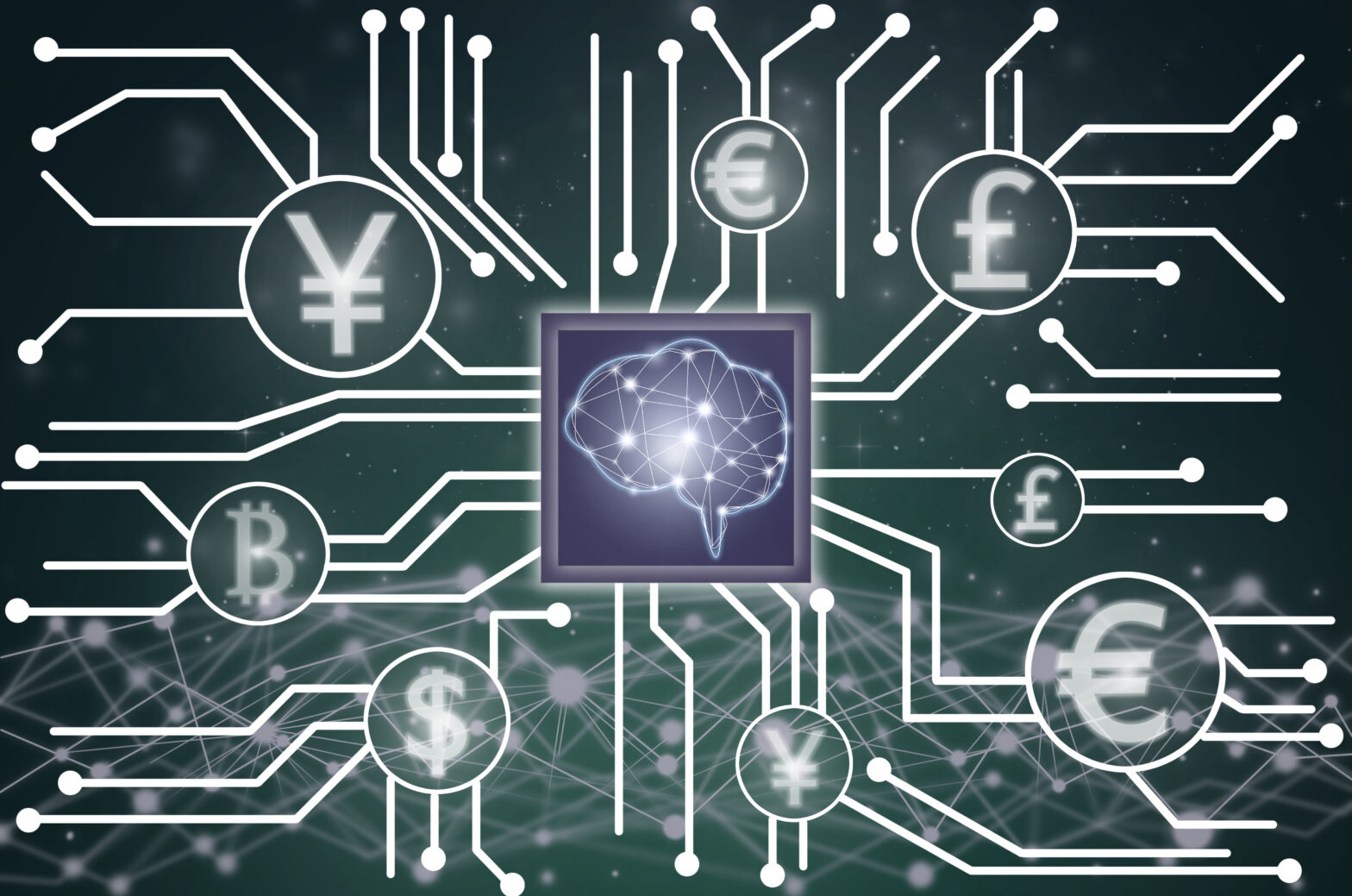 The coverage and hype around artificial intelligence (AI) is reaching fever pitch. Key questions explore how it might impact people’s lives and employment over the next five to ten years. These lead to questions over how to fund tax revenue shortfalls and higher unemployment costs. In practice, it’s too early to know how fast AI will advance, how far it will spread into society, whether it will reach a state of superintelligence where it outsmarts humans at everything, or the net employment impact.

This article explores the key economic questions that arise around the potential impact of AI on jobs in society, with a focus on robot taxes as a way of funding higher unemployment benefit costs or Guaranteed / Universal Basic Income (UBI) and Universal Basic Services (UBS) schemes. It goes on to explore four scenarios of how things might play out, and the supporting policy options in each case.

In a recent book from Fast Future, Beyond Genuine Stupidity – Ensuring AI Serves Humanity, these unknowns are not a good reason to adopt a ‘wait and see’ posture. AI technology is advancing exponentially, and what seemed years away last week is suddenly a new breakthrough announced today. Hence, if society waits until the true impacts manifest themselves across society, that could cause potentially epic economic and social crises.

There is nothing to be gained from waiting, and businesses and government must start exploring these scenarios and experimenting with policy options to help navigate the emerging future more proactively.

Why are robot taxes being discussed?

Estimates vary from destruction of 80% of current jobs to 50% more employment opportunities over the next 20 years. The concern is how to fund higher unemployment benefit commitments and the cost of public services if less people are working and income taxes decline. One option being proposed is imposing robot taxes on firms replacing humans with machines.

Why the pressure to act now?

Many industries are already seeing the human impacts of smart technologies, with increasing numbers of automation related layoffs. The concern is that we will see unemployment rise massively, and many customers might no longer be able to buy the goods and services being produce by the machines. Furthermore, most new jobs emerging from future industries will likely require a graduate level education.

Hence, proposals have emerged for UBI or higher unemployment benefits, coupled with UBS to fund access to everything from utilities and transport through to free degree level education. These would be funded by taxing the higher profits being made by those automating their businesses. Whilst few are wanting to hold back progress, there is a growing argument that businesses should help fund the social costs at a time when government income tax revenues might fall.

There is a concern that many governments are displaying genuine stupidity and avoiding the issue. This is mainly because of ideological opposition, the inherent difficulties in selling such schemes to those who would fund them, and the likely complexity of their design.

How are governments responding?

In the UK, the Brexit absorbed ruling Conservative Party argues that innovation will drive growth and tax revenues and hence neither UBI nor robot taxes are required. The opposition Labour Party has a strong youth following, many of whom are worried about technology impacting jobs, and hence Labour has discussed these ideas, but not yet supported them publicly. Globally, many countries are experimenting with policy options. South Korea has reduced tax subsidies for firms investing in automation.

Others are investing heavily in raising digital literacy, expanding university access, and scaling up support for new business creation. Silicon Valley has many fans of UBI and robot taxes, and several countries are actively debating the options. There’s an expectation that, over the next decade, we could see schemes emerging in Scandinavian countries, South Korea, Taiwan, and Singapore. The USA is expected to resist such policies and double down on free market encouragement measures.

How would the taxes be used?

The primary use would be funding UBI, UBS, and unemployment benefit. Additionally, taxes could fund free university education, adult retraining and social skills programmes, and expansion of small business and startup support. The money might also fund broader public service provision and the costs of local and national government.

The prime benefits are that people could feed, house, and clothe their dependents, sustaining spending levels in the economy. Such schemes might be complex, but herald more equitable AI powered tax systems, eliminating loopholes and ensuring firms paid the appropriate taxes.

On the downside, there is considerable opposition from politicians, investors, businesses, accountants, commentators and economists. It seems unlikely that anyone will get it right initially, leading to severe media and societal criticism. Inevitably, people would still find ways round the system, and new tax mitigation and avoidance schemes would undoubtedly emerge.

How might schemes work in practice and where to start?

There are multiple views of how schemes might work, and the complexity cries out for experimentation. One option is simply to raise corporation taxes. Others include targeting those making large redundancies or technology investments, and assessment based on the number of employees, revenues, profits, or geographic location. Firms might get allowances for training investments, support provided to past workers, assistance given to local startup programmes, and employment created amongst suppliers.

Indeed, such schemes might require an AI to administer them. Another option is to simply share the government’s revenue requirements out pro-rata across all firms and taxpayers based on GDP.

An alternative to direct tax schemes might have firms taking responsibility for redundant workers’ wages until re-employment. Another is for businesses to have a total employment responsibility, based on their share of GDP. This might be measured through direct employment, the proportion of supplier’s time spent serving that firm, and supporting jobs in start-ups.

The key here is simulation – experimentation with different models and seeing their likely taxation revenue impacts. The UK Government already has a levy scheme for pharmaceutical companies as a model to learn from. Below are four possible scenarios of how things might play out.

Under the most optimistic scenario, the need for UBI and robot taxes doesn’t arise. Whilst firms pursue automation, they don’t release as many workers as anticipated. Instead, staff are freed from routine activities to focus on value addition through problem solving, creating products and services, customer engagement, and pursuing new markets.

In parallel, significant investment is made in education system transformation at every level to prepare students for a fast-changing future, and in intensive adult retraining and lifewide learning programmes.

The second stage sees introduction of UBI and UBS schemes or enhanced unemployment benefits for those workers displaced by technology. These are funded by an array of different mechanisms globally, with robot taxes the most common. Despite initial opposition, the schemes bed in relatively quickly and do an adequate job of covering government expenditure needs.

The final stage sees a proliferation of job opportunities in new firms and sectors, and emergence of roles we could not even imagine in 2018. Lifestyles have also changed, with many pursuing a different work-life balance, taking more leisure time as a trade off for lower salaries. As growth returns and employment levels rise, tax revenues start going back up and governments gradually start reducing and then eliminating robot taxes.

In this more dramatic scenario, many governments realise they simply cannot control the pace of AI development. Unemployment levels rise faster than expected as the commercial sector accelerates automation with the goal of cutting costs. Initial attempts to introduce robot taxes were largely ill-conceived, poorly designed, and badly implemented, with most firms finding ways of minimising the extra tax burden. As a result, many nations saw major shortfalls in revenues, which led to the need for radical policy shifts.

A few pioneer nations started taking control of critical technologies such as AI. Legal changes mean anyone developing AI must now hand the IP to government, which licenses it to companies for a share of revenues, with additional shares going to the IP developers. Gradually, governments secure enough funds to increase university research budgets, enabling them to attract a lot of talent back into academia – where governments effectively now have full ownership of IP.

>See also: 5 AI technologies that are already mainstream in the enterprise

Gradually, unemployment benefits, UBI, and UBS are phased out in favour of public ownership schemes. The ownership rights for all IP Registered in any given year is placed into a fund where each citizen is a shareholder. The licensing royalties are then shared equally amongst all shareholders – except government – which takes 30-50% of the returns from each fund to cover the costs of public services such as education, healthcare, transport, policing, and defence.

New industry models start to emerge, with a proliferation of IP developers, and an increasing number of ‘execution only’ businesses which license IP from government to commercialise it, but don’t do original R&D.

In this scenario, firms pursue automation aggressively, and cut headcounts dramatically. Tax revenues decline rapidly, but ideological barriers and commercial sector opposition mean that few robot tax schemes are introduced. Some nations try UBI but withdraw it quickly because of the inability to fund it.

In most countries, unemployment benefits are scaled back or withdrawn, and citizens are largely left to fend for themselves. Public services are cut back dramatically in many countries, and school leaving ages are reduced as low as 11 in some nations to allow children to try and contribute to family subsistence incomes.

Healthcare provisions are scaled back, and only those in full time employment with at least 20 years working life ahead of them can receive treatments. Water, refuse, sanitation, and policing services are withdrawn from many poor areas and lawless shanty towns rise up rapidly.

Conclusion – paving the way for action

The challenge here is to avoid the temptation to pick the scenario we like best or think is most likely and focus exclusively on that. Whilst none of the scenarios is likely to play out exactly as outlined, the intention is to identify policy options that might work under any scenario and those that are relevant only to specific ones. In parallel, governments need to model different scenarios and tax implications to work out how viable the policy options are.

Crucially, these simulations will help determine what combination and level of unemployment benefits, UBI, and UBS might be required to ensure societal wellbeing and economic stability, and what the resulting tax requirements might be.

These in turn allow exploration of different possible mixes of corporate, personal, sales, investment, inheritance, and property taxes, and other government revenue schemes. Clear scenarios and hard data from the simulations will then provide the basis for public debate about what future we want and how to fund it.