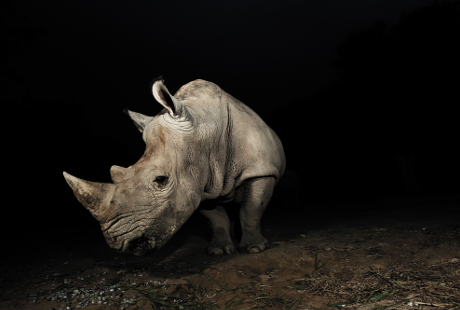 The Zoological Society of London, an app training programme for school children and project to bring solar panels to Tanzania are the among the winners of Google's Global Impact Challenge.

The UK leg of the Global Impact Challenge offered £2 million in funding to projects that use technology to "tackle the world's largest problems".

Charities and social enterprises were invited to submit ideas for how to use the money to "create large-scale societal change".

The winners, announced today, will each receive £50,000. They are as follows:

The Zoological Society of London, which plans to install a network of sensors and cameras to monitor endangered animals in the wild. It hopes to reduce incidents of poaching in Kenya by 50% in two years.

CDI Apps for Good, who will use the grant to engage school children in mobile app development. With the funding, the charity training programme will reach 175,000 students over three years.

SolarAid, which plans to establish a distribution network of solar-powered lighting systems in rural Africa. It plans to reach 11.2 million people over 3 years.

Integrity Action, a scheme to build an open data platform that allows citizens in war-torn country to report on how aid money is being spent. With the money, it will train 2,000 community moderators in seven countries.

Telecommunications giant Telefonica has paired up with London-based social enterprise advisory UnLtd to mentor start-ups with a social aim, while companies including Salesforce.com and Nominet have contributed to a scheme from The Big Issue to develop technology solutions to social issues.