Skip to content
Home » Topics » Data Analytics & Data Science » The race is on: how cyber archeology can help preserve the world’s cultural heritage

The race is on: how cyber archeology can help preserve the world’s cultural heritage 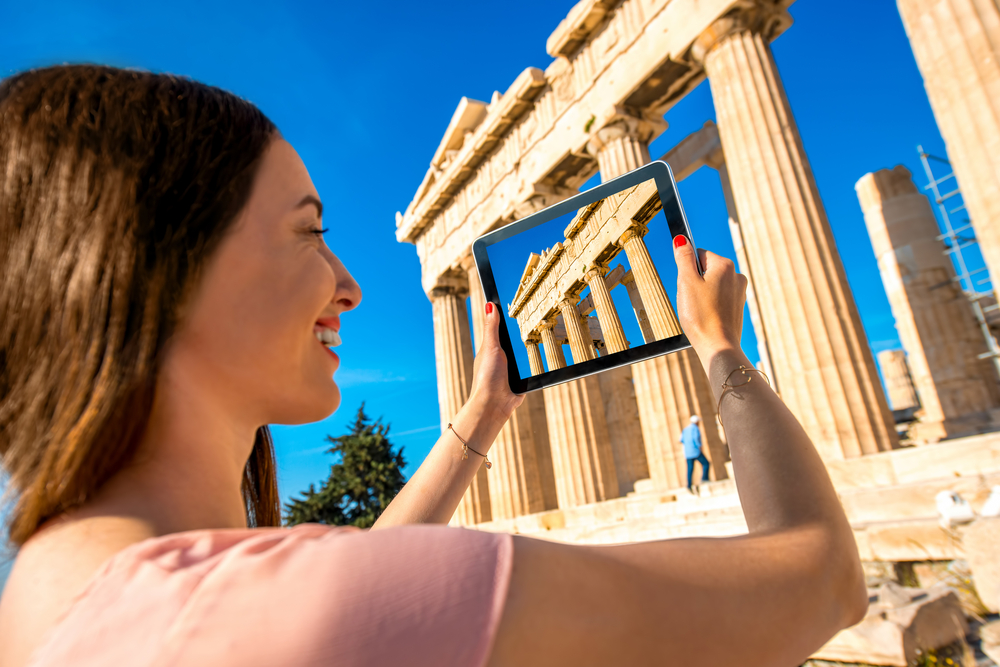 There was recently a fascinating article about how a new process called ‘cyber-archaeology’ is helping us to save some of our endangered cultural heritage sites.

The article highlighted the plight of St. Elijah's Monastery, the oldest Christian monastery in Iraq, which was completely destroyed by ISIS earlier this year after standing for 1,400 years near the city of Mosul.

While nothing can now be done for St Elijah's, the race is now on to digitally preserve thousands of other at-risk sites around the world before they meet a similar fate.

The idea of ‘cyber-archaeology’ has been devised as a means to digitally preserve historical sites, which simplified down involves the coupling of archaeology with engineering, computer and natural sciences.

Thomas Levy, distinguished professor of anthropology at UC San Diego and director of the Centre for Cyber-Archaeology and Sustainability at the Qualcomm Institute, has been undertaking a great deal of this work. He and his team have been focusing their efforts on the Middle East, currently the most critical area for threatened archaeological sites.

Religious extremism is just one of many threats facing cultural heritage sites around the world. They are also suffering from looting, erosion, natural disasters and redevelopment.

Professor Levy and his team were recently working at Petra, Jordan's famous World Heritage Site, dating from the third century BCE, where they brought in helium balloons and high-definition 3D photography systems in order to record Petra's extensive ancient city centre in 3D.

All of this data needs to not only be captured, but also stored, accessed and shared, so that it can be displayed to other researchers and of course the general public, both today and for many decades to come.

If cyber-archaeology sounds a bit far-fetched and somewhat abstract from the day-to-day, let me talk about a related concept – that of digital preservation. Digital preservation is also a hot topic amongst museums, galleries and other memory institutions right now, who are urgently looking at how they can save our cultural heritage for the future.

There is a lot of debate going on about the price we are prepared to put on our nation’s memory. How do we decide what is worth preserving or not? Can we afford to preserve it all? These are the questions that many memory institutions are grappling with right now.

In the last 12 months, digital archiving has hit the headlines in a big way as people begin to worry publicly about our society’s digital memory.

Just last week, it was reported< that the Australian Government is making cuts to the National Library of Australia (NLA), which will probably lead to a scaling back of its digitisation efforts.

The NLA has spent many years improving digital access to its collections as well as digitising government records from the pre-Internet era, where it has been offering newspaper archives and its collection of books.

However, the Australian Broadcasting Corporation now needs to make cuts and the largest reduction will come from 'curtailing the library's digitisation project.'

These cuts will take place over the next four years and are expected to not only limit exhibitions, but also curtail functions such as the digitisation of Australia’s heritage.

So why is this of concern? This will equate to a type of cultural Alzheimer’s or memory failure that will inevitably impact on the way we access the records of Australia’s evolution, from the first Australians who walked the continent 60,000 years ago until now: the oldest continuous culture on the planet.

How we preserve and manage our cultural assets for the long term is of major concern for many national culture and memory institutions. Today, they already hold vast amounts of digital content and they are charged with preserving these digital assets for the next generations of historians and researchers.

Recent research undertaken by Arkivum shows that many institutions in this space are now seriously considering a digital preservation strategy and supporting systems to help them achieve this. Indeed, 93% of the companies Arkivum surveyed have digital preservation as a priority in one form or another.

That said, it is quite daunting to determine where to start and what to preserve, especially if the organisation is working with reduced budgets, cf. what is happening in Australia.

What Arkivium also found is that many are looking for information on how to bridge the gap between the digitising of physical assets and the ability to access, trust and use the resulting digital files at some point in the future. The true value and purpose of digital preservation lies in bridging this gap and making it possible.

As a long-term digital archiving specialist with a stronghold in the heritage and culture sector, servicing clients such as New York’s Museum of Modern Art and Tate Galleries, we are well aware of the issues that memory institutions face right now.

In fact, Arkivium has developed an eBook: ‘Digital Preservation – A How-To Guide for Beginners,’ which helps to answer questions such as: where do I start, what should I preserve, how do I get onto the digital preservation ladder, and many other issues besides.

The book keeps its feet very firmly on the ground and provides institutions with information on the fundamental building blocks needed to make those all-important decisions about how to start digitally preserving their collections.

Many believe he race is well and truly on now for memory organisations to determine how they can preserve our heritage. Digitisation and digital preservation are just as much about posterity as they are online accessibility and democratisation of knowledge.

Writers and historians are in the game of giving shape and life to others’ memories. Providing, of course, that those memories are there to be surveyed now and for generations to come.