The rebirth of Infor: a transformation led by techs coolest character 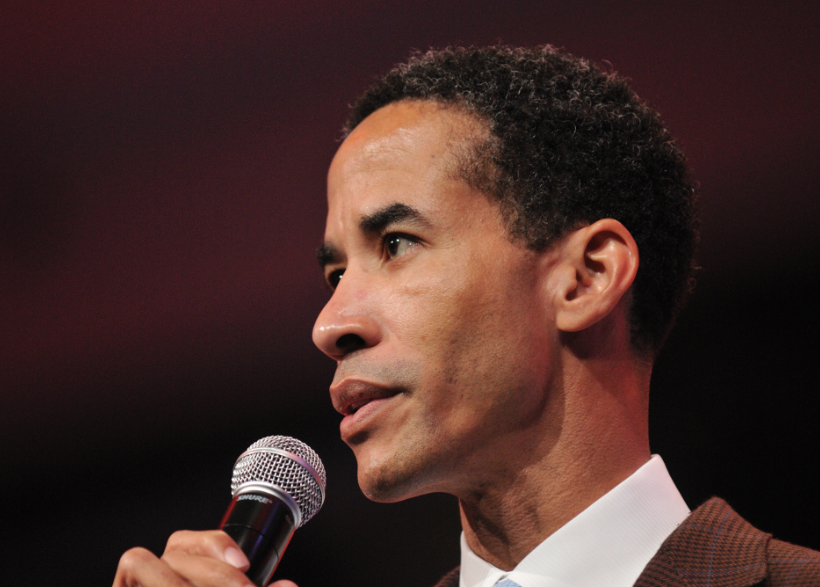 The enterprise software space is full of seasoned giants that are quite good at making a lot of noise.

One company that has traditionally been more accustomed to flying under the radar, however, is Infor, which counts almost 13,000 employees around the world.

With 73,000 customers, of which 3,000 were added in the last year, almost $3 billion in annual revenue, and a 22% jump in licence fees and subscription revenues in its first quarter of 2015, quiet certainly doesn’t translate to unsuccessful in Infor’s case.

Modest is perhaps a more appropriate word in an industry where tech companies fight for overblown hype and PR scraps in the media.

Whilst originally founded in Pennsylvania in 2002, many will testify that the Infor seen today truly came into force in 2010, when former Oracle president Charles Phillips joined as CEO. He brought in a whole new executive leadership team – largely from Oracle – and a new era was born.

Within months of being hired, he led a $2 billion acquisition of software company Lawson, essentially doubling Infor’s size overnight and positioning it as the third largest ERP vendor after SAP and Oracle.

The acquisitions have followed at a pretty rapid pace every since, albeit less major Lawson-esque targets and more niche companies that have strategically allowed Infor to differentiate itself with industry-specific solutions that require little or no customisation.

And as a self-confessed ‘product guy’, Phillips enforced a greater emphasise on innovation, subsequently spending more than a billion dollars in research and development.

The icing on this shiny new Infor cake came in the summer of 2012 when the company relocated to New York City, a place that encapsulates its new image: cool, slick and serious about business.

Discussing his strategy at Infor’s annual user conference, Inforum, in New Orleans this month, it was hard not to be impressed by the transformation Phillips has led. Infor is a force to be reckoned with. It has communicated its strategy clearly, and it is resonating well with its customers. Now it has something to shout about.

That strategy revolves around three areas, the first of which being Infor’s micro-vertical capabilities. An open-source approach to the applications is number two, while the third has probably received the most praise: designing those applications around ‘beautiful’ user experiences.

Infor had a bone to pick with its industry: enterprise software was boring and ugly. Whilst rich in functionality, it was complicated to use and was light-years behind the dreamy user experiences boasted from the likes of Apple and Facebook.

As such, it took the bold and unusual move to create an in-house design agency called Hook & Look with two clear goals: ‘cut the bloat out of enterprise software’ and ‘no more fugly software’.

Infor created a talent workforce that mixed software engineers with fashion designers, digital effects specialists and filmmakers, and let them loose on the company’s disparate platforms and frameworks to unify its user experience.

Originally an unpopular segment of the company – Phillips made product teams get sign off from Hook & Loop before taking anything to market – it is now considered the jewel in Infor’s crown.

'They really challenged me and asked me to rethink it from the top down, and they promised to give me full support,’ said Infor’s Chief Creative Officer Marc Scibelli, who heads up Hook & Loop.

The promise has been kept as Hook & Loop’s budget has gone from $1.2 million to over $11 million in less than two years. It has a large footprint in New York and has just bought another five floors to accommodate its 100-strong and growing employees.

>See also: Infor a treat: In the boardroom with Duncan Angove

‘But with that comes a lot of responsibility,’ Scibelli says. ‘Being so close to the executives, I’m allowed to infiltrate and influence even the decisions we make about basic architectural structure and how it can influence what we do with the UX.

‘Without that, it would have just been a total downward spiral. That was instrumental to me coming in. You have to be able to lock onto a passionate thing, but also be ready to change your mind as soon as you get new information. That’s what we instill in our culture in New York; it’s really important to be mentally flexible that way.’

Infor’s three-pillared strategy is delivered on a cloud-based foundation with a focus on speed to value.

‘We don’t want you to spend years customising, setting up infrastructure, training people on products,’ Phillips told customers at Inforum. ‘Speed to value will be created with a cloud strategy.’

That speed was perhaps a significant factor in Infor’s announcement earlier this year to partner with Amazon Web Services (AWS) on its cloud solutions, rather than build out its own infrastructure.

A big question at Inforum was whether this was a wise decision. Infor customers trust it with their data, but do they trust AWS? And even if they do, how do they feel about a two-tiered method of cloud delivery, with Infor applications built on AWS cloud?

However, Phillips was defiant in his decision, claiming Infor’s ability, as a late cloud arrival, to review where others had gone wrong encouraged him to avoid the do-it-yourself route.

‘Having been a supplier before, I’ve seen inside a lot of those data centres and I know the problems that they’ve had,’ he said. ‘It’s hard to be good at everything and I don’t think you can get close to what Amazon can do.

‘The number of cloud companies that have been out there for a decade that still don’t make money speak for themselves – there’s a reason for that; they haven’t figured out how to do it yet. You’ve got to do something different if you don’t want to get on that treadmill, so we just think the economics work out better.’

To Infor’s credit, or relief, many of its customers present at the event seemed unfazed by the involvement of AWS, but overseas users may run into issues depending on the regulations relating to various countries – or just not bother, considering Infor offers the opportunity to run the same applications on-premise.

One of those customers was UK fresh produce supplier Reynolds Catering Supplies. While the scalability of cloud may sound perfect for adapting applications around its significant growth in the past ten years, IT director Richard Calder remains hesitant.

'It’s a tricky one,’ Calder said. ‘I would say that we are on the cusp of whether it’s economic. Ideally, yes, it would be good, but that’s a decision that we would be spending a lot of time on.’

One thing Calder wasn’t concerned with, however, is the involvement of AWS. 'I’ve got no issues at all with them using one of the biggest and the best. Why would I?’

Despite racing ahead of the game in micro-vertical solutions and user experience, Infor does appear to struggle to keep up with other growth trends.

Infor’s new platform for next-generation enterprise applications, Infor Xi, does include the aforementioned AWS integration, and will be powered by another new internal organisation – this time dedicated to developing analytics and machine learning – but it can’t deny that it is late to the game in both cloud and big data.

President Duncan Angove attempted to excuse the latter by calling big data a ‘luxury that will soon be a business imperative for companies to remain competitive’, but there are many large organisations that will testify that has already happened.

Like it has done with design through Hook & Loop, Infor will make science a core competency, establishing Infor Dynamic Science Labs as an in-house department working across its product lines.

‘Infor recognises that most companies are unable to afford the hardware and operations research personnel to take advantage of their data,’ Angove said, ‘So Infor Dynamic Science Labs builds machine-learning directly into our cloud applications and makes it available as part of customers’ subscriptions.’

>See also: What the future holds for AWS and commodity cloud

Based in Cambridge, Massachusetts, the team brings together scientists, mathematicians, engineers and economists.

While Infor’s customers may not be first to these particular trends, they can almost certainly be assured that the functionality and user experience of any solutions they do implement are pretty unparalleled across the industry.

That is the reputation technology’s coolest character, Charles Phillips, has managed to construct in four short years. By allowing others to fight over the most-hyped trends, Infor has become a market leader in areas that customer really care about, and thus positioned itself as a serious, and growing, threat to the industry giants.