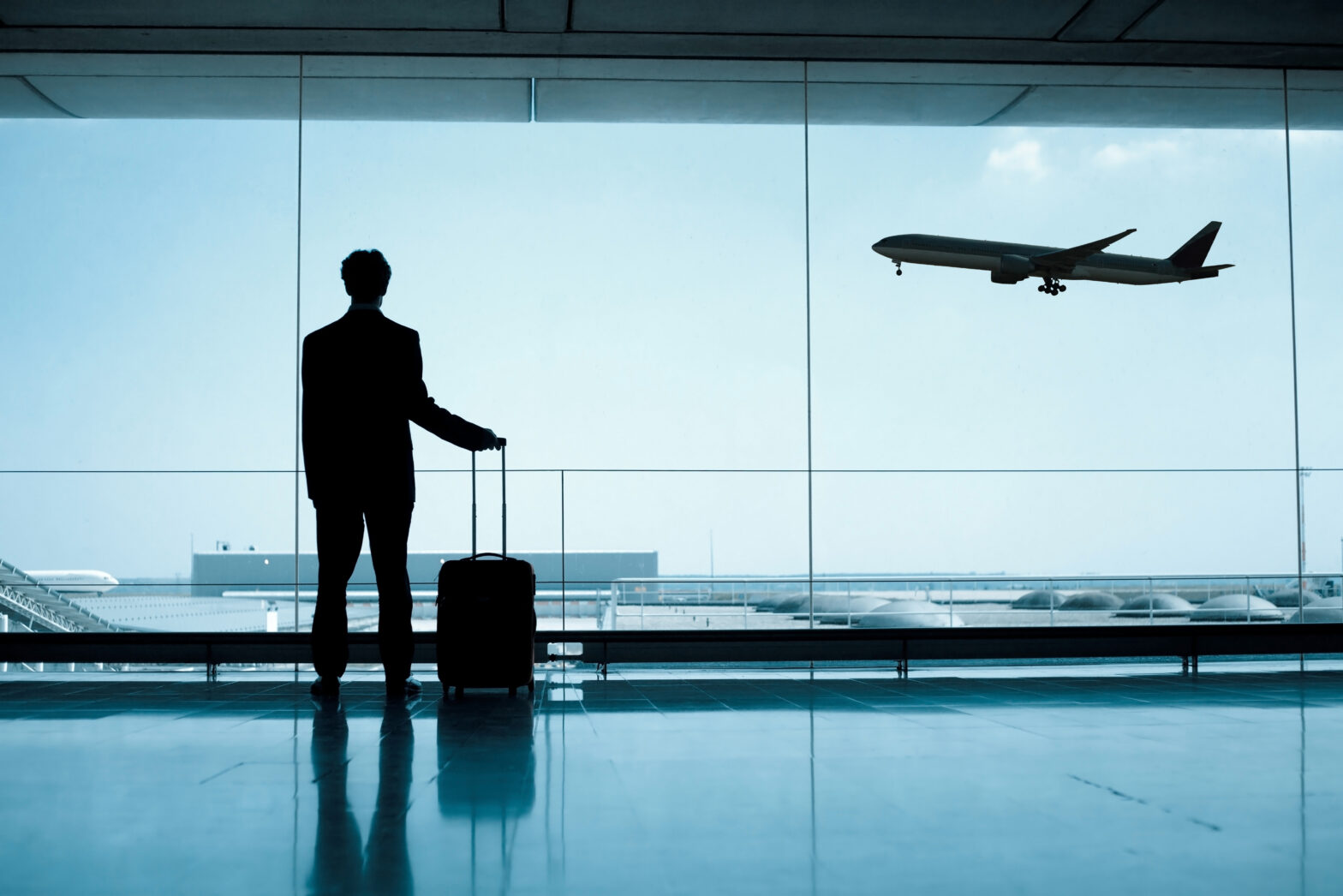 Flying; some people love it, and some are physically panicked by the thought. Regardless of whether you are a seasoned pro or a three-gin-and-tonics-as-mandatory kind of flyer, one thing that everyone agrees on is keeping your valuables close.

From bags locked up like Fort Knox and dedicated travel organisers through to frantically patting pockets or keeping everything in hand for reassurance, keeping your important data safe is a necessity.

For business travellers, this is especially pertinent; frequent flyers often have important positions in their organisation, and correspondingly carry vital information that needs to be protected at all times. A dedicated, locked laptop bag is still seen as a must-have – think a slightly less extreme version of being handcuffed to your briefcase.

>See also: What does technology mean for the future of business travel?

However, over the last few months, there has been a nervousness within the business community regarding conflicting reports on a ban of electrical devices on flights into the US and the UK.

Despite ongoing uncertainty around the legislation, it currently affects six airports in the Middle East. This originally included Dubai International, one of the busiest business travel hubs in the world, who recently implemented security to such a degree that the ban was lifted.

Much of the conversation around this ban – aside from the overt political dialogue – has focused on the major impact this would have on productivity, and in turn a reduction in the amount of people choosing to fly for business. If you can’t transport devices in the cabin, the next logical step is the hold; however, you’d be hard-pressed to find an executive happy to leave a crucial work device such as a laptop or tablet in with the luggage for even a short-haul flight.

From damage to theft, this is a feeling exacerbated by the ever-growing trend of business BYOD; you may trust a work-paid machine in your luggage as a last resort, but certainly not that brand-new MacBook Air you bought last year.

Other tactics have been trialled, such as the use of USB sticks (or thumb drives), giving people an easy way to hold onto their data. That is, until the device, which is more often than not unencrypted, falls out of their pocket as they sit in the departure lounge.

But the problem requires a more delicate solution than simply a smaller physical device. So, for business travellers using the affected airports, they need to think of an innovative way to bypass the issues posed by having to leave their machine back home. In short, it’s time to separate the physical and the data from each other.

At first glance this isn’t a ground-breaking idea. For many years, industries have operated a multi-machine system for those travelling between different countries, and after travelling from the London to the New York office, most workers would expect to be given a machine to work from. However, the issue affects productivity both on and off the ground, with many business trips consisting of a few hours in a country but many more spent in the air.

Therefore, the downtime for setting up to work needs to be as minimal as possible. If you’ve got a few hours that you need to utilise for work before a meeting, the last thing needed is spending half the morning setting up a brand-new machine and downloading the files and programmes you need to work as normal. And if you’re then hosting an hour-long briefing in your meeting, you don’t want to forget that your new machine’s default screensaver kicks in after five minutes.

A singular login that holds all of your data, the applications and programmes you use, and that perfectly recreates your usual working environment is the solution that truly fits. By reducing the time spent needed to set up a brand-new machine – or log into any other – business travellers that can’t transport their devices can dive straight back into their working environment once they touch down.

>See also: The five key technology trends businesses must embrace to stay ahead

However, this isn’t to say that a singular log-in system means that the issue has been completely dealt with. After all, you may have removed the physical risk of losing data, but unscrupulous characters still have plenty of chances to access this regardless of the machine you are using. Context, therefore, is a crucial component for these kinds of technologies, especially with foundation-rattling changes that GDPR will bring to data security in a little under a year’s time.

Working from a public coffee shop for instance, needs to be identified by the technology, leading to the locking down of sensitive files such as financial reports. These systems can also register which office you are working on, identifying the devices you need connections too, such as a printer or presentation tool.

Through analysing your connection, where you are in the world, and the machine that you are logged into, context-aware user technology can deal with both the productivity challenge faced by frequent business flyers, while also keeping security front-of-mind, regardless of how the device ban evolves. By employing the right solution, you can look forward to safe travels for both flyers and their data.