Rise of the outsourced CIO 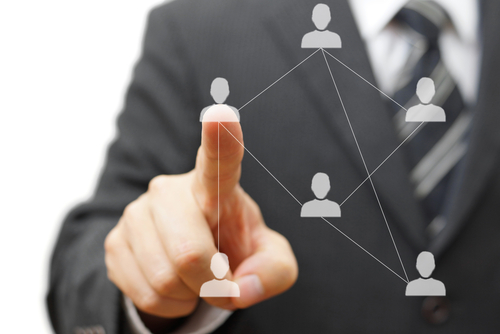 While the motivation for MSPs to move client relationships beyond basic repair and maintenance is absolutely sound, the issue is that ‘trusted advisor’ is the wrong – or at least an inadequate – positioning.

It is too broad and vague a role. It gives the impression of only being called upon when remembered, rather than having an ingrained day-to-day role.

It also implies a relationship of a loosely engaged third party, which only confirms or continues the limits and temporary nature of the supplier-client relationship.

‘Outsourced CIO’ on the other hand is far stronger. It suggests defined responsibilities with a pervasive reach throughout the business.

Spanning technology, policy and the business, it is a term that places the MSP firmly within its client’s top team.

But why is this important? Isn’t this just an innocuous PR problem? Not at all. The MSP supplier-client relationship has had to evolve fundamentally to one of trust and inclusion, and while this may seem to suggest that ‘trusted advisor’ fits the bill, trust cannot be asserted – it must be earned.

That only happens with sufficient, genuine and sustained engagement. It requires a methodical and justified evolution from being strangers, to acquaintances, to colleagues, to ‘trusted advisors’ – and then beyond to teammate, i.e. CIO

Why worry about it?

It is well known that a supplier-client relationship is never more positive than at the moment when the contract is signed, when expectations and confidence on both sides are at their highest and when obstacles and even ‘untruths’ are yet to be discovered.

What few suppliers – of either type – realise is that this is also the point at which the impression is most rigidly formed.

When the deliverables and day-to-day role are agreed, the picture that is formed during those discussions is the one that will most likely last and will be hard to change later.

The danger is therefore that if the limiting ‘trusted advisor’ illusion is not dispelled as early as possible, it will affect the scope of work granted, the role permitted and even the direction in which the relationship evolves.

An arms-length trusted advisor, for example, will usually only ever be given more work of the same type as the original engagement – after all, it is all that they have proven their worth with to date.

Whereas an outsourced CIO has a remit that permits a much greater breadth of involvement with the client – and consequently to prove value of varying types – to be brought into strategic discussions across the business, not just within the IT department.

Consultants – which typify the external, temporary category that trusted advisors fall into – are typically brought into the decision-making process with relatively narrow scope or at relatively late stages.

The problem and need for a solution have already been identified, as has the approximate category or type of solution. When finally brought on board, the consultant’s role is typically to support the decision-making process and make that solution work for the business concerned.

>See also: Revenge of the CIO: the new chief enabler

As such, these consultants are by their very nature external and tactically focused. The strategy has already been determined without them.

In contrast, those MSPs who successfully position themselves as outsourced CIOs are able to join the strategic discussion far earlier.

As CIOs, their remit inherently entails a focus on business outcomes – which means being involved in the debate.

A CIO’s role is not to simply manage the network and devices. Instead, they will understand the business strategy and objectives and will be able to predict how changes to processes or infrastructure will affect the workforce, day-to-day operations and even any compliance liabilities.

They also liaise with colleagues (a deliberately chosen word) in legal and HR over how to mitigate them, and ensure that all initiatives are in line with the wider business objectives.

The difference here is not simply in the type of work undertaken but in the nature of the work as well – this has an impact on the MSP’s bottom line.

It’s hard to charge a premium for relatively commoditised services such as network management and such offerings provide limited opportunity to grow individual accounts.

However, those MSPs that have secured an outsourced CIO role have found that not only can they charge more for such important advice, but they also experience far less margin pressure. The value of strategic counsel is too hard to negotiate down.

The usual objection to an outsourced CIO position comes from the first word. To many, outsourcing still suggests a lack of control, visibility and accountability – and even unclear charging.

But to many in the modern business world, this objection no longer holds water.

Businesses are increasingly comfortable outsourcing fundamental business operations such as HR, finance, legal and payroll – so is there any reason why the CIO role cannot join that list?

The well-used argument of outsourcing allowing the ‘front line’ of the business to focus on what it is good at is no less applicable to the CIO than it is to the finance department.

There will be many MSPs that think this is all very well but changing from selling trusted-advisor services to an outsourced-CIO role is asking for an enormous mind-set change that will only be of use in new business discussions, not with the existing clients.

That is true and while the mindset shift is hard, the potential financial returns can make it worthwhile.

These are sessions that focus 100% on business direction, core organisational (not technical) objectives and progress against them.

There is no discussion of IT issues, technology selection or network management – all of which covered in other meetings, often with different team members to emphasise the delineation.

The different emphases just between the two types of meeting makes it easier for MSPs to show their strategic value and be included in major business policy conversations – not be confused with IT support teams that just ask difficult questions.

Fundamentally, this all comes down to two different ways to show value: one that offers a valuable service that is called on mainly in times of trouble to rescue its clients, but is functional and limited.

And the other that is technically capable, proactive in its approach and is an ingrained team member that shows strategic value in a breadth of areas to enhance business performance.

It’s time MSPs decide which they want to be.