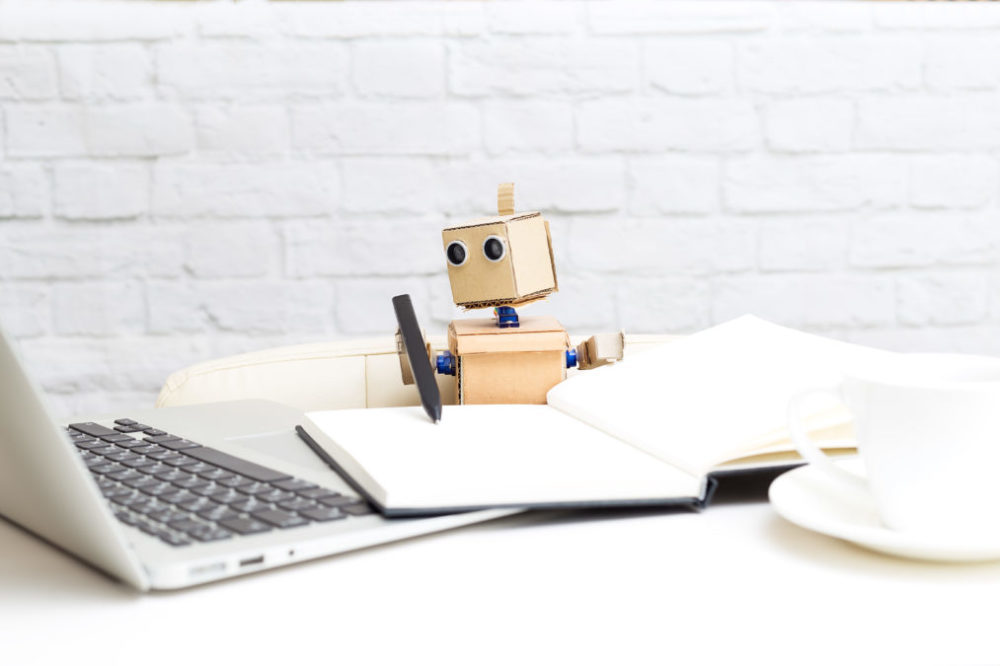 Business executives have always looked for more efficient ways of doing things, but one of the differences now compared to past eras is that they have comparatively more technologies at their disposal.

An excellent RPA setup is one where a company successfully automates numerous processes by deploying bots that complement each other and free up humans to do other things. RPA can automate both customer-facing processes and those happening in the background, but the key to making the technology pay off is deploying it strategically.

In one case study involving Zurich, a global insurance company, the company set a goal of making more than $1 billion in cost improvements by 2018. It believed RPA was the way to do it. In only six weeks, EY, the entity that delivered the RPA solution, cut the costs for some existing processes. Ultimately, the use of RPA gave team members 25 percent more capacity for additional tasks.

RPA done well allows businesses to keep their costs down while giving their workers more opportunities to tackle other needs for their employers.

AI and OCR: How optical character recognition is being revitalised

Optical character recognition tools are undergoing a quiet revolution as ambitious software providers combine OCR with AI. As a consequence, data capturing software is simultaneously capturing information and comprehending the content. In practice this means that AI tools can check for mistakes independent of a human-user providing streamlined fault management.

OCR can interpret the characters on paper-based documents and convert them into digital formats. That capability proves invaluable for companies that regularly receive paper-based invoices and want to upload them to digitised databases while avoiding hours of manual data entry. As such, an accounting professional could scan a physical invoice into an OCR software interface, then let the technology detect the characters on the page.

This use case applies to both big and small businesses. It can take the burden off the accounting professionals who work at small businesses and perpetually feel swamped by their daily duties but also increase productivity at large entities.

Four of PepsiCo’s largest entities in Europe still required people to input invoice data and credit memo information by hand, but OCR enhanced the existing process. A three-month test of the technology involved 40,000 pages of content representing five languages. PepsiCo representatives reported that the technology ran smoothly despite the size of the project and the multilingual nature of the content. It caused the company to look for ways to implement similar OCR-driven processes worldwide due to the efficiency achieved.

Optical character recognition (OCR) is a technology that allows converting static documents, such as physical forms, into a format that’s searchable and editable.

The people who hire for open positions have their work cut out for them, especially when they’re seeking to fill ultra-competitive roles that could have hundreds of candidates. Many human resource professionals use screening tools to narrow down the field of candidates and see which ones are most suitable for the work and the company at large. Some discovered that NLP could accelerate their hiring practices.

For example, NLP platforms offer ways to automate the pre-screening questionnaires that candidates receive once human resources managers put them on shortlists. It’s still necessary to create surveys, but the people in charge of hiring get NLP data gleaned from when candidates called a predetermined phone number and gave verbal responses to the questions posed.

The technology can pick up on things that human resources workers might otherwise miss, such as keywords that could indicate that a person is a better-than-average fit for a role. It’s also possible for users to go into dedicated dashboards that show them detailed specifics about the metrics.

Whenever we go online it’s a safe bet that we’re only a click away from being on a site using AI. Sites and applications from industry giants such as Google and Facebook are constantly using AI in order to improve their user experience and provide more efficient services. Many programs such as chatbots are made possible through the use of natural language processing or NLP. RPA applies it too

Besides helping companies get more done, RPA could play an instrumental role in reducing their risks. Many banks have implemented RPA to help them comply with financial industry regulations related to fighting fraud and money laundering. If financial institutions don’t take steps to identify customers associated with those illegal activities and mitigate the risks caused, fines and other substantial costs could result.

RPA platforms collect and regularly analyze customer data, including performing what’s known as enhanced due diligence on customers with media or political presences. Employees are still present in the screening process, but they find it much easier to meet regulatory demands than they would without the help of RPA.

In an instance involving a Canadian bank, the company saw $750,000 in cost savings in six months after deploying RPA. It accomplished those savings even after reducing the size of the team responsible for screenings.

OCR can make business travel more fruitful for organisations in various ways by reducing the likelihood of common hassles. At some airports, people can insert their passports into OCR readers that capture personal and travel details to expedite the process of clearing customs by reducing the need to wait in line for manual processing.

Google has a feature in its Translate app that translates text from signs or handwritten notes once people take pictures of them. That method is likely substantially faster — plus less embarrassing — than frantically flipping through a phrasebook.

OCR works nicely for helping business travelers confirm excursion-related expenses for their employers as well. Some smartphone apps allow taking a picture of a receipt to automatically import the information from it into a dedicated reporting platform.

Research indicates that most people who call customer service numbers don’t get the help they need. When that happens, many get so fed up that they decide to give their business to other companies. Fortunately, NLP technology could prevent people from reaching such a level of frustration. Solutions exist that measure aspects like a person’s tone of voice, their speaking volume and the words they use during a conversation.

Some platforms give call center agents real-time feedback on how to best assist those people and calm them down before the distress reaches a boiling point. However, making NLP technology maximally valuable for measuring customer sentiment means ensuring that the system understands the context behind certain words as they relate to a company.

For example, if a person calls a travel company and says “frontier,” the technology needs to know that the word likely refers to Frontier Airlines, not settled land or one of the other widely accepted, non-branded definitions for the word.

When companies frequently deal with customers over the phone and want to excel at measuring how each one feels, NLP could help them get positive results.

These technologies can meet identified needs

This list demonstrates how appropriate applications of these advanced technologies can help businesses get the results they seek. However, it’s always necessary for those establishments to determine which problems need solving before investing in any of the options described within these examples.