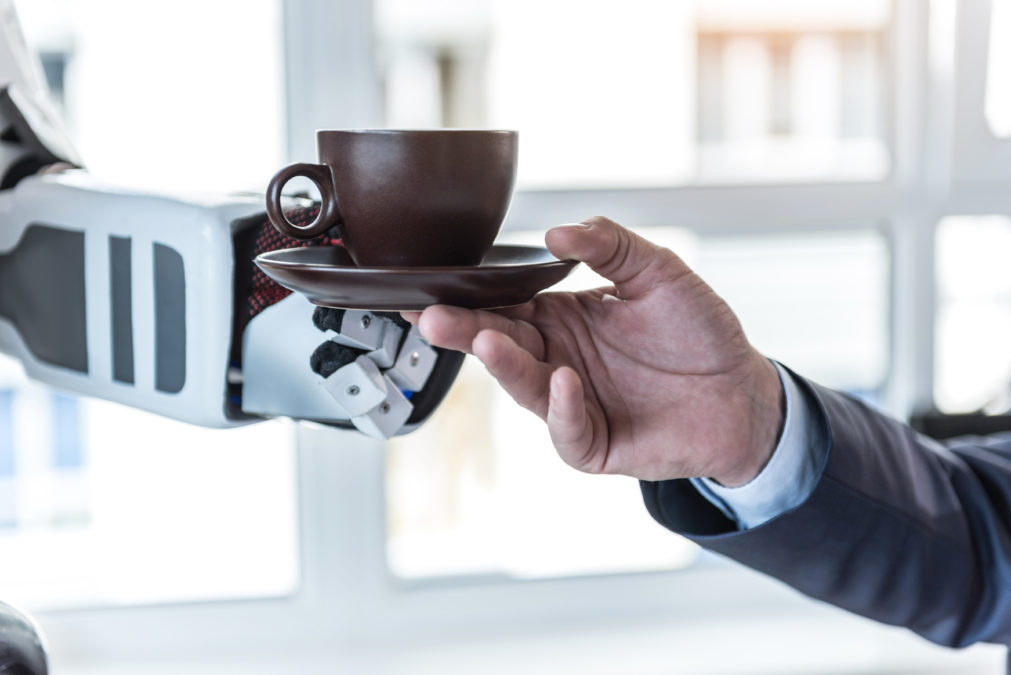 Recently we spoke to UiPath’s chief evangelist Guy Kirkwood, who outlined RPA predictions and some broader trends; this is based on what he told us.

RPA prediction number one, the rise of attended robots.

Attended robots (that’s robots that work alongside humans, augmenting human workers) will accelerate past unattended robots. Guy told Information Age that last year, the ratio of unattended to attended robots was 70:30, “Last week (9 November 2018), I worked out that it is now 54:46. By the end of this year I project that it’s going to go over the 50:50 mark and I predict by the end of next year that we are going to end up with about the 70:30 split, the other way around. So, I think there is going to be massively more attended robots — which also has positive implications for jobs.” And if you are unsure of the difference between attended and unattended robots, a fuller explanation is below.

RPA prediction number three: business-cases for automation will stop being built on headcount reductions and start being built on improved employee engagement.

“This is how automation information should be measured,” he adds by way of an explanation: “Happier employees make for happier customers who spend more.”

“Outsourcing (particularly business process outsourcing) been dying for some time, but I think 2019 will see a catastrophic reduction in new deals and anyone anywhere near a break clause will use it. The Evidence lies with the fact that organisations are changing bottom up, not top down. 9% of our revenue has come from India, yet 60% of the people who have been to our free training courses are based in India.” This means that firms which have traditionally provided outsourcing services are now looking at how they can become experts in automation, in the process shifting their approach to an advisory, or consultancy-led role.

RPA Prediction number five is not so much about RPA at all.  Artificial Intelligence will slowly bleed into the mainstream.

“AI is where RPA was in terms of adoption two years ago. I know this because I did a webinar in March where I had about 800 people on the call;, all using RPA. I asked them the question: “What do you do with AI?” And I gave them a choice between four answers: nothing, at pilot stage, in production, or extensively. The answers were almost exactly the same, to the percentage, that RPA was getting two years ago. So, does that mean it’s going to take another two years to move into the mainstream? No, it’s going to happen more quickly than that, in about 12 to 18 months; it will start to move into mainstream from next year.”

In 2016, Gartner forecast that the global RPA market size would grow by 41% year over year to 2020. Forrester predicted 61% growth to 2021. But all of the RPA vendors have been growing much more quickly: “In the last three years UiPath’s growth has been 480% CAGR.”

On this theme, it is interesting to note that in November 2018, Gartner projected that “Global spending on robotic process automation (RPA) software is estimated to reach $680 million in 2018, an increase of 57 per cent year over year.”

But this all begs one question. What’s the difference between attended and unattended robots? “Unattended robots typically sit on a server or virtual machines; they do the tasks that do not require any human interaction, for instance, moving information through and between systems.”

Guy gave one of the Big Four audit, tax and consultancy firms as an example. “This firm has automated 45% of its core audit business in India using a combination of Microsoft Cognitive Tool kit, IBM Watson, and  Abbyy which is an intelligent OCR platform; orchestrated by UiPath. Guy puts it poetically: “Attended robots can do all the crappy stuff, such as the auditing that people did in their first and second years out of university. I would describe it as the shitty stuff that no one wants to do but has to do it in order to get on with their job.

“Attended robots is where an action is triggered by the human; it’s agent augmentation, it helps you to do your job. The best example of that is let’s say in insurance, by the time you’ve gone through security, the robot will have rushed off to multiple different systems that an insurance company has, on for example, pet insurance and household insurance and car insurance and whatever else you’ve got, to give the agent a full picture of you as an individual, everything you’ve bought, what your claims history is and all the rest of it. The robot does that in lightening time which means that you don’t have to transfer between different departments. This creates a happier experience for the customer and for client and for the agent, who are able to on-sell and up-sell much more effectively.

Dean McGlone, Sales Director at V1, explores the benefits of Robotic Process Automation (RPA) and how it can boost productivity levels in the workplace.

“The important thing is that the attended robot promulgates information back into multiple different systems so that human workers don’t have to because that is what most of their time is spent doing, getting information from the systems and putting it back in once at the end of the call and that is what the robots do.” Karl Nolan, chief executive of Generali Link, summed it up best when he reported that since implementing RPA, “the mood music has changed, we have happier employees and we now measure our service in terms of compliments rather than complaints.”

As automation in the work place potentially moves to the point where there is a robot for every person, this type of culture change could become more prevalent.