Skip to content
Home » Topics » Communications & Networking » SaaS, Paas, XaaS, and more: looking behind the acronyms to the service opportunity

SaaS, Paas, XaaS, and more: looking behind the acronyms to the service opportunity 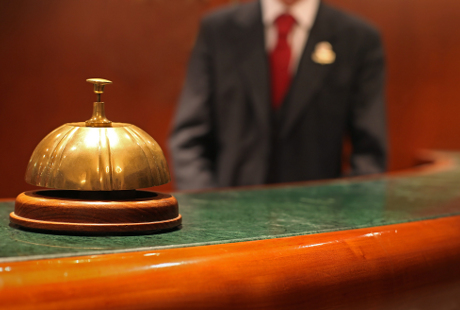 It’s easy to get lost in the IT acronyms being thrown around. The tech world rarely slows down for long enough to give us time to get up to speed with the latest terminology and this is particularly the case when it comes to ‘aaS’. The acronym born following the arrival of cloud-computing has many forms, developing and introducing new letters and meanings, constantly.

In recent years, a bunch of aaS acronyms have come into play which refer to the as-a-service economy – giving users access to services on demand over the Internet, as opposed to being used on-premises.

> See also: How Data as a Service can modernise the data supply chain

Software-as-a-service (SaaS), infrastructure-as-a-service (IaaS), platform-as-a-service (PaaS) and Anything-as-a-Service (XaaS), are just a handful of terms which need to be understood and considered for implementation by organisations in order to make the most of advanced technologies, without lengthy contracts or missed upgrades.

For business leaders and decision makers, understanding the concepts behind the acronyms is key to reaping the benefits that the as-a-service economy can bring.

SaaS has been around for years and is the offering which gives organisations the opportunity to buy or use a solution without looking after the software. All of the maintenance and development is left to the provider.

Paas came after SaaS and relates to application delivery, allowing organisations to run their apps without having to maintain the infrastructure on-site.

Usually utilised by larger enterprises, IaaS means that compute resources, complemented by storage and networking capabilities are owned and hosted by a service provider and offered to customers on-demand.

Security-aaS is becoming popular as, often, a deterring factor when looking to implement security services is the cost of the tools, and also hiring employees who are skilled enough in this area to deploy them correctly. With this model, any organisation can be equipped to protect themselves against cyber-attacks.

XaaS is the most recent addition to the aaS acronym family and can be translated as ‘Anything as-a-Service’, acting as the umbrella which encompasses all of the service models listed above, and more. Although SaaS, PaaS and IaaS are the most commonly talked about, the aaS economy has also expanded to include things like Disaster-recovery-as-a-Service.

Using these as-a-Service models has many benefits. There is no capital expenditure required, which is a great way to keep costs down. Also, infrastructure or tools are hosted off-site, space can be saved and there is no need to employ staff to manage the software or services.

> See also: Is 'marketing as a service' hype or reality?

On top of this, users can have remote access to the system by accessing it online, regardless of their device, which caters for employees that might work out of the office. Additionally, an aaS model allows businesses to expand, save costs and deploy important services without the lengthy traditional contract they may have been tied into.

If we look at the more niche services being delivered in this model, such as security solutions, these can be extremely important. By using an aaS model, organisations can have trust in the providers who specialise in this field and avoid the upfront cost of procuring a whole new system.

In terms of security, it is more important than ever for organisations to implement measures to protect their company and customer data. We only have to look at the news to see that the frequency and size of DDoS attacks is ever-growing. Just look at the recent Github hack.

With the ongoing work to shut-down or neutralise botnets, a cyber-arms race has started with hactivists and other cyber criminals constantly searching for new ways in which to amplify attacks. As a result, DDoS attacks are increasingly common and businesses must protect themselves.

Having security solution available through a services model can relieve the headache of having to invest in a whole new infrastructure and train new staff to learn how to manage the new systems.

As you can see, there are many benefits to a ‘service’ model but if organisations let the acronyms scare them and they shy away from what they have to offer, they are at risk of lagging behind their competition. With the opportunity to save costs, space, time and even protect against cyber-criminals, now is definitely the time to join the as-a-Service revolution.

Data
Networks
XaaS - Everything as a service