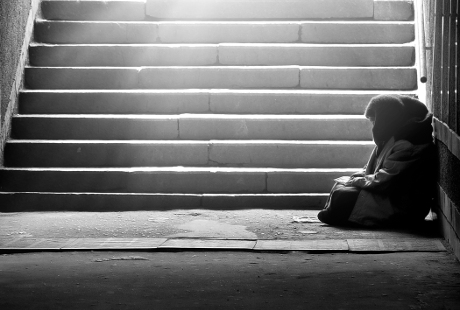 Shelter is a charity charged with helping homeless people, campaigning for policy change and raising awareness of homelessness in the UK.

In pursuit of its mission, the charity uses a lot of data. This includes house prices across the country, occupancy rates, incidents of repossession, and much more besides.

A lot of this information has been made available by the government through its open data portal, data.gov.uk.

However, according to Shelter’s statistician Tristan Carlyon, the data.gov.uk website is far from easy to use. “If you don’t know the exact table you need, it’s very difficult to find what you’re looking for,” he says.

Carlyon’s frustration with the data.gov.uk portal prompted him to build a system that would allow him to access the information he need more easily.

“This is a resource which was just not there,” says Carlyon. “If it existed somewhere, I would be using that every day in my job. There was a gap there so I thought I’d built what I want first and foremost.”

But, it then occurred to him, the tool could also be useful for the general public. It could, he thought, be “a unique resource to drive traffic to our website and increase our brand profile”.

This dual purpose helped Carlyon persuade his director that this was a tool that could help Shelter acheive its strategic aims, and secured the funding for the Shelter Housing Databank.

The Databank is a simple, one page interface for all the housing data available on data.gov.uk. Users can find the data they need, from house prices in a particular region to the frequency of repossession orders, using a point-and-click interface. Data is returned in the form of a table which can be quickly converted into a graph or exported as a spreadsheet.

Users can register to be informed via email every time the data is updated. So far, 600 people have sign up for this service, revealing who is interested this data: they include journalists, academics, campaigners, town planners and government officials, Carlyon says.

The site has seen steady traffic since its launch back in October 2011, and has received positive feedback from external users.

“The time we save on queries for information, now that we can direct people to this, amounts to a day a week, which is an immense amount of time really. It means we can focus on our charity objectives and increasing our brand profile.”

In future, Carlyon plans to add more data, more visualisation tools, and the abilty to plot the data on a map.

Shelter's data portal project demonstrates how exposing internal information systems to the public over the web can help an organisation engage with the outside world while improving internal efficiency.