Skip to content
Home » Data » How Silicon Valley can kill your business, by a man scolded by the machine

How Silicon Valley can kill your business, by a man scolded by the machine 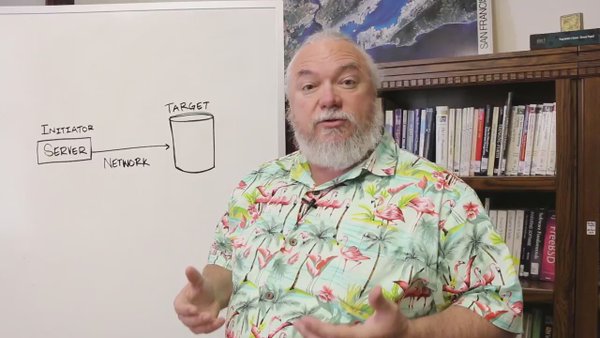 Silicon Valley is the largest startup ecosystem in the world. A hub of talent, wealth and R&D, and teeming with powerful venture capitalists, it is widely seen as the place to start and grow a tech business.

But for every Silicon Valley success that wants the world to know their story, there are many failures that go unreported because those who feel most hard done by, the original founders, don’t want to aggravate the investor community for fear of it damaging a future venture.

Brantley Coile is not one of those people. In fact, he never wants to see a venture capitalist again. His business, Coraid, was one of the hottest startups of the early 2010s, but when he let the Silicon Valley machine get a hold of it, everything changed.

Coile made his name by inventing network address translation, a method of remapping one IP address space into another, and developing the PIX firewall, which was acquired by Cisco Systems in 1995. He went on to invent the ATA-over-Ethernet Protocol in 2005, a lightweight method of networking storage. It was this invention, and the money Coile made from selling PIX, that led him to start Coraid.

The company began selling its Ethernet block storage arrays in 2004 and accumulated more than 1,000 customers and $12 million of revenue by 2009, with only 18 employees.

However, when the recession hit in 2008, around the same time as enterprises were turning to VMware environments in their droves, Coile realised Coraid needed more money to get the product out there more widely. He made a trip to Silicon Valley in 2009.

“We had VCs lined at the door trying to get their money in,” Coile tells Information Age. Coraid took on its first round of venture funding, $10 million, in December 2009. A Series B funding round in November 2010 brought in $25 million, following by $50 million in Series C funding in November 2011. The VCs brought in a new leadership team, led by Kevin Brown, who had overseen the acquisition of desktop virtualisation vendor Kidaro by Microsoft

“There was some great talent,” says Coile. “I looked around at the board and thought I don’t have to worry about this anymore. I was getting calls from VCs who were pissed off for not being included in the round.

“I viewed an IPO at the time as just another funding event. I don’t think people were lying to me, I just didn’t know what the game was.”

In 2010, product development was taken out of Coile’s hands. “Some of it I agreed with, some of it I didn’t.” Sales climbed, peaking at a run rate of $48 million, and the head count hit 159, but the company was spending $2 for every $1 it made. “We were burning money.”

The “huge” leadership mistake came when they changed Coraid’s operating system, according to Coile, who quotes Charlie Giancarlo, a Coraid investor who bought Skype from eBay at a valuation of $2.92 billion and sold it to Microsoft two years later for $8.5 billion: “Companies that switch operating systems fail and I won’t have anything to do with them.”

In 2013, Brown was replaced as CEO with David Kresse, who had led the acquisition of app testing specialist Mu Dyamics by Spirent Communications. “I had $2 million of my money in the company and it was clearly going away,” says Coile. A further $29.3 million round of funding in December 2013 represented a last-ditch attempt to rescue the company, but by then Coraid’s technology was too far behind.

“We had two successful CEOs who were not technical. Great guys in their own way, but they thought Solaris would make a better OS than Bell Labs Plan 9. I have never been able to get a technical answer as to why they changed the OS. They thought if we go with Solaris we get all of this stuff for free, where as with Bell Labs Plan 9 we have to keep engineering on it.

“Project Klamath never shipped but it did soak up a lot of resources. And then they instructed sales staff to avoid small deals. If it wasn’t over $30 million, they didn’t want to talk to them. I found my company based in a Silicon Valley bubble.

“Sales started to sag for both of those reasons and if you have sales dropping you have a money problem because we were already burning $2 for every $1 earned. VCs only really look at year-on-year growth and margin. Dave Kresse, I trust the guy with my life, I still call him a friend, but he didn’t change the course of the company.”

There was a silver lining to Coile’s story, however. “The venture debt guys sold the IP (SRX and VSX) to a spin off, Intermodal Data, which Kresse led. They built a product from it but later tanked. Then something totally unexpected happened.

“Dave Kresse called and said do you want the old stuff. They only wanted the Solaris stuff and thought it would look better if I made something good from the old stuff. Then, Intermodal abandoned the Coraid trademark and domain name.”

Coile used all of this to start a new company, SouthSuite, a Georgia-based software-only storage company with the aim to develop ATA-over-Ethernet for the modern data centre with all its cloud storage needs. It supports all of the old Coraid systems and its growth will be funded only by its own profits. Coile vows SouthSuite will never take on venture funding, will never be acquired and will never IPO.

“What would I do with the money? Start another SouthSuite. I have enough money. No VC, no going public, not for sale, here to stay. It’s too expensive and onerous to go public. If it becomes advantageous like it was in the 1970s, maybe, but not now. You should only IPO now if you need to raise stock to acquire companies.”

Coile refuses to call SouthSuite a startup. “A startup is untried technology that gets VC-funded, finds a customer base and gets a big revenue. In reality, the product being sold by the VCs is an entity with a large run rate that big companies like HP will acquire to bump their top line because their share price is based on appreciation of top line revenue. The VCs cash in and leave the customers stranded. Customer investment is lost over time and untended technology quickly stales. Employees lose jobs because the business that acquired them has to be profitable.

“SouthSuite is a business because we haven’t taken VC investment and we’re profitable now. We’re not heading for an IPO or cash-out. We’re looking at the next 20 years, planning for five, 10 and 20 years out, rather than just looking at an exit. We’re constantly improving our technology, not churning it. We hire employees for life.”