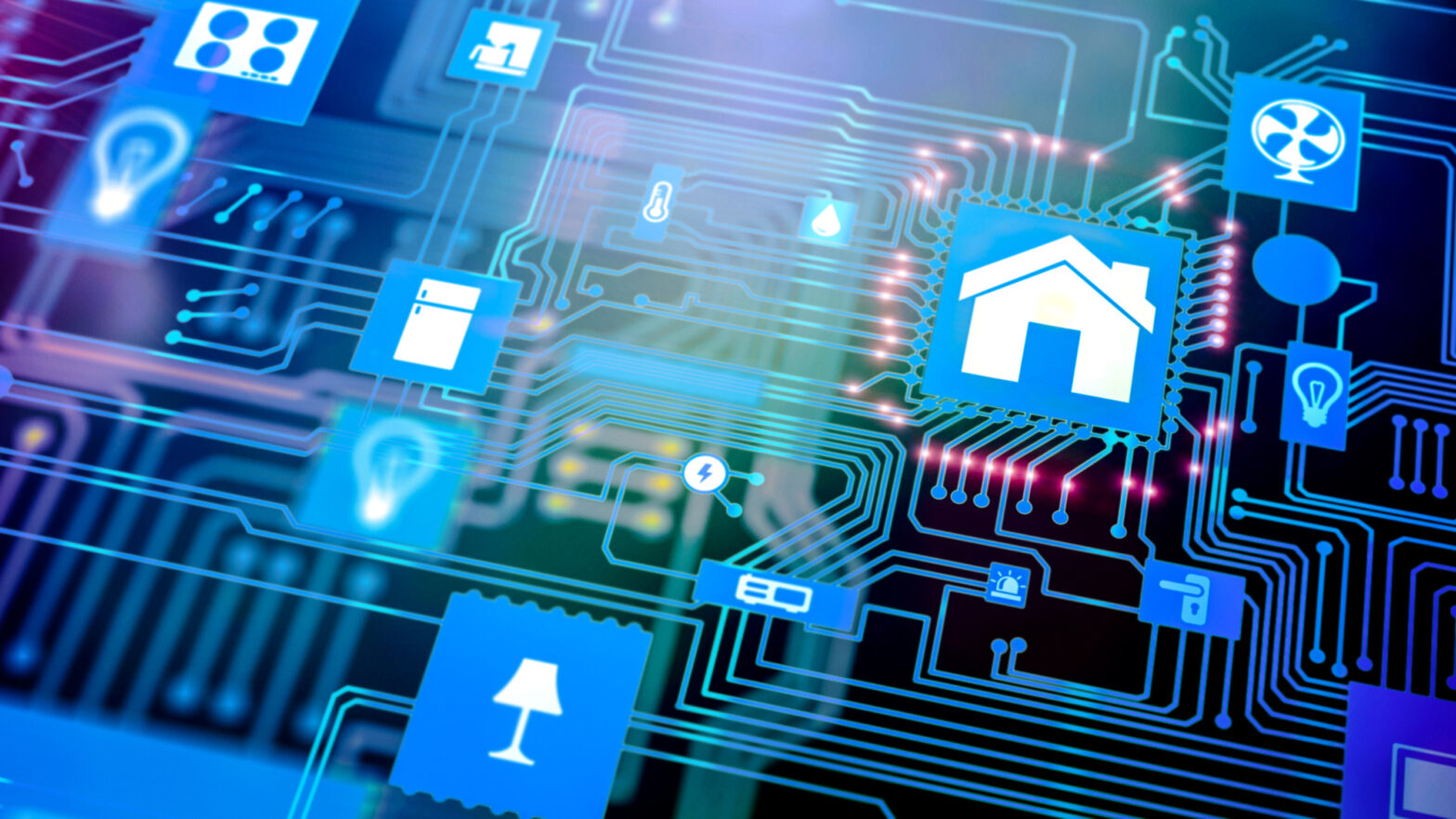 Smart home technology has evolved at a rapid rate in the last few years, with the Amazon Echo and Google’s Home systems both starting to make voice commands seem like a normal part of domestic life. Yet, a lot of smart home technology is now aiming to help with security. Smart locks are an ostensibly more intelligent form of door lock, and home CCTV cameras can now be remotely viewed from smart phones.

But with modern technology comes modern concerns: Will this technology get hacked? Will people figure out how to use it properly? Will it turn on people when they most need it? The more
outlandish of these questions may be unnecessary, but consumers should still be cautious before putting their faith in any security technology, new or otherwise.

Smart home security measures stem from the ever-expanding bubble that is the Internet of Things (IoT), a phenomenon which has now reached the point where almost every household appliance has a corresponding “smart” version.

Wired Magazine illustrates this well in a list of bizarre connected devices, which includes a smart salt shaker, and a toaster with — of course — text messaging functionality.

With even those types of trivial items coming with internet connectivity, it’s no surprise that essentials like home security are getting smart. Smart home security devices are now available in all shapes and sizes, to suit the needs of any home.

The most futuristic of these might be security drones, which can hover outside your house using sensors to detect and record intruders. On the other end of the scale there are “smart locks”, which function variously via touchscreen, fingerprint, or Bluetooth, eschewing the traditional metal key.

IFSEC Global predicts that smart security tech will reach new levels of capability in the next thirteen years. Their report suggests that a smart, “automated neighbourhood watch” system might emerge through the automated collaboration of wifi burglar alarm systems and data- gathering sensors.

In a world where any kind of technological advance is thought to be an inherent improvement, it is understandable that many are buying up smart home security devices in an effort to turn their homes into impenetrable technological fortresses. But will it work, or could some smart security features pose unnecessary risks?

There are alternative ways to keep your home safe

Just as a landline telephone will still make a phone call, conventional home security will still keep you safe and sound. There’s no need to upgrade to smart security if you have no issues with your current locks, alarms and CCTV cameras. In fact, smart security isn’t even strictly an “upgrade”.

If you do want to enhance your house’s safety, there are plenty of low-tech options available, which could make just as much a difference to your peace of mind. CMS Keyholding tout routine visits from keyholders as an accessible security upgrade for those who want home safety with a human touch.

Rather than floating drones or AI neighbourhood watches, routine visits involve security experts visiting a property to explore and check for signs of danger at pre-scheduled intervals during long periods of absence, or in emergencies.

There are other equally low-tech security measures that experts recommend. Growing a tall, prickly hedge on your home’s perimeter is an attractive alternative to barbed wire, according to a security firm quoted in the Independent.

The same article also recommends making simple amendments, such as such as ensuring all your locks reach British Standard Kitemarks, and placing your alarm system’s bell box in a highly visible position. With basic systems like these in place, you can deter and prevent criminal activity without having to connect anything to the wifi.

Smart home systems may be dumber than people think

So far, there is no data to suggest that smart home security technology is any less effective than the unconnected alternative. But there have been findings suggesting that the IoT in general is putting many homes at risk.

It’s not the smart locks, alarm systems or drones we need to worry about; it’s the texting toasters and wifi pepper shakers. These more mundane smart devices will be connected to the same wifi network as more important security contraptions. Since their purpose has nothing to do with security, these IoT machines are rarely secured in an effective way. This means criminals could hack into a wifi network via its less well-defended devices like toasters, TVs and fridges, using them as the access point to the controls of a home’s smart locks, cameras, and drones.

>See also: Home security: Could a smart home be a stupid idea?

The possibility of this dire scenario has prompted the police to call for all smart devices, no matter their purpose, to carry cyber security ratings in the same way they currently have energy efficiency ratings. No matter how effective your smart lock, your fridge could leave you vulnerable, so these kinds of warnings could help keep homeowners safer.

Combining the traditional and the technological is the safest bet

Due to the potential vulnerability of IoT wi-fi networks, it is unwise to rely completely on smart home security to keep a house and it’s belongings safe. That doesn’t mean these developments have no security value at all, though. In embracing the future of home security, it is important not to sacrifice basic domestic safety. An integrated approach—making use of the high-tech and low-tech is the safest way to keep a home secure.