When will smart homes and cities happen? 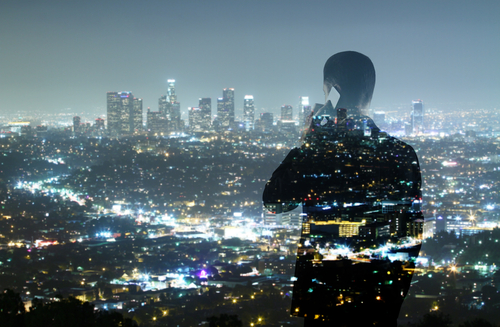 What kind of house do you imagine you’ll be living in a decade from now? Sci-fi authors and futurologists have long-pondered this question, and their predictions have ranged from the fantastic to the absurd.

It’s easy to feel cheated that the lunar or Martian cities predicted in the 1960s still haven’t quite materialised, but thanks largely to the Internet, our Earthly homes are becoming much more tightly integrated with a range of different technologies that stretch far beyond what those very same sci-fi authors and futurologists could have imagined.

The next decade’s smart technology will be aimed at the heart of the home and devoted to making our lives even easier. And paradoxically, as our homes become more high-tech, the technology itself will become harder to see – becoming smaller and more intuitive, and eventually fading into the background.

This deep integration with the Internet will bring our buildings to life. Simply entering a room will automatically trigger a set of actions – from changes to the thermostat to your favourite music playing or TV channel coming on, through to weather and travel updates. Homes will no longer be static environments – they will be constantly adapting and changing to suit the context of your life.

The world of tomorrow, today

These changes are already happening. A new report by Juniper Research this month has forecast that the value of smart home revenues will reach $71 billion by 2018.

The one enabling piece of technology these objects have in common is the Internet. And the variety of hardware and services that can be operated remotely via the Internet is endless.

By definition, a smart home is really just the sum of the devices inside, that create a home that is integrated, clever and simple. As such, the term smart city might imply that these cities are just the sum of the smart homes within a certain area. In fact, smart cities are more complex because of the sheer number of people inhabiting the space and the nature of the infrastructure they interact with and depend upon.

One example is Rio de Janeiro, which will be hosting the Olympic Games in 2016. Rio has partnered with IBM to make the city smarter. Improving public services and traffic flow is a big focus, made possible by monitoring congestion and intelligently redirecting traffic to quieter routes. This is an application of connectivity and big data principles aimed at solving a very real problem.

When you take a look at all of the things people are already doing, and get a glimpse of what’s just around the corner, it becomes clear how heavily our societies rely on a reliable and resilient global Internet.

It underpins the ability to run the machines, services and monitoring systems that play such a crucial role in our day-to-day lives. That is why there is a great responsibility to future proof the technology that forms the foundations of smart cities and appliances.

The Internet is an incredibly resilient technology that is often able remain operational in the face of major disasters and in remote locations. However, the devices we use to access the Internet all need a globally unique Internet Protocol (IP) address, and there is a rapidly diminishing supply of remaining addresses in the current version of the protocol, called IPv4.

When IPv4 was developed back in the 1970s, no one could have foreseen the phenomenal growth of the Internet. Because of this, the 4.3 billion possible addresses in IPv4 were thought to be plenty for what at the time was mostly a fledgling network of research computers.

With so many Internet-connected devices in use today, and with billions more set to come online in the next decade, what previously had been a problem to be solved at some future date has now become a much more pressing issue.

The RIPE NCC, one of the world’s five regional internet registries, responsible for distributing Internet number resources in Europe, the Middle East and Central Asia, reached IPv4 exhaustion in September 2012.

APNIC, its counterpart in the Asia-Pacific region, reached exhaustion even earlier – back in 2011. Current predictions are that both North and South America (ARIN and LACNIC) are due to run-out of IPv4 in about a year (though it is difficult to give precise estimates).

There are technical address-sharing approaches that can be used to stretch the lifespan of IPv4, such as Carrier Grade Network Address Translation (CGNAT), which involves sharing one IP address between many users.

However, CGNAT comes at a cost. It can cause network problems because many programs require a unique ID, which isn’t possible with CGNAT. It can also result in a compromised experience for users and can interfere with peer-to-peer applications and online gaming.

For a number of technical reasons, deploying IPv6 is not as simple as flipping a switch. There are very real costs involved. Nevertheless, the Internet community is increasingly recognising the need to move to IPv6, and there has been a slow but steady uptake across the RIPE NCC’s service region.

Although IPv6 deployment is increasing, many people are still waiting for the “killer app” that will trigger wide scale adoption of the new protocol. But with many networks experiencing growing pressures from the shortage of IPv4, faster deployment of IPv6 is crucial.

Fifty years ago a technology as useful and versatile as the Internet only had a place in sci-fi. Yet today, we find ourselves with the opportunity to take advantage of this magnificent new utility that we can leverage to make our homes simpler and cheaper to run and our cities safer and more efficient. We can push education and social equality to new levels, giving everyone access to essential data and information, and we can also make the world a lot more fun!

But only if we ensure that we safeguard the Internet’s infrastructure with technologies such as IPv6, which is critical to the future growth of the Internet.

The sooner companies and governments adopt IPv6, the better. Without IPv6, smart homes and smart cities simply won’t be possible. If we invest time and resource into IPv6 now, we can continue to profit from the innovation enabled by the Internet for years to come.

Sourced from Axel Pawlik, managing director of the RIPE NCC