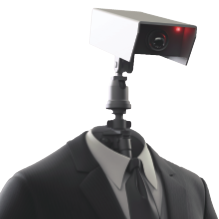 A system from US defence contractor Raytheon that analyses social media data to profile individuals has been described as "the greatest challenge to civil liberties and digital freedom of our age".

An article by The Guardian yesterday profiled the Rapid Information Overlay Technology (RIOT) system. It includes a demonstration video in which a Raytheon spokesman claims that by analysing social media data, it can provide geographical location of an individual and even "predict" criminal or terrorist activity based on social connections.

The RIOT system is not being used by any customers, The Guardian reported, but the underlying technology was developed in partnership with the US government and other commercial providers.

The report has been met with strong reaction for privacy campaigners. Nick Pickles, spokesperson for pressure group Big Brother Watch, told Metro that social media analytics is "the greatest challenge to civil liberties and digital freedom of our age".

"People have been sharing large [amounts of] information about themselves on social networks without knowing the consequences of it," he says. "Now companies are looking at how to join the dots."

The fact that Raytheon is a defence contractor may explain why the existence of its RIOT system has prompted such a strong reaction, when comparable systems are in frequent usage commercially.

A similar reaction broke out when UK start-up DataSift announced that it would be offering companies the ability to analyse historical tweets. The Daily Mail reported the story with "Twitter secrets for sale" as its headline.

“As a Twitter user you expect that what you say will be accessible to others but you don't expect it will be data mined,” Gus Hosein, Privacy International’s deputy director, told Information Age at the time. “You don't expect that your tweets over a two year period will be dissected to see your attitudes towards a company.”

It is not illegal to analyse information in the public domain. If an individual has voluntarily published information about themselves on a public website, the use of that information is no longer governed by the Data Protection Act.

However, social media users may be uncomfortable with theiir social media data being analysed without express consent, or they may be unaware that their data could be used in that fashion, so there is a risk of negative public reaction.