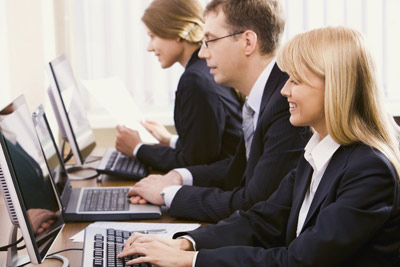 As small and mid-size businesses (SMBs) drive the UK’s economic recovery, new research has shown that many British businesses will struggle to create the right IT platform for survival – let alone lay foundations for growth.

An independent study of 200 UK organisations, commissioned by Scale Computing revealed a significant shift by SMBs towards non license-based software and infrastructure systems.

The study of senior IT personnel, conducted by leading market research specialist Vanson Bourne, found that SMBs are facing daunting, often business-defining IT decision making. The way the majority of businesses buy, deploy and manage software and infrastructure systems is not sustainable, the survey reveals.

Half (48%) of SMBs said their budget is simply not enough ? meaning they're not able to fully provision for the needs of the business. Amongst respondents, just one in three were able to support the growth of their organisation throughout the economic recovery, and only 38% said that their IT delivers any sort of competitive advantage. This is not the industry’s vision of ‘IT as a strategic enabler’ within the business.

When comparing themselves to their enterprise peers, SMBs see even greater challenges as they struggle to afford what are traditionally perceived as the ‘right’ technologies. Almost all (99%) of respondents agreed to some extent (60% agreeing outright) that large organisations have a reputation for buying big name brands, and that IT decision-makers believe they will become more employable if they do so.

“Too many SMBs don’t have the budget to develop the infrastructure they need to operate – let alone grow. Leveraging non-proprietary technology and simplified infrastructure allows for IT to enable their business and not waste time on maintaining infrastructure."

Tear up the rulebook

Over nine out of ten (97%) respondents agreed to some extent that SMB users can’t get a competitive edge from license-based software and systems. Reinforced by the lingering impact of recession, many UK SMBs have explored a wider range of open source and licence-free software and infrastructure options. Indeed, 79% have explored such technologies in the last 12 months alone.

The signs of a change in IT strategy are already appearing. Before the financial crisis, around 16% of SMB applications were non license-based offerings. This has almost doubled, standing at almost one third (31%) today. It’s a trend that’s set to continue; the research showed that an expected 36% of SMB applications will rely on non license-based software products by 2015.

“IT professionals have been brainwashed into thinking that paying more money for big brand names is value for their business,” Ready said.

“The reality is that there is a new breed of IT emerging, which is savvy enough to understand that the alternatives are good enough, and they no longer have to pay for licenses.”

The majority of IT leads in SMBs (57%) believed that they could achieve more within their organisation with more resources; the lack of IT department resources prevents their team from driving new developments or special projects.

One of the biggest concerns for these IT decision makers was the complexity of managing their estate, not because of the technical knowledge required, but instead because of the procurement challenges.

Over two thirds (69%) considered their job demands more ‘multi-vendor management’ and navigation through the associated complexity than it does being the ‘IT guy.’ Strategic improvements to the business often didn’t even figure in the equation.

“Currently, as this research shows, budgets aren't sufficient for SMBs to create the infrastructure they need for their business to grow,” commented Ready. “This means employees don't have all the tools they need, and start looking to a disparate range of consumer tools to get the job done.

“This is where IT loses control – simply because it can't afford to fully support the organisation. It also adds to the complexity of the overall picture. We see the shift away from big name brands, and the significant move to non-traditional solutions, as a sign that IT strategy in smaller businesses is maturing.

“The more that UK SMBs feel empowered to make the right decisions for their particular business, and aren’t pressured to align to the status quo, the better their chances for growth. For our part, we’re working to ensure that IT teams of all shapes and sizes can deliver real value into the business – at minimal cost and without complexity."