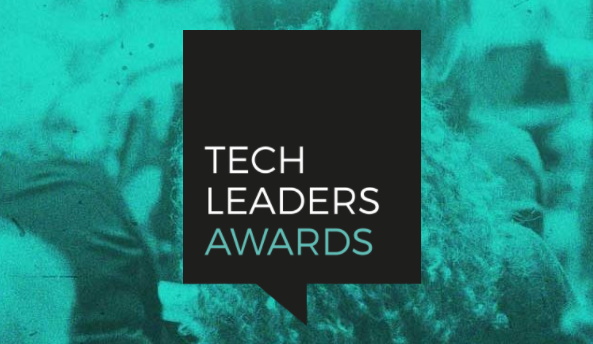 Tech Leaders Awards, which will bring together hundreds of the UK’s top business and technology executives to honour the industry’s leading players, is now accepting nominations across 13 categories.

The UK’s world-leading tech sector is a vital part of the British economy, with digital industries growing 32% faster than the rest, according to Tech City UK. Digital tech industries have a combined annual turnover of £161 billion in the UK, and the benefits are felt well beyond digital companies.

Nearly half of digital jobs today exist in traditionally non-digital industries and organisations in all sectors must now ingrain technology in all facets of their business or face the consequences of being disrupted.

Tech Leaders Awards recognises the leading figures at the forefront of this disruption and innovation, playing a central role in helping organisations use technology to its full potential as a driver of business value, both at the top line and bottom line, as well as in the public sector to improve the lives of UK citizens.

This is a premier awards programme for the UK’s thriving IT industry, bringing together the highest achievers to honour excellence in tech leadership and showcase the powerful contributions of technology and innovation in today’s economy.

The winners will be announced at a special gala ceremony in London on 14 September, as the industry comes together to recognise tech leadership, excellence and innovation, and to celebrate technology’s growing importance to every successful organisation in the UK.

>See also: How businesses can transform through tech innovation

“Information Age has been a trusted voice for technology leaders and a respected source of industry news and analysis for more than 20 years,” said Ben Rossi, editorial director at Information Age publisher Vitesse Media. “With technology now more critical than ever to organisations and society at large, we think it’s important to recognise the people leading the incredible innovation and disruption we see across every sector.

“Tech Leaders Awards is a unique awards programme in that it honours leaders in traditional tech roles as well as those at the forefront of disruptive innovation, such as artificial intelligence and the internet of things, reflecting the exciting, ever-evolving nature of the technology industry.”

Nominations are now open for the Tech Leaders Awards 2017 and will close on 12 May 2017. Click here to nominate.

Tech Leaders Awards is a sister event to Tech Leaders Summit, which is the UK’s largest summit for tech leadership and takes place on the same day (14 September 2017).

Information Age also organises the world’s largest tech diversity event, the Women in IT Awards, as well as the Data Summit and Data 50 Awards.