Tech predictions from The Economist in 2019: Facial recognition to AI regulation 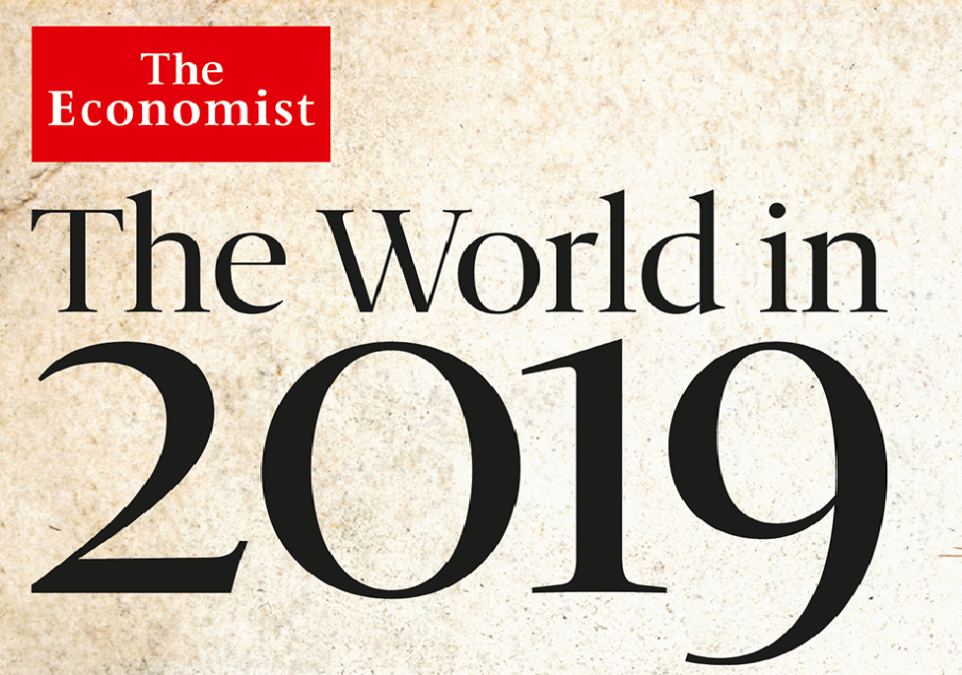 Whether it’s artificial intelligence or facial recognition, tech will be everywhere in 2019. But Silicon Valley may have peaked, and the tech giants will be in regulators’ sights in both America and Europe.

Writing for the World In 2019, the annual publication from The Economist, a team of editors from the publication delve into the areas they believe will shape the conversation and agenda in technology during 2019.

Bashing Wall Street is so 2009. Today politicians are redirecting their anger towards America’s most successful technology firms. Big tech has been unpopular in Europe for years, but more Americans will join the chorus in 2019. The most acute threat to big tech firms is that of antitrust action. Yet such cases can take years to build and litigate.

In the meantime, watch out for a different form of governmental pushback. During 2019 American and European legislators will block deals by large tech firms if they try to snap up more young startups that could grow into competitors. American legislators may also try to pass new consumer-friendly privacy rules, in line with those already adopted in Europe.

Matt Lock, Director of Solutions Engineers at Varonis, explores, in Information Age, how the California Consumer Privacy Act has been influenced by the GDPR and whether it could act as a catalyst for other US states to follow suit?

Regulators must respond to AI now
Tom Standage, deputy editor, The World in 2019

As AI is applied in a growing number of areas, there are legitimate concerns about possible unintended consequences. The immediate concern is that the scramble to amass the data needed to train AI systems is infringing on people’s privacy.

The General Data Protection Regulation was a step in the right direction, giving EU citizens, at least, more control over their data (and prompting some internet companies to extend similar rights to all users globally). The EU will further clarify and tighten the rules in 2019 with its ePrivacy Regulation. Critics will argue that such rules hamper innovation and strengthen the internet giants, which can afford the costs of regulatory compliance in a way that startups cannot. They have a point. But Europe’s approach seems preferable to America’s more hands-off stance. China, meanwhile, seems happy to allow its internet giants to gather as much personal data as they like, provided the government is granted access.

Given how widely applicable AI is—like electricity or the internet, it can be applied in almost any field—the answer is not to create a specific set of laws for it, or a dedicated regulatory body akin to America’s Food and Drug Administration. Rather, existing rules on privacy, discrimination, vehicle safety and so on must be adapted to take AI into account.

The latest advances in machine learning have created software that can determine the unique pattern of a person’s face from imagery or video to a far higher degree of accuracy than older technology.

Silicon Valley’s approach to facial recognition, using powerful computers and large datasets of faces to train highly accurate software, is only beginning to percolate into the security market. That will speed up in 2019. The combination of web-tracking and physical biometrics will mean that spaces in which human beings are not tracked will shrink.

In America, for example, Major League Baseball will start allowing fans to validate their tickets and enter stadiums via a scan of their face, rather than a paper stub. Singapore’s newest megamall will use the technology to track shoppers and recommend deals to them. Tokyo will spend the year installing facial-recognition systems in preparation for the Olympics in 2020, when it will use the technology to make sure that only authorised persons enter secure areas.

It is worth worrying about facial recognition for the principles it offends and the damage it threatens. Human beings need spaces where there movements are not tracked. A world with ubiquitous facial recognition means one in which no coffee morning, no midnight walk, no trip to the shop can occur without being assigned to a specific face and identity. Strong laws that protect individual rights are the best hope for limiting such tracking.

How facial recognition could save insurance companies billions

A new system based on deep learning AI could significantly reduce claims fraud.

Chinese methods of payment will spread remorselessly around the world in 2019. By one account a third of Alipay’s users are abroad. In the summer of 2018 it processed 2.6 times as many foreign transactions as in the same period a year earlier. Besides expanding under its own name, Alipay is buying stakes in local payments companies across Asia. WeChat Pay is also expanding into South-East Asia.

Some people may resist the QR revolution. But China is coming for them, in the shape of China UnionPay. Already its cards are accepted by more than 41m merchants and 2m ATMs in 170 countries. And it is planning a big overseas expansion.