Skip to content
Home » NoSQL » Technology, regulation and the law: don’t be caught out. An example

Technology, regulation and the law: don’t be caught out. An example

Technology, regulation and the law

Near-perfect examples of this phenomenon are “language technologies” — those free “computer translation” apps that you can find on your mobile device. You could easily get the impression that translation and interpreting are “yesterday’s problem, because technology has sorted that, right?”. Your company’s lawyers might not agree, especially if your organisation is regulated or in the public sector (or both; and private companies can have an implied duty of care, too).

The law and regulatory catch-up period has entailed the following:

• A growing body of evidence, arising mainly from the forensic analyses carried out by courts during recent cases, that computer-translation is not appropriate for use by many organisations, even where such use is in less-formal or pre-formal areas (as it can corrupt downstream processes and legal outcomes). This particularly applies to what have been characterised as “free consumer translation gadgets” and goes far beyond the issue of accuracy (still very questionable in itself) to include certifiability, pre-checking, quality assurance, ultimate responsibility for errors and legal compliance and defensibility. 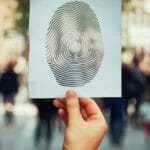 Biometrics and the Law: How the CCPA fits into the bigger picture and best practices to reduce litigation risk

What is the California Consumer Privacy Act (CCPA) and how does it fit into the bigger picture of biometrics data laws in the US? Read here

• In addition, courts found such tools not to be “trusted translators” as they produce “unintelligible” results (“unintelligible” being the actual word used in a recent US court written judgement where a police investigation was successfully challenged because of the use of a free computer-translation tool). There are an increasing number of such successful legal challenges.

• Such tools are offered free of charge which, on the face of it, may seem to be a justification for their use (especially given financial constraints). However, it’s widely acknowledged that the free nature of such tools is principally in order to avoid liabilities arising against their providers when the ‘translations’ so produced lead to complex legal issues with potentially huge financial liabilities.

• A number of public sector organisations have now publicly acknowledged these issues, describing the practical ways in which such tools are inappropriate for use in “official” contexts (as examples, one UK local authority “went public” in the press saying that they have banned the use of such tools; and there is the case of Danish Police characterising use of such tools as “a mistake” after their use affected a legal outcome, and have discontinued their use);

• Broadly, while such tools may be acceptable for use in “trivially inconsequential” scenarios (e.g. ordering coffee in a foreign language whilst on holiday), many — such as politicians, lawmakers, regulators and regulatory bodies – have discovered the limitations of (and hence consequences of the use of) such tools and gadgets in contexts that are far from “trivially inconsequential”.

• Last, there is significant concern within the translation and interpreting research community about the use of such tools, covering a wide range of “problem areas”, especially where there are legal or quasi-legal implications. Prof. Sabine Braun, director of the University of Surrey’s Centre for Translation Studies (CTS), a leading research unit in this area, commented:

“The indiscriminate use of freely available computer translation tools before even the law or regulators fully understand the implications of their use is an extremely high-risk strategy and can quickly lead to legal, financial and other issues and complications, or reputational damage”

Given this, it’s surprising that some organisations are approving such translation tools for use (either formally, promoting their use; or more tacitly simply by “making them available”). This is an example of technology running ahead of legislation, regulation and the law (another being the “hot topic” of political advertising on social media). At the root of this is a lack of high-quality, independent information on such technologies from which politicians, law-makers, regulators, organisational decision-makers and others can form their opinions and judgements as to whether such technologies are safe and appropriate.

Waiting for the first “death by computer translation” coroner’s verdict or admission into a country of a (subsequently successful) terrorist probably isn’t the best way to deal with this.

Quality information and understanding of the detailed consequences of using new technologies (based on independent academic research) is key to avoiding the pitfalls, and potential liabilities. Regulation and the law are both just catching up. Be sure that your organisation fully understands all of the dimensions of deploying any new technology (not just the example above) – especially any legal or liability ones – before deployment.

As the saying goes: “Experience is a hard teacher because it gives the test first, the lesson afterward”.