The future of clean urban energy 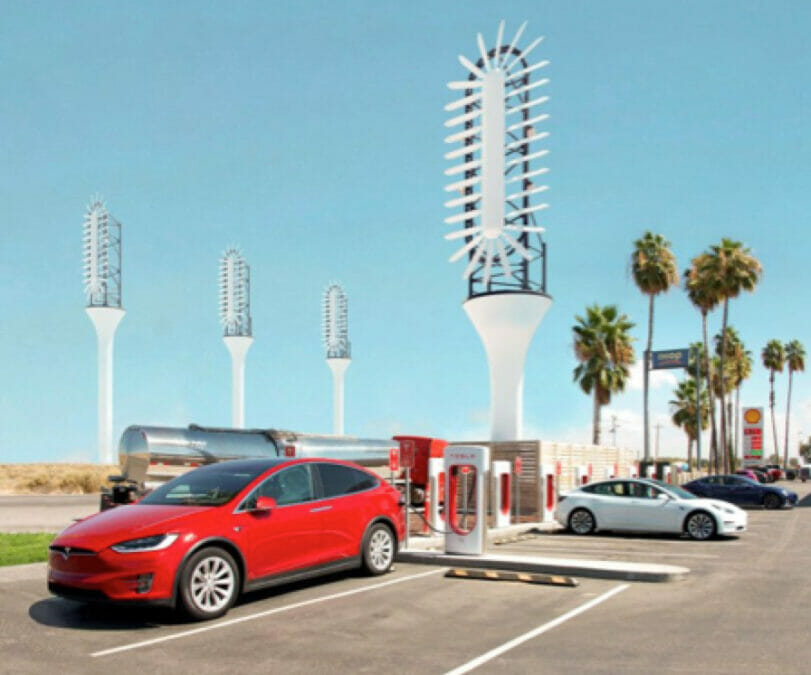 The world continues to rely on fossil fuels as our primary energy source, despite the negative implications we know them to have on our planet. As a result, each year, the pollution they produce hits new highs, releasing more climate-damaging greenhouse gases and health-endangering particulates into the atmosphere.

Unfortunately, it seems as though things will worsen before they get better as global energy demand is set to increase by 4.6% in 2021 and is showing no signs of slowing down any time soon. Fortunately, there are many innovative companies out there providing alternative energy solutions, giving us optimism that we will be able to find new methods to meet our energy-intensive demands.

Having said that, at the time of writing, renewables account for 29% of global energy production. While this is undoubtedly an encouraging number, more needs to be done if we

are to turn the tide against climate change and limit the negative consequences of burning fossil fuels.

The challenges with renewable energy in urban settings Did you know that cities account for 40% of final energy consumption and up to 70% of greenhouse gas (GHG) emissions? This should come as no surprise when you consider that over 4 billion people are estimated to live in urban areas throughout the world, with city center energy consumption being the highest out of any other geographic location.

This begs the question, why don’t we have more renewable energy sources throughout our cities, especially those in more economically developed countries (MEDC)? Let’s take a look at some of the main challenges:

First and foremost, it’s expensive to build new energy infrastructure in the city. As you already know, city center real estate is some of the most expensive in the world. Installing large wind turbines and solar farms is not the most cost-effective land use, so they are very rarely installed where they are needed most.

Touching upon the last point, cities are densely populated and usually have very little room to work. This creates a whole host of problems for consumers who want to install alternative energy systems. For many, it is practically impossible with many of the current solutions on the market.

The majority of renewable energy sources are inefficient and intermittent. To put it another way, they can’t be used as a primary energy source all year round (in the city). Consider solar power, for example. Solar panels work best when the sun is shining, and the weather is clear. This means that electricity is produced infrequently at night, on overcast days, and in the winter.

Furthermore, roughly 5% of energy is lost in transmission from the source to the final point of consumption, according to estimates. The greater the distance traveled, the more energy is lost. This is why, given the distances involved, attempting to transfer vast amounts of renewable energy from outside the city is typically futile.

Finally, one of the most prominent criticisms of renewables is their appearance and the level of noise and infrasound they generate. Traditional wind turbines create a lot of noise and cause significant vibrations; thus, they aren’t normally built within 300 meters of a residential area.

The future of clean urban energy

Fortunately for us, some of the brightest amongst us have been able to engineer various solutions to the challenges we’ve just discussed. Here are some of the fascinating inventions currently being developed that will allow us to navigate to a cleaner and more sustainable future.

Sunlight is one of our planet’s most abundant and accessible energy sources. To put the tremendous amount of energy the sun provides our world into perspective; if we could catch 100% of the sun’s solar power for just one hour, it would be enough to supply the earth’s entire energy needs for a year.

Fortunately, we are on the right track, as Oxford scientists made a significant breakthrough in December 2020 when they developed a solar cell that can convert 29.5% of solar energy into electricity. Instead of silicon, they used a tiny layer of a crystal substance called perovskite to achieve this. As the crystal can absorb different parts of the solar spectrum compared to silicon, covering a traditional solar power cell with perovskite can boost power generation and cut the total costs of clean electricity.

This new technology would make solar panels in our cities over a third more efficient and would potentially increase its potential use cases on a global scale.

While solar panels are certainly a step in the right direction, they are infamously known for being problematic during dark hours. Enter wind energy.

Companies such as Sirocco Energy Wind Turbines are developing innovative and exciting ways to harness the wind in our cities and metropolitan regions worldwide. As opposed to the traditional rotating turbines that are commonly seen in open fields, Sirocco has invented a linear generator that is more aerodynamic, more efficient, and far quieter than previously thought conceivable.

Their most defining feature is the ability of these turbines to be positioned close to people and their homes. Since these turbines can be put right at the final consumption site, virtually zero energy is lost in the transmission process. Thanks to this technology, the future now looks bright for wind energy as a viable renewable energy source for even those living in the city.

These days, waste disposal is one of the most serious issues that cities face. However, as time goes on, we are becoming more adept at finding new methods to put this trash to good use, one of which is turning it into energy. Municipal solid waste (MSW) generates energy at waste-to-energy plants rather than being buried in landfills. These facilities burn a variety of

waste items, including biomass (plant or animal products), plastics, and other petroleum-based synthetic materials, as well as non-combustible materials like glass and metals.

When converting incinerated garbage into energy, it’s crucial to understand what kind of waste is being processed. If most of the waste is organic, such as food waste and diapers, the waste to energy plants may emit more CO2 than fossil fuel plants – which negates the whole reason for the plant in the first place. However, If the incinerator is just processing fossil-fuel-derived products, such as plastic, it tends to emit half as much CO2 as a conventional coal plant.

In most cases, WTE plants are a more sustainable option for disposing of our cities’ waste than dumping it in a landfill. They may provide an excellent solution to both our waste and energy needs if we can continue to innovate and come up with ways to mitigate the carbon dioxide emissions and harmful pollution that some of these plants have been known to emit.