Trade start-ups in 2017, opportunities and challenges 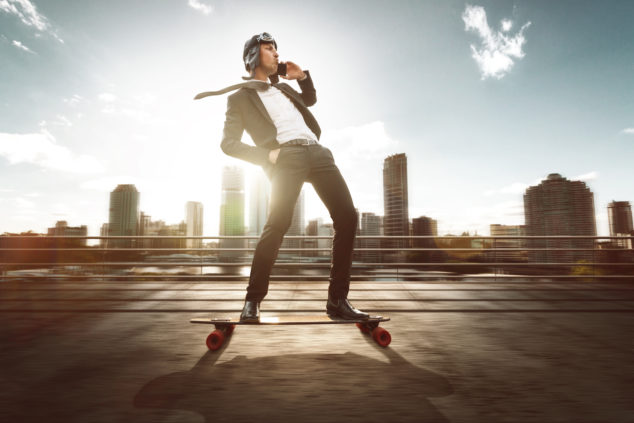 Sterling weakness has created a major opportunity for new exporters, especially to the US market, but there will be major challenges given uncertainty surrounding trade regulations while cost control will be a key factor for importers.

For UK start-up businesses looking to develop overseas trade, exchange rates will have a major impact during 2017. Following June’s EU referendum vote to leave the EU, Sterling was immediately subjected to heavy selling pressure and the currency remained under pressure into year-end.

Sterling retreated to 31-year lows against the dollar at close to 1.2000 in January before a recovery later in the month while the UK currency has also remained under pressure against other major currencies.

For companies looking to start trading overseas, the exchange rate derived by the economic calendar will have a crucial impact on the cost structure and potential sales both within and outside the UK.

For companies looking to start-up an import business, the moves in Sterling will have a substantial impact on costs.  Raw materials are priced in dollars and the cost of all basic materials will, therefore, be sharply higher.

In the short term, therefore, importers will face much stronger competition from domestic producers. Over the medium term, the cost differences will gradually narrow, especially as UK labour costs are liable to increase.

For now, it will be essential for importers to curb costs as much as possible with control of margins extremely important. It will, therefore, be essential to research the market and aim for a segment where domestic competition is relatively weak.

In terms of sourcing imported goods or raw materials, it will also be extremely important to target countries which also have a relatively weak exchange rate.

For companies already trading overseas, the impact of higher costs of inputs may have been offset at least to some extent by hedging with raw materials already purchased and with the cost locked-in at a more favourable rate compared with the current spot market.

This forward hedging will tend to give existing companies a significant cost advantage over the next few months as companies new to overseas trading will be forced to buy their inputs at spot prices. Companies are usually unable to buy forward much beyond 12 month, especially as there is an important drain on cash flow.

During the course of 2017, the cost disadvantage for new importers should start to fade.

For exporters, the immediate situation is likely to be more beneficial for new entrants. Companies in existing export contracts may have locked in their exchange rates previously and will not, therefore, gain the full benefit of Sterling depreciation.

In contrast, new entrants will be able to take advantage of very favourable exchange rates. This competitive advantage will, however, gradually be eroded during the year as existing hedges are unwound and swift action would reap dividends.

US market – once in a generation opportunity

In terms of exporting to the US, start-up companies looking purely at the exchange rate should see the current exchange rates as a once in a generation opportunity.

With a current rate fluctuating around 1.2500 and close to 31-year lows, the exchange rate is extremely favourable in historic terms and represents an extremely important opportunity to enter the US market.

Companies, however, should see the current exchange rate as a windfall opportunity and should not assume that these rates will continue. Many analysts expect Sterling to remain weak as Brexit uncertainty continues but, historically, there has also been a strong element of mean reversion and the rate is unlikely to be sustained in the longer term.

Uncertainty surrounding the Brexit process will continue to dominate the economy in the short term. At this stage, the UK government is looking to trigger Article 50 which will start the exit process before the end of March and negotiations then need to be concluded within two years.

There will be a high degree of uncertainty surrounding future trade deals both in relation to other EU countries and all major global economies.

In this environment, companies looking to start-up international trade opportunities will need to be careful to avoid very long-term contracts. There is an important risk that companies would not be able to deliver on promises over the long term which would risk punitive sanctions and penalties.

The election of Trump as US President will also lead to major uncertainty surrounding US trade policies and also requires caution from UK companies looking to start exporting to the US, but competitive still makes the US extremely attractive.