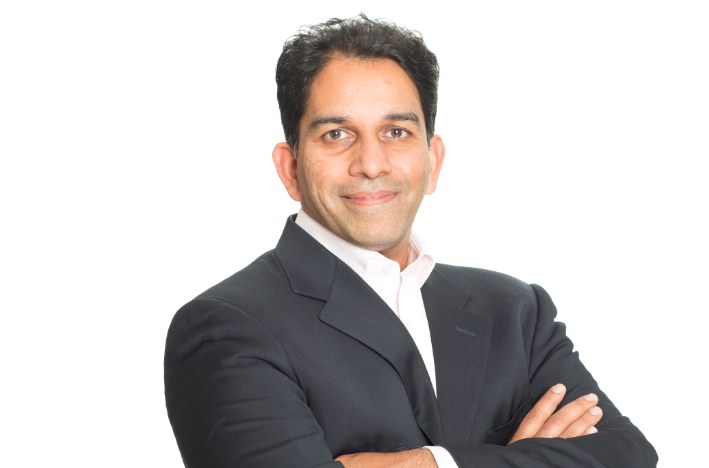 Mittu Sridhara has always been curious of how things work. His engineer father would drive him up into the hills of his homeland in India and quiz him on the boiling temperature in the radiator.

‘It’s a trick question because it’s pressurised,’ he smiles. Sridhara is not your traditional CIO; he does not have a direct interest in technology. But if you want to know how things work, you’ve got to understand technology.

So, naturally, he followed his father’s steps with a degree in engineering, followed by a postgraduate degree in industrial engineering in the US.

‘I wanted to know how things worked not just in terms of the inner engineering, but in terms of systems,’ he says. ‘Industrial engineering is all about how industries operate – like how to solve huge mathematical problems about yield and pricing.’

>See also: Leadership in the age of digital transformation

This focus got him recruited into American Airlines’ operations research group, which solved ‘multi-million pound problems’ relating to the airline’s flight scheduling.

He only just got the job, however. American Airlines employed just the ‘blue-eyed boys’ for this group – and he only had two masters’ degrees, not a PhD.

But the airline would not regret its lenience. Sridhara was flagged as someone who understood people and process, and nine months into his employment he was put in charge of a project to build a workflow and CRM system for America’s travel agency marketplace.

Delivering a large ERP programme in nine months – and at the age of 25 – may sound achievement in itself, but that was just the beginning.

Those old enough in the industry will remember what happened next: Sabre was IPO’d for more than the entire value of American Airlines.

So, since leaving Sabre, Sridhara has understandably been in high demand.

He took up a one-year CIO post at a new broadband services company called Versapoint in the Netherlands, followed by a four-year stint as group CIO of Avis Budget Group, which operates the Avis and Budget car hire brands.

Sridhara was tempted back to Sabre in 2004 as VP of product management and technology, before returning to end-user IT as group CIO at betting firm Ladbrokes. He joined Tui Travel in June 2012.

Straight away, Sridhara had a big issue to fix. Tui Travel is a very large and distributed company. With £15 billion revenue from 240 brands – including Laterooms.com and Thomson – and 53,000 employees in 180 countries, internal alignment is a major challenge. There are several operating units and each effectively deliver their own technologies.

>See also: Why the perception of digital transformation needs to change

When Thomson merged with First Choice in 2007 to form Tui, the failure to integrate their booking systems resulted in an accounting error that caused Tui to restate its 2009 financial results by £117 million.

Sridhara was quick to prevent such a problem from happening again, moving Tui’s multiple online and back-end processes to one core platform, and strengthening governance by establishing group IT compliance, finance, and legal and regulatory functions.

By regaining sufficient control of its internal environment, while streamlining systems and costs, Sridhara put Tui in a position to lead with innovation.

‘It was very clear that we were sometimes solving the same customer issue in ten different ways,’ he says, ‘Given the size of the company we are, there is a great opportunity to start to harness our scale – so build once, deploy many.’

He leads a largely in-house IT operation with 1,500 technology employees and 36 data centres across the world, but is now looking to move a lot of that infrastructure onto the cloud.

Until then, Sridhara is determined to lead a digital transformation.

Web and social has already been a winner, with 36% of Tui’s global business now directly online – and more like 70% in the Nordics and 50% in the UK. But Sridhara now wants to position the brands as mobile-first.

‘Customer interactions are changing,’ he says. ‘It used to be that you would walk down the high street and decide what holiday you want, interact with a person in a store, and then go on holiday. Increasingly, this is all taking place on smartphones and tablets.

‘We have 30 million customers today, who come back because of the differentiated experience they get, but it’s largely in the physical world. So our challenge is to discover how to marriage the digital world with the physical world.’

The Tui Digital Assistant (TDA) is a great start. Launching originally in the UK in the form of the MyThomson mobile app, TDA allows customers to access information about and plan their holidays from the moment they book until their departure and even whilst on holiday.

MyThomson had over 180,000 downloads in its first few months following release, and TDA has since been rolled out for a further eight brands in seven geographies.

‘One of the main advantages of this technology is that we have one development cost that benefits all our markets,’ Sridhara says. ‘It rolled out in the first situation in six weeks.

‘It’s had over 750,000 downloads around the world and we have in the region of 125,000 active users, who are customers that we had before but weren’t engaging with in the same way.’

>See also: Digital transformation: are you living and breathing next practice or best practice?

However, Sridhara recognises that digital transformation is not just about customer-facing initiatives, but internal business processes too.

As such, Tui is currently piloting the use of iPads to digitise its information and subsequently remove the need for paper and manual processes across its various global functions.

‘We’ve got to get every single employee within Tui to truly work in this digital world in the same way that they live in it,’ Sridhara says. ‘Digital is not just a website or mobile app; it’s about how we live our lives.

‘So we’re looking into how we ensure that we’re starting to work smarter, simplifying and digitising our business processes, and as a result getting improved scale.’