Two years after Snowden, the game is up for mass spying, says human rights group 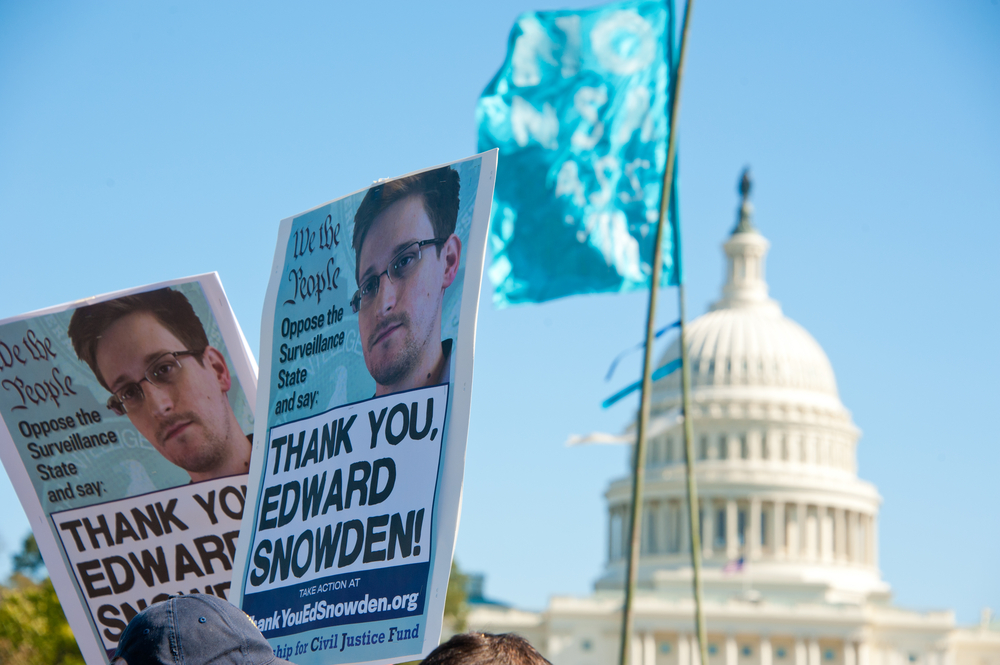 Two years after Edward Snowden blew the lid on US and UK intelligence agencies' international spying network, governments must accept they have lost the debate over whether their mass digital surveillance is a violation of human rights, a damning new report from Amnesty International has said today.

Despite being condemned worldwide by courts, parliaments and privacy rights groups, governments are still expanding their surveillance programmes, warns the human rights organisation.

'Thanks to Edward Snowden, millions of ordinary people are now aware that not even their most intimate secrets are safe from government snooping. National and international expert bodies could not have spoken more clearly: the indiscriminate mass surveillance of communications is a violation of human rights. The game is up and the time has come for governments to reform their indiscriminate mass surveillance programmes,' said Carly Nyst, Legal Director at Privacy International.

'It is disappointing that governments have not accepted that mass surveillance violates human rights. While the passage of the USA Freedom Act shows that it is possible to roll back surveillance, the prospect of more intrusive spying powers in France and the UK shows that governments' appetite for ever more information on our private lives is unsated,' said Sherif Elsayed-Ali, deputy director of Global Issues at Amnesty International.

The briefing, 'Two years after Snowden: Protecting human rights in an age of mass surveillance' comes on the heels of the adoption of the USA Freedom Act by the US Congress this week-a solitary and limited example of legislative rollback of surveillance powers since Snowden's revelations began.

Two years ago Sergei Nikitin, head of Amnesty International’s Moscow office, met with Edward Snowden after fleeing to Russia, promising to continue to pressure governments on his behalf for the right to claim asylum.

‘What he has disclosed is patently in the public interest and as a whistleblower his actions were justified,’ Nikitin said in 2013. ‘He has exposed unlawful sweeping surveillance programs that unquestionably interfere with an individual's right to privacy.’

Nikitin went on to say that states that attempt to stop a person from revealing such unlawful behavior are flouting international law, as freedom of expression is a fundamental right.

But the grave accusions of Amnesty International and numerous activist groups have gone unheeded – during the past two years, governments have defied public opinion by continuing to expand their programmes.

In the US this week, Congress went some way reforming its surveillance laws, passing a bill to end the bulk collection of millions of citizens' phone records. But in the UK, the Conservative government has moved to increase its powers of surveillance with the revival of the 'snooper's charter', which failed during the coalition years.

Denmark, Finland, France, the Netherlands, Pakistan and Switzerland are discussing or set to present new intelligence bills that will increase their ability to spy on communications in these countries and beyond. And also this week, French Senate voted on a new bill that would grant the authorities vastly increased surveillance powers.

Amnesty International have also warned that technological advances will make surveillance technology cheaper, more powerful and more widespread. Much of the capability currently available only to US and UK intelligence agencies will likely be available to many more countries in future.

As part of their two year anniversary briefing, Amnesty International and Privacy International have moved to seven-point plan calling on governments to introduce checks and balances on the use of surveillance, including proper judicial control and parliamentary oversight.

> See also: Does depleting privacy equate to the end of liberty? Why?

The rights groups want communications surveillance to be reeled in within the bounds of international human rights law, which means, for example, that it only happens when it is targerted, based on sufficient evidence of wrongdoing, independently authorised, and properly governed by publicly-available policy.

The rights groups have also called on powerful internet and telecoms companies to do more to protect the internet and phone communications of billions of people from invasive surveillance and criminal attacks.

Companies should invest in new and better encryption and other privacy technologies for securing and anonymising data, it said, and inform users when the law may oblige them to handtheir data over to governments.

'Tech companies must do much more to protect their users’ privacy and freedom of expression online. While some big firms like Apple and Google have started adopting stronger encryption standards, others are lagging behind. Tech companies need to introduce end-to-end encryption in their services by default, whenever possible,' said Sherif Elsayed-Ali.