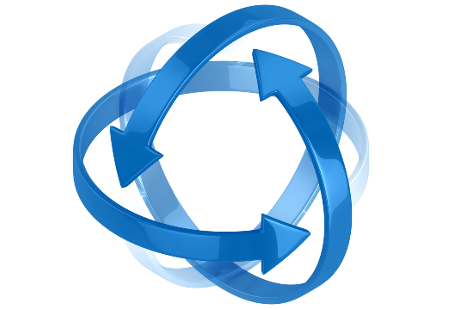 The UK government has created a new framework that will allow departments to procure Agile software developers and development services.

Developed by the Government Digital Service and the Government Procurement Service, the framework will cover services ranging from software engineering and systems administration to content development and user research.

Suppliers that wish to offer their services through the framework, known as the Digital Services Framework, must comply with the government's "Digital by Default" service standard.

"This means putting the user at the centre; iterate against user feedback; emphasis on producing working software and releasing it often by building and testing in small 2-3 week sprints; working quickly to deliver improvements to a service; and [that] all members of the team located in the same place."

The contract notice also says that "where there is no significant overall cost difference between open and non-open source products that fulfil minimum and essential capabilities, open source will be selected on the basis of its inherent flexibility".

"We need this [framework] because none of the existing frameworks specifically give us access to the deep pool of Agile suppliers that we need to help us do what we need to digitally.

It will also help GDS maintain quality by pre-vetting suppliers that meet its service design criteria.

"Before joining the framework, we’ll ask suppliers to ensure that they recognise and meet the expectations set in the [Government Service Design Manual], and ask them for evidence.

Cabinet Office minister Francis Maude said in a statement that "the Digital Services Framework is an example of government procurement that is faster, simpler and easier to do business with."

The Digital Services framework agreement will be refreshed every six to 12 months "to ensure access to the latest innovations and a widening range of suppliers", the Cabinet Office said in a press release.

It also said that the new framework "contrasts with and complements the G-Cloud frameworks, as it will provide bespoke digital solution development rather than commoditise IT services". This does not appear to be the case, however, as a number of development agencies list their services under the "Agile" heading on the CloudStore.

In fact, as of April this year, the two suppliers who have made the most money through the G-Cloud framework were Agile training provider emergn and enterprise Agile consultancy BJSS.

In December 2012, following a review into the effectiveness of procurement frameworks, the Cabinet Office said that frameworks would only be "will only be agreed where they are shown to deliver against the Commercial ICT Strategy and can attract businesses of all sizes".

"This means there will be far fewer large ICT frameworks," it said at the time. "Only those that explicitly deliver against key strategic needs, and are shaped to offer a reasonable chance of business for suppliers of all sizes, will be agreed."

Last week, the Office of Fair Trading announced that it is investigating the dominance of large IT suppliers in the public sector IT market, including claims that framework agreements cost too much for SMEs to participate in.

Meanwhile, the government's Digital by Default strategy, which obliges government departments to build public services digitally first, was criticised today by the House of Commons' Science and Technology Committee on the grounds of cost and security.

"It is not evident to the Committee that the government has a handle on measuring" the savings from moving public services online, the Committee said in a letter to Maude.

"We are concerned that inadequacies in government software may lead to security vulnerabilities," it added.