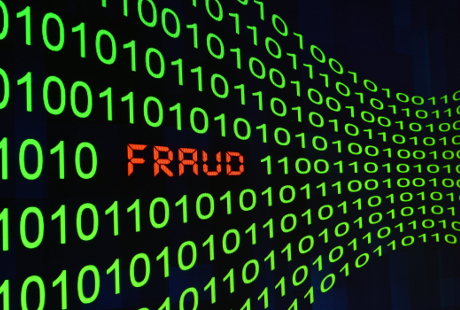 With the UK public sector losing £20.6 billion a year to fraud – equivalent to more than a third of total spending by the Department for Education – global BI software company SAS has called on the sector to enforce its zero tolerance approach to the problem by harnessing the power of big data.

Big data analytics have been highly effective in preventing losses through fraud, including detection of organised crime. SAS has worked with the Belgium government in combatting the theft of value added tax (VAT) by networks of conspirators – something commonly known as carousel fraud.

An advanced analytics technique called hybrid detection is used which comprises multiple analytical techniques to expose even the hardest-to-find fraudsters. With this approach, the Belgian government saves nearly 1 billion euros each year – a reduction in fraud losses of nearly 98%.

SAS has already worked with HM Revenue & Customs to reduce fraud losses by £7 billion, as well as the Department for Work and Pensions where savings of £100 million have been made.

In a new report entitled 'Eliminating Public Sector Fraud and Error: The secrets of a zero tolerance approach', the company offers the following key insights and recommendations:

·         The need for a cultural change in the public sector: from cautious, siloed, and largely manual systems to innovative, collaborative and automated approaches.

·         The need for the government to invest in technology that can automatically detect and deter the lower-level threats and ‘would-be’ fraudsters with letters, emails or SMS messages.

'The current cost of fraud to the public sector is equivalent to more than a third of the UK’s education budget,' said Amanda Gardiner, public sector fraud specialist at SAS UK. 'SAS is committed to helping the UK public sector tackle this considerable cost to taxpayers, by using big data analytics to give it the power to know all it needs to about fraud, so as to enforce a zero tolerance approach.

'These threats can appear in many forms, from opportunistic citizens, organised gangs or internal perpetrators. These fraudsters can be swiftly identified when the public sector treats its information as an asset, collecting it, valuing it, and analysing it in smarter, more efficient and effective ways to tackle this problem.'

'There is no point in hoping that fraud problems will go away with digitisation,' said Michael Levi, Professor of Criminology at Cardiff University, one of the best known and most influential academics in the field of financial fraud and financial crime.

'This report correctly highlights the need for better data analytics and integration, and its case studies point some ways forward to managing these problems down.  Whether we like it or not, such fraud management is a permanent feature of the landscape, in the public sector as well as the private sector.

'But enhancing the accuracy of risk assessments and optimising interventions by administrative control as well as by strategic use of criminal law, are a necessary prelude to maintaining both the affordability and legitimacy of government.'

The report findings were underlined by additional SAS research which showed that awareness of skills and training in counter-fraud approaches is seriously lacking in the public sector, with almost 46% of civil servants saying they were unsure whether their department had carried out any research into its losses through fraud over the last 12 months of 2012.

Only around one in four (26%) said they had received training in tackling fraud and error over that period.