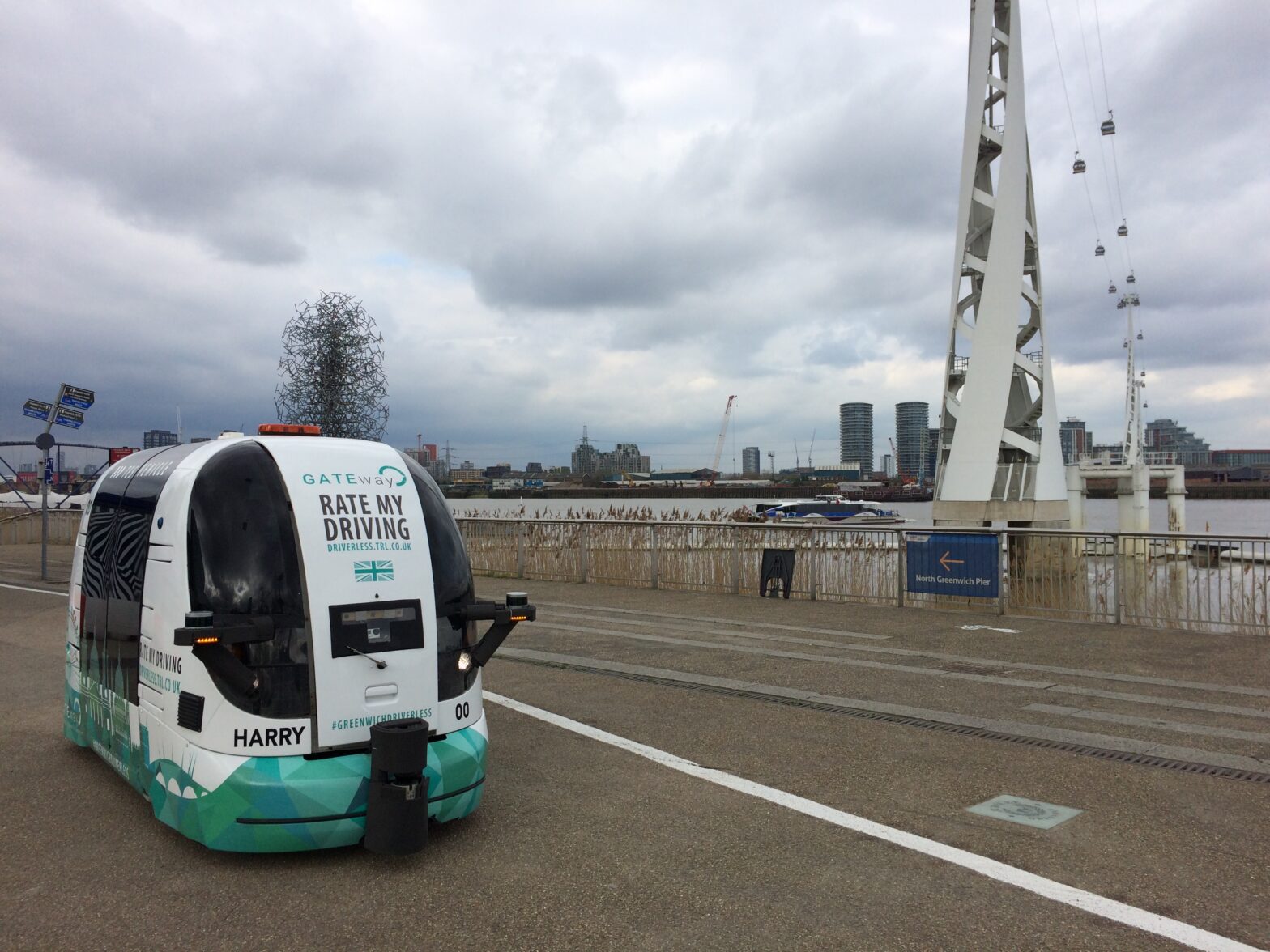 Autonomous driverless vehicles are slowly being introduced onto roadways across the world. Uber and Google, among others, in the US and the self driving nuTonomy taxi service in Singapore are just some examples.

This autonomous innovation has made it’s way to London, where members of the British public will receive their first extended trial of a driverless shuttle bus.

The vehicle, developed by Oxbotica, will transport 100 people across a pre-designated route in Greenwich over the next three weeks. The 100 were whittled down from 5,000 people who applied to take part in this study.

The shuttle can hold four people and doesn’t have a steering wheel or brake pedal.

It can travel up to 10mph (16.1 kmph) and will be controlled by a computer. However, as is the case with the autonomous taxi trials, there will be a trained person on board who can monitor the bus’s performance and stop the shuttle if required.

It can see up to 100m (328ft) ahead and by using the cameras and lasers it can detect anything in its path and stop accordingly.

“Very few people have experienced an autonomous vehicle, so this is about letting people see one in person,” chief executive Graeme Smith told the BBC.

“We hope to gain acceptance from members of the public for vehicles sharing this kind of space with them.”

“We are also looking at how people in the vehicle respond when being transported from A to B.”

It is also probable that schemes like these are an attempt to break the stigma surrounding driverless vehicles felt by most people. The majority are wary of the technology and whether that is a result of misinformation or not enough information remains to be seen.

“It’s been designed to be safe and fail-safe specifically in a pedestrianised environment,” Dr Smith said.

Pilots like these could help improve transport links and reduce congestion, suggest officials behind the Gateway Project. This service could be ready by 2019 on a trial basis and that it could eventually be rolled out elsewhere.

Industry Minister Nick Hurd said: “The UK has a history of innovation in the auto sector and this type of technology has the potential to save lives as well as offer freedom to the elderly or those with mobility impairments.”