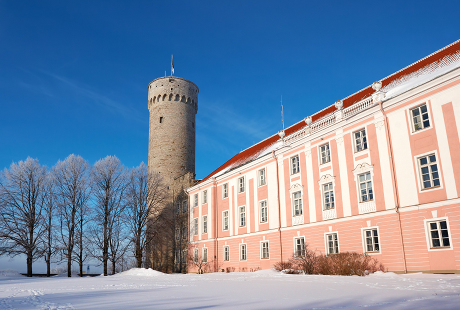 The governments of the UK and Estonia have signed a Memorandum of Understanding, agreeing that they will collaborate on digital government initiatives in future.

Estonia is recognised as a world leader in e-government. Nine out of ten tax returns in the country are filled out online, as were a quarter of votes in its 2011 elections.

Under the new agreement, the two countries will promote contact and exchange between public officials, will share knowledge "in design, architecture and security of public information systems" and will collaborate to develop their respective capabilities.

"As the first fruits of this new agreement, we are also announcing today the launch of three initiatives to consider open standards, identity verification and open data," said Maxwell. "These will be initially set up bilaterally between the UK and Estonia, but we welcome participation from other countries in future.”

Priisalu said that Estonia stands to gain from the UK's experience of deploying online public services in a large economy.

There is one significant difference in they way in which the current UK and Estonian governments approach e-government.

Speaking at the London Conference on Cyberspace in 2011, Estonian president Toomas Ilves said that pivotal to the country's success in e-government has been its universal ID card scheme, which is carried by 90% of the population.

"If you want safe and secure e-government, you can’t do it without an ID card,” Ilves said at the conference.

One of the first acts of the current UK government was to scrap plans for a universal ID card. Instead, it is developing a federated ID system, allowing citizens to reuse commercial identity authentication methods to access public services.