Skip to content
Home » Topics » Hardware & Peripherals » The uncertain future of the tablet: a dying breed of device?

The uncertain future of the tablet: a dying breed of device? 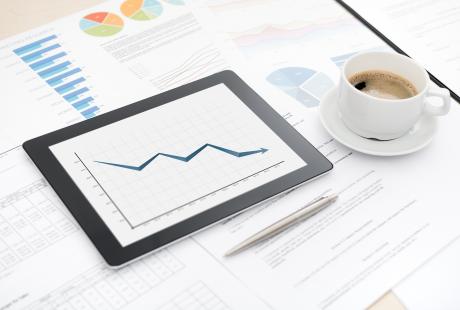 For those who visited Mobile World Congress, the world’s largest mobile conference earlier this year, you had a better chance of spotting the odd person wearing Google Glasses than any new tablet devices.

According to the recent industry analysis conducted by IDC, the tablet market was down by as much as 10.1%, last year, with an estimated 206.8 million tablets shipped.

Remember how folks were excited about the Nexus 7? This year, it seems big electronic companies aren’t even trying to release new tablet devices. Excluding Lenovo’s attempt at getting into the lower end tablet spectrum and Huawei’s launch of the Matebook (which technically isn’t a tablet), tablet devices weren’t even mentioned by the likes of Samsung, Sony, HTC or LG. With these big brands not having any immediate plans in this space, does this mean that consumers don’t care about tablets anymore?

Adoption, and with the introduction of larger devices, now known as the phablet, it seems that many users are more than happy binging on Netflix via their plus-sized mobiles. The first Samsung Galaxy had a 5.3 inch display, meaning that what was considered at the time to be a phablet is now an average sized mobile device.

So big phones have become a norm and are often seen as a deterrent for anyone considering the purchase of a tablet – it’s just easier to deal with one device instead of two.

With an estimated 50% of Android tablets shipped last year featuring a 7inch display, the threat of larger screen smartphones is a clear factor in the decline of tablet sales.

If we take a closer look at the market, it becomes clear that tablets are now a commodity. With perfectly adequate tablets now available for less than £100, little to no differentiation between devices and a saturated market, it’s becoming increasingly harder for companies to make a profit on them.

With the introduction of the iPad, nobody was sure how often users would want to upgrade their tablets – would the pattern be closer to a smartphone or an elongated cycle, more reminiscent of laptop usage cycles?

Now we seem to have a better understanding of this industry, as identified by Apple’s own Tim Cook, the usage cycle of iPads is ‘longer than an iPhone, probably between an iPhone and a PC.’

Chances are, you have a tablet at home and you mainly use it for browsing the internet, watching Netflix or some light reading during family time. Tablets have become a shared family device, with relatively light usage and software upgrades keeping the devices current, the need to replace them is declining.

Laptops are a tougher rival than predicted

With the rapid success of the iPad and subsequent Android tablets flooding the market, many pointed to the upcoming demise of laptops. However, the industry didn’t anticipate the rise in smartphone screen size, which in turn has resulted in tablets looking more like a luxury device and making laptops hard to resist.

Google’s recent introduction of its Chromebook range and new lower price point for entry level notebook devices have hurt tablet sales across established Western markets, with consumers opting to replace their laptops rather than investing in a luxury tablet which does pretty much everything their shiny smartphone can.

So where’s the innovation or the way forward?

When looking at all the tablet devices available on the market, it’s hard not to notice the iterative approach in their improvements on previous models. New tablets genuinely lack exciting and innovative features, which in turn are a significant upgrade factor, especially visible in the early adopter groups.

On the other hand, what’s left to introduce? Larger screen resolutions; haptic feedback; personalised tablets aimed at specific demographics such as children or gamers?

There is no clear upgrade direction within this market, which can easily change with the introduction of interconnected homes or perhaps a shift from the current consumer focus to target schools and businesses with tablet devices.

It is becoming clear that tablets are facing a tough time, however they can still make a comeback if companies analyse the usage patterns closely and address the current market’s needs.

Tablets need to clearly differentiate from both smartphones and laptops, providing users with a distinctive, personalised experience. That said, if nothing changes, tablets will be further cannibalised by the increasing rate of smartphone adoption and forever sit on the shelf next to other luxury goods.