United Airlines in meltdown as IT glitch leaves ALL flights grounded 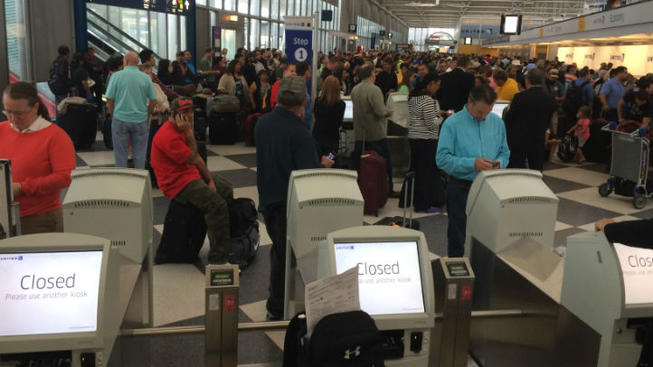 United Airlines faced a major crisis today after all of its worldwide flights were grounded for 90 minutes due to a system-wide computer failure.

The issue caused 60 flights to be canceled and a further 800 to be delayed, affecting hundreds of thousands of fliers.

The airline uses a HP solution called SHARES for its computer reservations system (CRS) and to check passengers onto its planes. A network outage put all of these vital applications out of action.

HP has denied that its solution was to blame for the outage. United Airlines vaguely alluded to a 'router issue', but the exact cause remains unknown.

“While HP does not manage the system that caused the network connectivity issue, we are working closely with United as they recover and work to restore regular flight operations," the company told Information Age.

Airline staff initially attempted to manually check-in passengers and bags, but this proved too challenging as delays mounted. Flights could not be monitored due to the outage.

There were also reports of people being loaded onto the wrong aircraft, before having to deplane and return to the terminal.

As a result, United Airlines took the decision to temporarily ground all of its planes around the world.

The company attributed the problem to a 'network connectivity issue'.

We experienced a network connectivity issue. We are working to resolve and apologize for any inconvenience.

The problems extended from the airport to the airline’s website and mobile app check-ins as well.

And because all of the airline’s computers were down, it could not book passengers onto flights with other airlines.

The decision was made following United’s high-profile merge with Continental Airlines in October 2010.

The merged organisation wanted to consolidate the two airlines' internal reservations systems, and Continental’s existing setup with SHARES was favoured.

"This is just the latest glitch to affect airline industry in recent months," commented Scott Abney, CEO at SQS. "United Airlines suffered an earlier glitch in June of this year, lasting over 30 minutes.

"Increasing demand on airline fleet, combined with ever more complex airline information systems, with customised and off-the-shelf components, have created a need to move beyond the legacy systems the industry is currently relying on, to more efficiently run systems, ensuring seamless integration of multiple platforms."