The unrealised impact of IoT 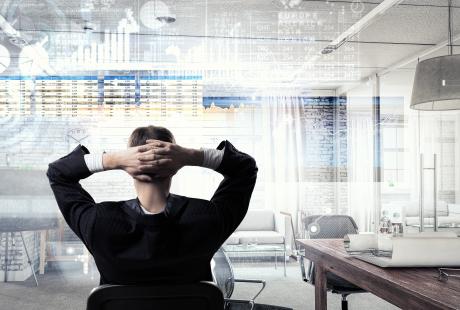 The Internet of Things (IoT), and the drive to digitise the physical world, has received enormous attention, which some might categorise as hype.

It has been the subject of much discussion for businesses, but the impact of the technology can be minimal if not implemented correctly.

Capturing the maximum benefit of IoT requires a deep understanding of where real value can be created.

McKinsey, following an extensive investigation into the use cases for IoT-enabled devices, found that the hype surrounding the technology may actually understate its full potential.

Most companies are not making full use of the IoT data they accumulate, despite its potential to transform businesses.

For a technology whose very premise is that it combines the physical and digital worlds, the changes it can make on the physical spaces in which we work have yet to be fully realised.

Certainly, the Internet of Things is changing how goods are made and distributed, how products are serviced and refined, and how networks are managed and protected.

Yet when it comes to the integration of physical and digital, the focus remains almost entirely on objects, from fridges to cars.

The ability to monitor and manage objects in the physical world electronically makes it possible to bring data-driven decision making to all manner of human activities.

But the possibility of using these data insights to drive tangible design changes in the physical spaces which we inhabit is a simple application which has the potential to make a very sizeable impact.

Take, for instance, the space in which most of us spend a significant proportion of our time: the office.

By simply connecting the office space up to various IoT technologies such as sensor devices, companies are able to fully analyse how their space is being utilised.

Offices not only become efficient and digital-friendly environments for work, but their layouts and design are directly aligned to employees working habits by the power of IoT.

For example, by connecting the office up with IoT-enabled occupancy sensor technology, a company can measure the utilisation of all meeting rooms and desks – even down to the level of individual desks in an office space.

Global technology company Ricoh installed sensors in each of their meeting rooms and under each desk to monitor how space was used on a minute-by-minute basis.

Findings from the meeting room data showed that on average the rooms were only utilised 39% of the time, and that their largest room was regularly occupied by only three people or less.

Quite often only one person was using the room for the entire day, presumably as an office.

These findings helped Ricoh to transform the layout of their office, as the data illustrated a need for small private areas, less formal meeting rooms, and more breakout spaces for informal collaboration.

Furthermore, the desk data from the IoT sensors revealed a low average desk utilisation of below 30%, and a whole 15% of desks were never used at all.

Using the evidence presented from the data, Ricoh made the decision to relocate to a smaller site, more catered and suitable for their employees.

Overall, Ricoh was able to make annual space savings of up to 50%, through identifying the trends in workplace activity and ensuring that their office design is aligned to employee habits.

Current uses of IoT in the workplace can be quite limited.

Its use often focuses around security and energy, but whilst efficiencies can be made in these areas, there is yet greater potential for IoT.

By aligning the workplace setup to employees’ working habits, it helps to boost engagement, collaboration and wellbeing in the workplace too.

With trends shifting towards flexible and agile working, IoT can play a very important role in making this easier to achieve.

The connected workplace, which delivers real-time information about which desks and meeting rooms are being used, offers new assistance to employees trying to find an available place to work.

There is still a long way to go before IoT fulfils its full potential in making an impact on the physical world.

However, IoT is on a positive path to becoming an important component to businesses.

Sense technology’s impact on business bottom lines, as well as workplace culture, is a testament to that.

With its ability to turn static buildings into dynamic workplaces, IoT continues to push boundaries in changing the way we interact with our office spaces.

Sourced by Paul Statham, founder and CEO of Condeco Software