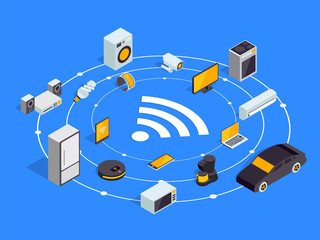 “IoT is central to business success in an increasingly digitised world,” said Stefano Gastaut, CEO IoT, Vodafone Business, reflecting on Vodafone’s latest IoT study, according to which found that 72% of IoT adopters think digital transformation is impossible without it.

According to Vodafone’s report, Vodafone’s IoT Barometer 2019, which surveyed 1,758 businesses worldwide, 34% of businesses are now using IoT — 70% of whom have moved passed the pilot stages and 95% are already seeing a return on investment.

With the development of embedded networked systems, Bo Wei – senior lecturer in Computer Science at Teesside University – discusses how the technology behind the Internet of Things (IoT) has become mature and readily available in people’s daily lives

IoT use case is broad, ranging from medical exoskeletons to connected tyres, Vodafone found that IoT has impacted organisations both big and small. The majority (60%) of businesses already using IoT believe it has either completely disrupted their industry or at least will do in the next five years.

Confidence in IoT is getting stronger too, 83% aim to scale their IoT deployments in order to take full advantage of the benefits.

“In this climate, companies need to be considering not if but how they will implement IoT, and they must also be fully committed to the technology to realise the strongest benefit,” added Gastaut.

IoT adoption is happening in a constant state of flux as new technologies arrive on the scene. For example, over half (52%) of adopters plan to use 5G, which promises to support higher volumes of data, increase reliability and offer near-zero latency. Combined with mobile edge computing, which will process application traffic closer to the network edge, users can expect better performance, less risk and faster data speeds.

Commenting on the results, Nick Ford, technology evangelist at Mendix, said: “One issue (in scaling) is that organisations face pressure to bring time-to-value, so IoT devices are installed and set up tactically rather than strategically. Yet taking a step back and thinking about the wider issue is crucial to enabling smarter and broader IoT adoption. It is about bridging skills, resources and tools that can help the business capitalise on new opportunities. Challenges around technology integration, lack of resources and strategy alignment mean that businesses need the right tools that can allow rapid experimentation.

“Low-code development platforms can help businesses get ahead of these challenges, using visual modelling to drive faster and smarter IoT adoption. By approaching application development in this way, businesses can ensure frequent iteration and close collaboration with IT to rapidly test and build new solutions. This ultimately drives productivity, shortens time-to-market and empowers more businesses to turn ideas into connected and contextually aware apps.”