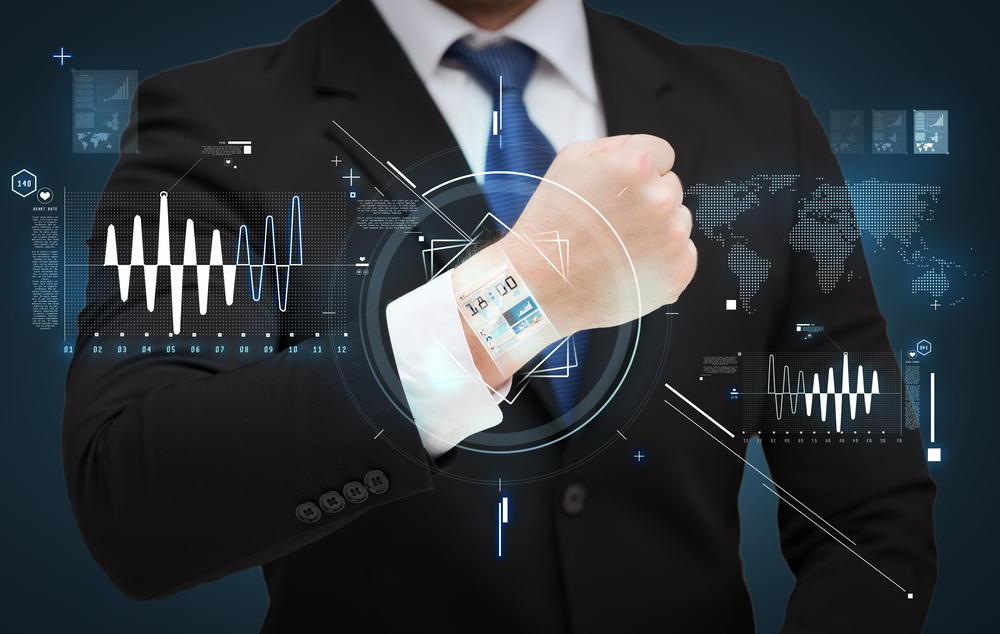 Many giant electronics manufacturers, computer services companies and conglomerates have tens of billions of dollars in the bank that is instantly available for investment to counter their saturating sales in mature markets.

Samsung, General Electric and Google are examples and Apple even has $133 billion available. They all seek the next big thing, preferably one or more emerging, potentially-huge markets that can leverage the skills they have honed in such things as mobile phones and their services.

Wearable technology has attracted their close attention as many of them have or are developing such technology and associated services and Google Trends has a graph headed heavenwards in the last few months to show that they are certainly not alone.

In March 2014, Facebook announced it will buy Oculus VR, a Californian company which specialises in virtual reality headsets, for around $2 billion. Now Apple is negotiating to buy the company Beats Electronics for $3.2 billion, its biggest ever expenditure on a takeover.

Beats is not huge: it has 27% of the $1.8 billion US headphones business mainly because of its premium pricing. Indeed, it has 57% of the premium sector of that market and it also has a music streaming service, both of which can leverage existing Apple offerings in wearable electronics.

Facebook and Apple do not talk of paybacks, calling the investments strategic, probably meaning that they are proceeding regardless. Many of these huge "gut feel" investments also tick a box under newly hot topics overlapping wearable technology namely 'Internet of People (IoP)' or 'Internet of Things (IoT)'.

These devices are directly internet-identified now that IPv6 allows an effectively infinite number of IP addresses to be issued. IDTechEx predicts that as many as 55 billion IoP devices in use in 2025, many employing printed, flexible electronics and completely new components.

Recently, Google has paid a strategic $3.2 billion for the small IoT/IoP company Nest Labs that has made a few million connected smart thermostats and smoke and carbon dioxide detectors. Nest hopes to earn more from selling measurement analytics than from the devices themselves.

> See also: Wearable technology: a cyber risk on your wrist

These devices detect and respond to personal needs just like much wearable technology where Google must have already committed at least $1 billion to the internal development of the exciting Google Glass, an experimental diagnostic contact lens for diabetics and a planned smart watch, all actually or potentially connected wearable technology – IoP.

One use of Google Glass is in industry. In February 2014, GE announced it would invest $1.5 billion into 'industrial internet' research from 2012 to 2015. Now watch giant Cisco with over $46 billion in the bank and intense interest in IoP and IoT and early participation in these markets as a system integrator. Microsoft, IBM and Oracle are circling. The investment frenzy continues.

Alone among the analysts, IDTechEx has anticipated all of these developments and so it has reports newly available this year on, 'Wearable Technology 2014-2024: Technologies, Markets, Forecasts', 'E-Textiles: Electronic Textiles 2014-2024', 'Internet of Things (IoT): Business Opportunities 2015-2025' and 'Internet of People: Technology 2015-2025.'

FactSet has named the top 10 cash-rich companies, and half of them are in the tech industry: Microsoft, Google, Cisco, Apple and Oracle. Combined, these five tech companies held $245 billion in cash and all are intensely interested in wearable technology, IoT and IoP. Sprinkling a few billion here and there to participate does not 'bet the shop' for any of these companies. It is a good time to be a small business launching inspired wearable and other electronics for humans.

You may get bought for an eye watering sum of money. Alternatively, IDTechEx counsels that you do not meet the giants head on but take a look at the smaller but still substantial sector of wearable electronics for animals with an initially addressable market of 20 billion animals managed by humans. Later, that business will add substantial wearable electronic ID, diagnostics, location and treatment for billions of endangered species as we destroy the world around us.