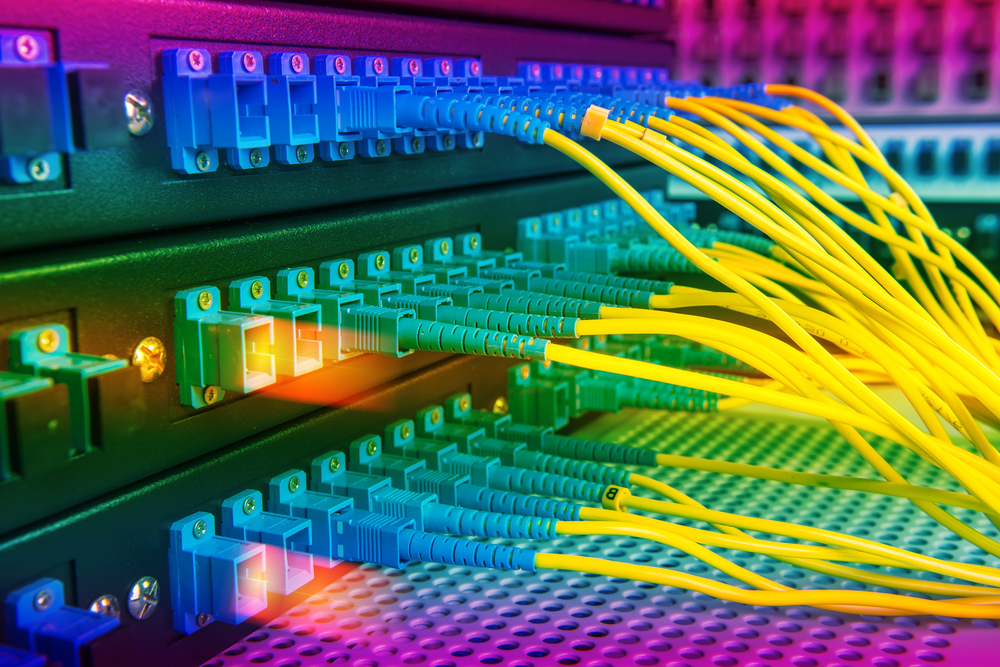 For two decades Ethernet has been moved forward by its guardian the IEEE (Institute of Electrical and Electronics Engineers) based on the business model 'ten times the speed for three times the cost'. That model has now been firmly broken – in a move led by commercial interests.

Major players like Microsoft, Broadcom, Google, Cisco, Dell and others have broken rank and have developed and promoted new proprietary ‘standards’ outside of the normal multiplier approach. They are supporting new speeds of 2.5Gb/s, 5Gb/s, 25Gb/s and 50Gb/s- seemingly flying in the face of the IEEEs 1 to 10 to 100Gb/s progression (acknowledging 40Gb/s as a technology-limited step to 100Gbps)

So we have to ask: is the once IEEE-driven Ethernet market now fragmenting?

The model is broken

For two decades now 'ten times the speed for three times the cost” has been the acid test governing whether a new standard would be progressed within the IEEE.

According to the old model, 100Gb/s would be the next step. With little expectation of copper being able to support 100Gb/s the thought was that this next ‘logical’ step would be a fibre-only standard supported over a pair of single-mode fibres or a multi-lane arrangement with multiple pairs of multi-mode fibres.

But then, almost from left-field, commercial interests pushed the IEEE to consider a 40Gb/s solution in tandem with the ‘logical’ 100Gb/s one.

40Gb/s might seem to be a very odd data rate – but it came from some of the major telecoms players who already had 40Gb/s solutions in the telecoms sector (from laser speed modulation ltd). The industry wanted to get return on that R&D expenditure and the LAN (local area network) sector readily adopted it.

There was also a growing and urgent demand for server interconnect and SAN (storage area networks) interconnect speeds far greater than 10Gb/s. A step to 40Gb/s then 100Gb/s was logical progression, and solutions for both speeds were developed concurrently. (100Gb/s used singlemode fibre or a multiplex of 20 multi-mode fibres (10 parallel links operating at 10Gbps), 40Gbps used singlemode or 8 multimode fibres (4x10Gb/s links).

> See also: How to ensure your business doesn't go offline

With both 40Gb/s and 100Gb/s accepted by IEEE as the next speeds in the Ethernet roadmap, the copper manufacturers have weighed in with a very short range twin-ax solution for ToR (top of rack) switching and, now in development, a longer-reach solution (circa 30 metres) could be achieved using the ubiquitous RJ-45 connector and Category 8.

Since the ten times speed at three times cost model was first broken by 40Gb/s some very interesting things have been happening outside of the IEEE which hitherto has been the sole guardian/owner of the Ethernet standards.

What makes this all the more fascinating and war-like is that the push to other Ethernet speeds has been spearheaded through the Ethernet Alliance and the Gigabit Ethernet Alliance by the likes of Google, Broadcom and Microsoft – a collaboration of some of the largest manufacturers and data centres owner/operators. These major players have been joined by multinational manufacturers such as Cisco, Intel and Dell in the agreement of de-facto standards outside of the IEEE.

To promote their respective commercial interests (and recoup their massive R&D investments) these companies have offered the market free access to the proprietary standards they’ve developed – a sure fire way to get them adopted by sectors of the industry as de-facto standards.

What are the new standards?

Amongst others, they are promoting 2.5Gb/s, 5Gb/s, 25Gb/s and 50Gb/s, all of which are in-fills between the currently agreed IEEE standards. This could have been – and behind the scenes probably was – the start of all out Ether-wars.

With the situation beginning to look as though the IEEE was on the verge of losing control of the Ethernet standard (which in reality would probably be a bad thing for the industry) the major companies backing these new Ethernet speeds all lobbied the IEEE. The eventual result was that some, though not all, of the proprietary standard Ethernet speeds are now being considered by IEEE for including on the ‘official’ series of IEEE 802.3xx Ethernet standards.

Why, you might wonder, have these major companies come up with such a seemingly odd set of speeds and why have they gone backwards to introduce infill speeds like 2.5Gb/s, 5Gb/s and 25Gb/s?

Well they are mostly by-product speeds from the development of 10Gb/s 40Gb/s and 100Gb/s and the developers have recognised that some of these intermediate technologies can allow greater speeds to operate over existing network infrastructure, and interestingly maybe operational on the vast installed base of legacy cabling.

For example, although I mentioned that 100Gb/s was initially developed as ten 10Gb/s lanes requiring 20 fibres, a new standard is advancing within IEEE that uses higher speed, higher performance 25Gb/s lasers to create an 8 fibre 100Gb/s link. So this gives rise to the easy possibility of using just one 25Gb/s Ethernet lane on a single fibre pair and a 50Gb/s solution on two lanes (four fibres) or on one lane at two wavelengths. Almost ‘no brainers’ you’d probably agree.

On the copper front, manufacturers have looked at using the established 10Gbps technology (10GBASE-T) to meet the demand for speeds of 2-5Gb/s to feed the new IEEE 802.11ac Wi-Fi access points, they are proposing solutions of 2.5Gb/s on Category 5e cabling and 5Gb/s on Cat 6.

Another interesting development is that the 50Gb/s developments for both fibre and copper could potentially be dual speed products capable of both 40Gb/s and 50Gb/s. In practice this could see 40Gb/s being a fairly short-lived standard as 50Gb/s will become the preferred option.

OK, maybe ‘casualties’ is a bit strong – but even now, not all of the proprietary Ethernet standards are being considered for adoption by the IEEE.

There are doubtless other proprietary Ethernet implementations that will remain excluded – unless of course the developers can gain sufficiently strong level of backing from the market to level another Ether-battle and persuade IEEE to incorporate them into the ‘official’ standards.

As the recent battles in the Ether-wars have shown, giving away a proprietary standard to the rest of the industry is a fairly sure-fire way of gaining ground.

So we’ve seen that 2.5Gb/s, 5Gb/s, 25Gb/s and 50Gb/s appear to make practical and business sense. And although it’s not yet completely certain, it seems highly likely that all of these will be adopted and standardised by IEEE.

The main driver, going forward, would appear to be the exponentially increasing need for speed for server and SAN interconnects.

But what will be the next fastest speed after 100Gb/s? As we’ve seen under the old model it would be 1Tb/s (1000Gb/s ), but IEEE groups are currently working on the 4x multiplier and moving towards 400Gb/s made of four 100Gb/s lanes, 1Tb/s is further down the road.

And given the way that intermediate ‘lane’ speeds are now being turned into standards in their own right, we could see other speeds, such as 200Gb/s, 250Gb/s and 500Gb/s appearing as Ethernet products. It’s too early at this stage to say with certainty.

What we can say for certain is that the Ethernet landscape is having a very severe shake-up forced by the combination of manufacturers’ commercial interests plus a serious market requirement for high speed interconnects on a timeframe that ‘ten times speed at three times cost’ simply couldn’t supply. And the driving force for higher speeds ASAP has also meant that the ‘ten times the speed for three times cost’ mantra is not as hard a rule as it once was.

The data centre giants need these interconnect speeds at almost any cost – because the opportunity cost of not having these speeds is enormous.

> See also: Beyond 10GB: the future of the network

For the majority of the market – medium and smaller data centres plus enterprise networks – economies of scale on the new higher speed Ethernet products thus developed will ripple through the manufacturing system to make these products affordable a year or two later, in time for general deployment requirements.

And, whilst we can already see fibre speeds heading to 400Gb/s, 800Gb/s, 1Tb/s and beyond, we can also be confident that low cost RJ-45 based copper solutions will be achievable at 40Gb/s and perhaps 50Gb/s in addition to the simpler but more expensive twin-ax based solutions that historically always come to the market first alongside fibre solutions.

Whether we’ll see a 100Gb/s RJ45 based Ethernet in due course is difficult to say. Every implementation of higher speed copper to date has been acclaimed as the fastest possible achievable over copper. But then science and engineering have combined to create another ever higher speed copper Ethernet solution. So will we see 100Gb/s copper? I’d say probably, not possibly.

Yes, ether-wars are definitely being fought in the commercial and standards arenas. And whilst there has been adoption by IEEE of some but not all of the proprietary Ethernet speeds it remains to be seen if peace will return or whether we will see a lot more sabre-rattling from the big R&D budget manufacturers and the speed-thirsty major consumers.

My advice to network managers remains the same as always. Stay close to one or more of the top-tier networking infrastructure manufacturers like ourselves who are actually involved in the standards process and the front-line development of these new technology products. It’s really the only way to keep abreast of the rapidly changing technology landscape.